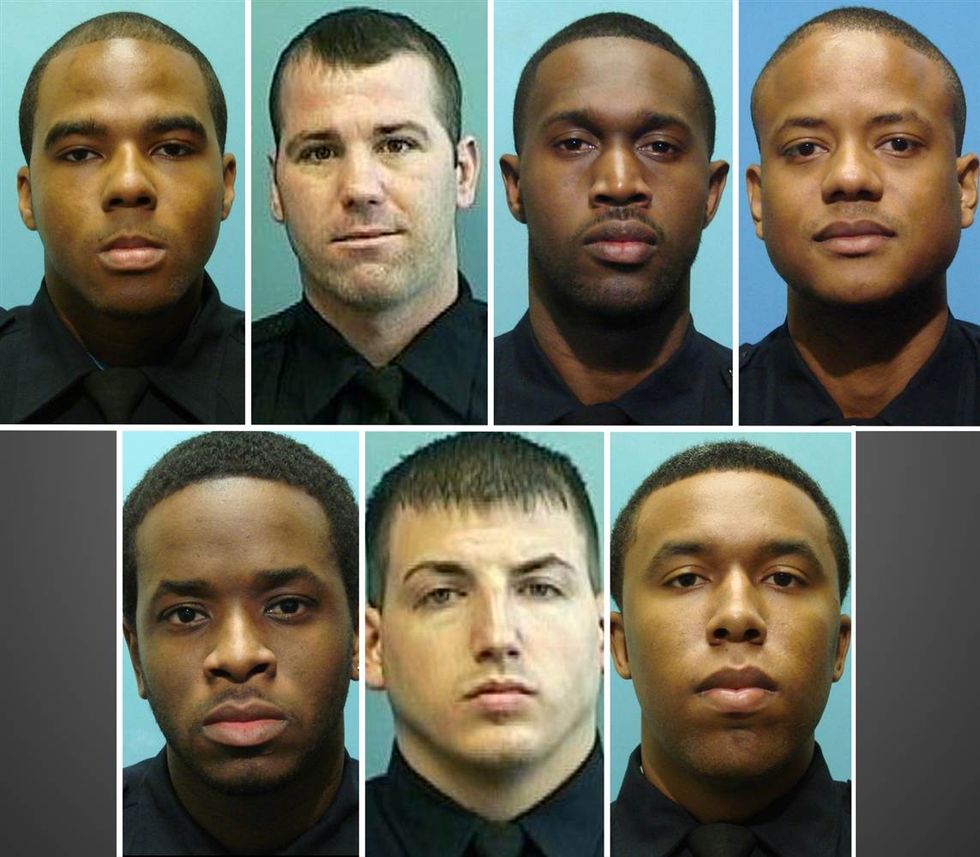 One of the biggest stories you're not hearing about right now is the one about Baltimore cops telling a court how their elite anti-gun taskforce would routinely rob, harass, and set-up suspected drug dealers. Six of the eight officers have pled guilty to charges that range from racketeering and robbery to falsifying reports and defrauding the department; the whole story might as well be a spin-off of The Wire.

Everything started back in 2011 when a 19-year-old New Jersey woman O.D.'d. When investigators started looking into her death they found a local drug crew was working with BPDs elite Gun Trace Task Force. They noticed something fishy when one officer flat out said, "I sell drugs," over a wiretapped phone call in an attempt to help some people shake off an ongoing DEA investigation.

Eight members of the once lauded GTTF ultimately found themselves under indictment for a litany of offenses. While announcing the indictments in March of 2017, then Maryland US Attorney Rod Rosenstein (yes, that Rod Rosenstein) stated:

"They were involved in stopping people who had not committed crimes and not only seizing their money but pocketing it...These are really simply robberies by people who are wearing police uniforms."

To say that these were some dirty cops is disingenuous. On day one of the trial, Det. Maurice Ward testified that he and his supervisor, Sgt. Wayne Jenkins, would drive into groups of people, slam on the brakes and chase anyone who ran (sometimes as often as 50 times a night) just to make an arrest. Ward admitted to profiling anyone over 18 walking with a bookbag, illegally planting GPS trackers, and that they were instructed to keep BB guns in their cars to plant as evidence "in case we accidentally hit somebody or got into a shootout."

So far officers have admitted to lying about overtime pay, costing a city that can't afford to pay its teachers or heat schools hundreds of thousands of dollars, falsifying police reports to cover up their robberies, planting heroin to cover up the death of an elderly man who was killed during a high-speed chase, and "taxing" known drug dealers (AKA extortion).

“If the person complained, they would be admitting to the drugs and the guns, so the majority of the time people wouldn’t complain.”

Another officer plead guilty to taking $200,000 when, after pulling over a suspected dealer, they broke into a basement safe. First they stole $100,000, then they videotaped themselves opening the safe and finding the other $100,000. They even had a cute name for that tactic, they called it a "sneak and peek."

On Thursday, a Baltimore County bail bondsman told the court that he would met with one of the officers on a near-nightly basis. During the 2015 Freddie Gray riots, one of the cops showed up to his house with garbage bags full of pharmaceutical drugs to sell on the street. He said that he would regularly help the GTTF ID top-tier drug dealers to rob or burglarize, and that he kept an unlocked shed where officers could dump stolen items. When asked why he worked with them, he stated the he "evaluated risk every day," and that working with cops who "owned the city"  was "a real winner."

So far, the revelation that these cops were fucking up the people of Baltimore has affected 277 criminal cases, forcing prosecutors to drop 125 while another 71 are now under review. While it's great that innocent people will go free, their bullshit will also let the guilty walk too.

It's not really much of a surprise that Baltimore cops are being accused of corruption as anyone who's grown up in or around Baltimore will tell you. The knee jerk reaction for many people is to point and joke that this is just like The Wire, forgetting the fact that this was, and still is, part of the everyday lives of people in distressed communities like NorthEast Baltimore, or the South and West Sides of Chicago. There are pieces of shit who con their way into wearing a badge so they act with impunity everywhere, and while not all cops are crooked, it really makes you wonder why we keep hearing about "the bad ones."