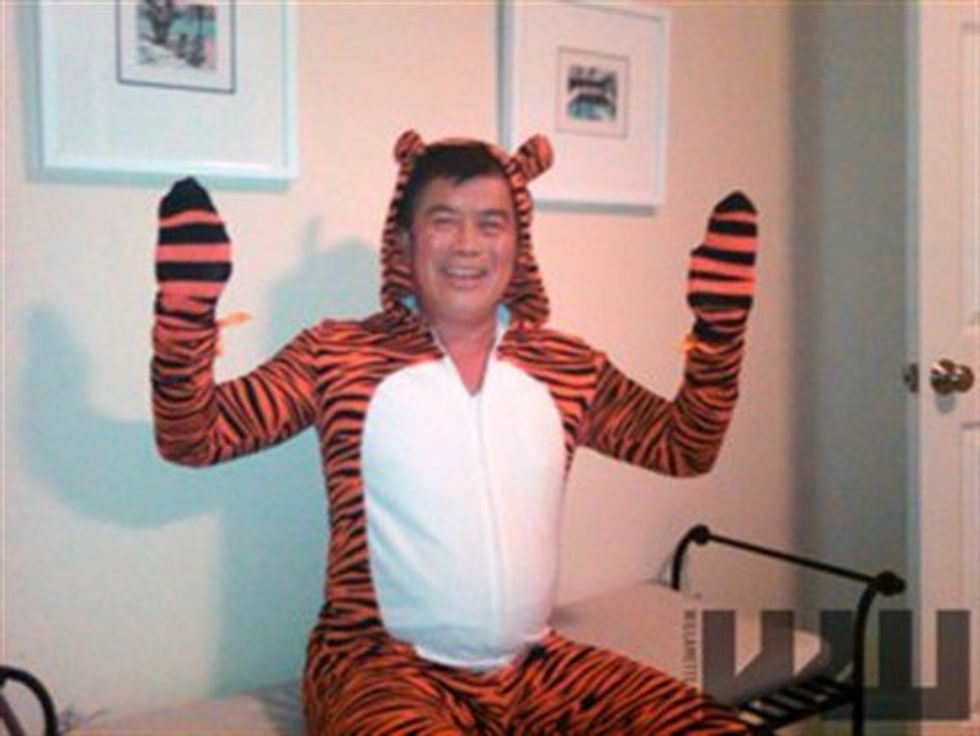 You guys probably remember the weird story of former Oregon Rep. David Wu, whose embarrassing departure from Congress Wonkette never mentioned because he's a Democrat, right? In 2011, Wu was accused of an "unwanted sexual encounter" with a friend's 18-year-old daughter, and resigned in disgrace, although ultimately no charges were brought. (Wu claimed the sex was consensual, like they all do.) So what's he been up to since then? Buzzfeed's Kate Nocera says he's been wandering around Congress and DC like some former high school football player who can't stop "dropping by" the old school three years after he was expelled. David Wu, don't you know that the Matthew McConaughey character in Dazed & Confused is not a role model?

You should really take a gander at the whole sad story, which is awfully good, but here are some highlights of the post-Congress meanderings of David Wu:

Nocera meets Wu for lunch and finds out that he's keeping busy with a lot of odd jobs, some consulting for Chinese companies that want to invest in the USA, and also traveling around our great land, "giving speeches and encouraging young people to get more involved in civic engagement.” He didn't mention which river the van he lives in is currently parked near.

He also has to stay in DC because of his divorce settlement; his two teenaged kids are in school there. After they graduate, he says, he wants to go back to Oregon.

His other big project is an effort to start an exchange program for Chinese and American high school students interested in space exploration, as a goodwill program between the two countries, which are banned by U.S. law from formal exchanges of information on their space programs. If the funding comes together, the plan is for a dozen American kids and some adult chaperones to go visit Chinese space facilities. Wu plans to go along as well, which he appears not to think would set off any alarm bells anywhere -- he also asked Nocera if she'd like to be in the press pool, which she politely declined.

Wu doesn't talk about his resignation with anyone, and he says that while he missed being in Congress "for the first year and a half, maybe two years," he's mostly over that now.

Somewhere in here is a hell of a Coen Brothers movie, don't you think?