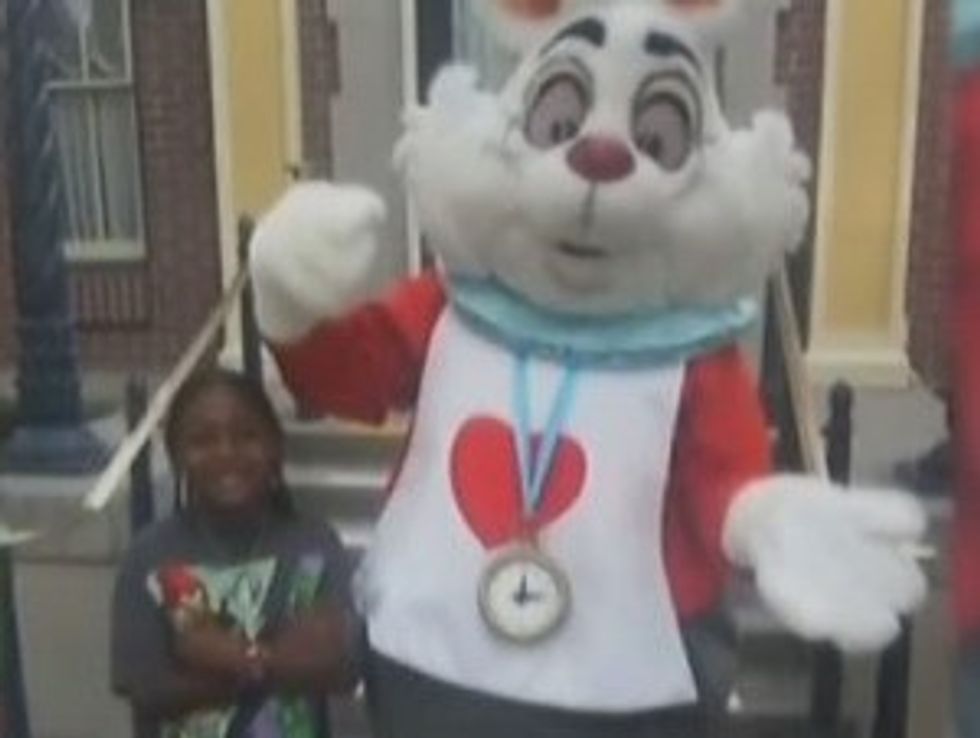 Well! Sure hope you weren't planning on being anything other than sad and angry today, because we bring you a shitty story of misery and suck. Maybe you won't even care, like "Disneyland, commodifying children's dreams, anti-corporatism, OCCUPY!" Well maybe you should shut your fucking piehole, because Disneyland is awesome (if you never, ever, ever, ever go on a weekend), and we took our own sweet son there every year on the Wednesday closest to his birthday from the time he was two until he hit 14 and we didn't care about him anymore. AND IT WAS MAGICAL MOM AND SON TIME AND WE LOVED IT. AND ONE YEAR HIS EYES LIT THE FUCK UP AT THE SLEEPING BEAUTY BARBIE AND WE SPENT $30 ON A FUCKING BARBIE FOR HIM. AND GUESS WHATKEITH ABLOW OUR SON IS NOT GAY.

(This part is the cutest: so his eyes lit up when he saw the Barbie of his dreams, and we literally said "Hey, look over there!" and then handed the clerk the doll from behind our back and it totally worked. Man, three-year-olds. So fucking stupid, amirite?)

Have you noticed we have not yet gotten to the suck and misery? Yeah, we have noticed that too.

An African American family sued Disneyland after the actor who portrayed the White Rabbit character from “Alice in Wonderland” allegedly refused to hug or touch their children because of their skin color.

Jason and Annelia Black of San Diego County said the person in the rabbit costume also acted impatiently as their young kids posed for a picture at the Anaheim theme park.

The Blacks, however, said it was a different scene when a Caucasian family arrived.

“There were two other kids that came up. The rabbit showered them. Hugged them, kissed them, posed with them, and took pictures. Meanwhile, that made my kids feel horrible,” said Jason.

That is fucking horrible. FUCK YOU WHITE RABBIT. We hope Disneyland fired your honky White Rabbit ass and that from now on you will never be able to get another job because when you have to say why you were fired by fucking Disneyland you have to say BECAUSE I AM A RACIST DICK WHO MAKES SMALL LITTLE AFRICAN AMERICAN CHILDREN CRY.

Disneyland offered the Black family $500 and some VIP passes and the Blacks were like, DON'T THINK SO FUCKERS, FIRE THAT BITCH AND APOLOGIZE, and good for them.