Do Right-Wingers Just Not Understand How Buying In Bulk Works? 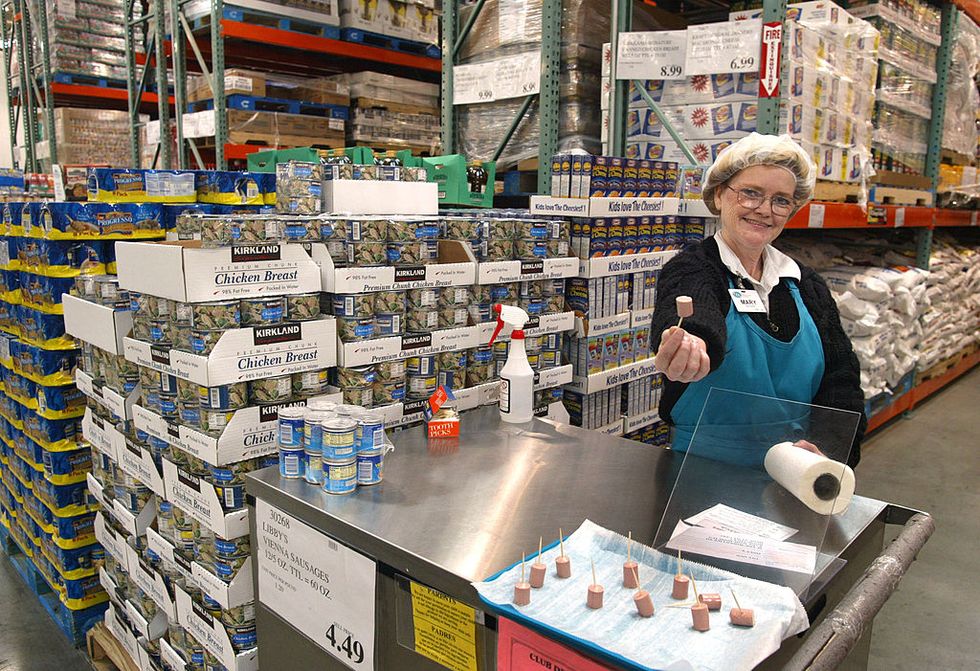 Donald Trump has been very mad at Amazon lo this past ... what-seems-like-forever. His current gripe is that the company is somehow costing the post office tons of money by taking advantage of bulk shipping deals:

Now, it's true Amazon gets a deal on shipping its products. So do other companies that ship lots of products through the USPS. But the rather than costing the post office money, these deals actually brought in $7 billion in 2017, which is pretty good, given that it's not like people are regularly mailing letters anymore.

This deal makes the most amount of economic sense for USPS. First of all, it's guaranteed income. Second, Amazon drops their products off themselves at the post office in large quantities, meaning there's less work for postal workers than if they had to come and pick up just one package from a store or a person's house.

Part of the reason we know they're turning a profit is because there is a law that essentially requires them to do so. In 2006, a lame-duck Republican Congress passed the Postal Accountability and Enhancement Act, which gave USPS 10 years to fund worker pensions and benefits for the next 75 years -- which costs them $5.5 billion a year -- and also prohibited them from raising postage rates. This, as you might imagine, was not due to any great love for workers and their pensions, but because Republicans wanted the post office eliminated and replaced entirely by private companies. So actually it's deals like the one with Amazon that are saving the post office. They don't give Amazon this deal out of the kindness of their hearts, but because it is a good deal for them.

Could the USPS charge Amazon and other bulk shippers more? Sure! But they would then run the risk of losing Amazon to competitors who offer bulk shipping. As any smart shopper knows, it is cheaper to buy in bulk than it is to pay retail. The reason for this is simple -- a guaranteed sale of lots of a product at a slightly lower price is a better deal for the company than selling one product at retail price. It's why Costco exists -- or Sam's Club, if Costco is too much of a socialist paradise for right-wingers to relate to. It's why I spent two years of my life ringing up 10-for-$10 earrings at Afterthoughts in the mall, and why Amazon gives me a deal on my "subscribe and save" bulk purchasing of Medaglia D'Oro instant espresso. It's also why when you buy something on sale, you're usually not allowed to return it. There's a give and a get that goes along with all of this. The post office is giving, but they are also getting.

I used to think everyone knew how this works. Then again, I was raised in the church of Marshall's and Costco and "Guess how much?" If we had a family crest, it would read That's How They Get You and it would be fashioned from repurposed thrift store ties and duct tape.

However, this appears to not be the case! Perhaps conservatives, like Donald Trump, simply have no idea how buying in bulk works. So much for fiscal responsibility!

This would explain why they don't understand why national health care would be cheaper overall, and also, frankly, why they don't understand that collective bargaining (unions) leads to better wages and benefits for workers. Other countries get cheaper prescription drugs because they are, like Amazon, like Costco customers, buying them in bulk. This gives them more leverage to negotiate drug prices. This is also the purpose of insurance companies, but because insurance groups are a lot smaller than entire countries, they don't have that same leverage. If all of America were one big insurance group (and were not legally forbidden from negotiating drug prices as we are with Medicare), we would also be able to demand lower prices.

What this comes down to, I suspect, is a general lack of understanding that an individual bargaining for one thing does not have as much leverage as a person or a group bargaining for multiple things. They're the ones standing at the cash register arguing that it's unfair that they have to buy one thing in order to get another thing half-off.

It would also somewhat explain this confounding question I came across on Reddit about boycotts. Maybe. It is also very possible that this person is just extremely stupid:

We are so glad that our readers band together to collectively fund Wonkette! Click here to tip us!