Does Mitt Romney Support The Equal Pay Act? He Will 'Get Back To You On That' 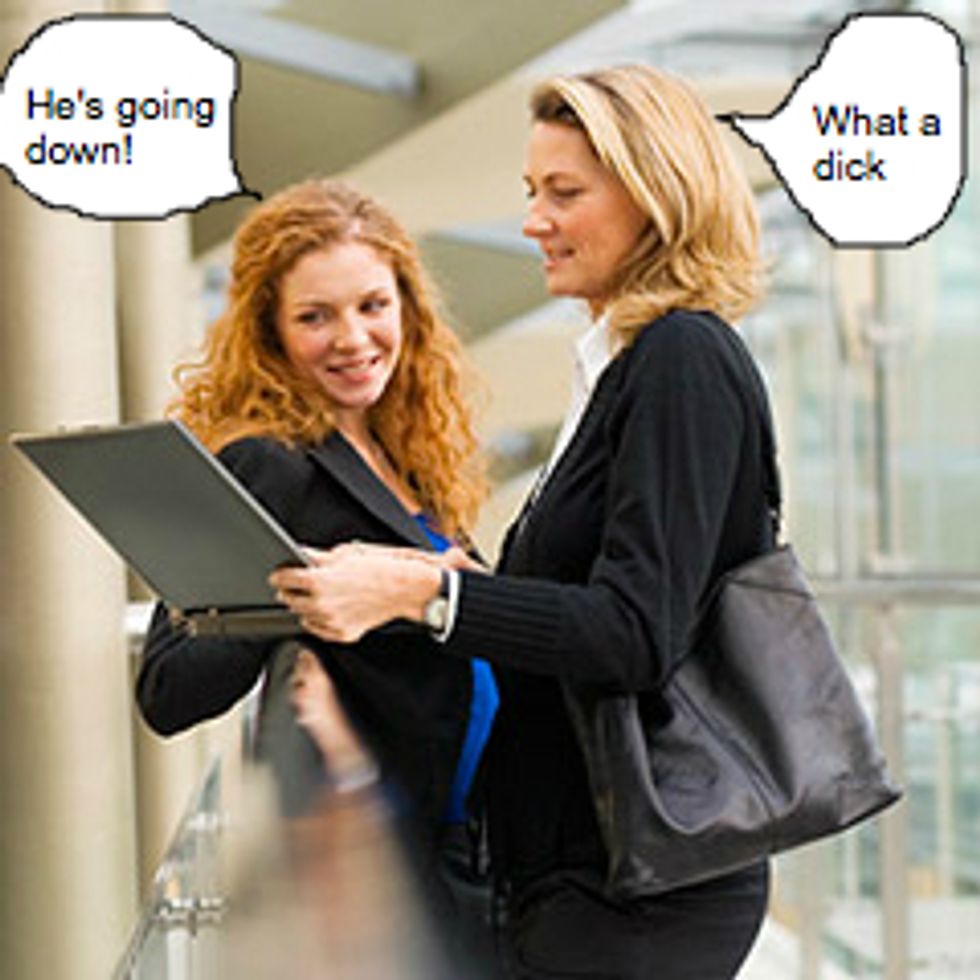 Biggest loser Mitt Romney employs some real lumps, as evidenced by a spokesperson's comment Wednesday regarding the Lily Ledbetter Fair Pay Restoration Act, which, in the words of its namesake, and YOU SHOULD KNOW THIS, but, heh, Mr. Romney doesn't, "ensures women have the tools to get equal pay for equal work." When Huffington Post reporter Sam Stein asked during a Romney conference call whether Romney supported the act, there was a long pause, and then a gentleman responded, "We'll have to get back to you on that." A million political years later, another spokesperson, who may or may not have a Twitter Problem, finally coughed up a response -- on Twitter, because that is where she feels most comfortable. It went something like: (flirtatious eye roll, dismissive hand gesture): "You sillies." Away from the prying eyes of Twitter, a vase of flowers was thrown across a room.

There is some backstory here, namely that the Romney camp has been saying things all week about how the "war on women" was really started by General Barack Obama, and that "92 percent" of jobs lost under the Obama Administration have belonged to women. QUE? So! Among other things the conference call was, not that the Romney camp even knew this, intended to delve deeper into those remarks.

Here is the audio from the conference call!

Romney campaign declines to answer my question about whether the governor supports the lilly ledbetter act, syas they'll get back to me

OH BUT THEY ARE BACK! Watch your back:

Women account for 92% of jobs lost under Obama. Of course @MittRomney supports pay equity for women. Does Obama support jobs for women?

As an aside, can you imagine having Mitt Romney as your Twitter wallpaper, as Andrea Saul does?

Anyway, very quickly, the Obama team got Lily Ledbetter herself to release a statement on Romney's non-remarks:

I was shocked and disappointed to hear that Mitt Romney is not willing to stand up for women and their families. If he is truly concerned about women in this economy, he wouldn’t have to take time to ‘think’ about whether he supports the Lilly Ledbetter Fair Pay Act. This Act not only ensures women have the tools to get equal pay for equal work, but it means their families will be better served also. Women earn just 77 cents to every dollar that men earn for the same job, which is why President Obama took decisive action and made this the first bill that he signed when he took office...

Andrea Saul got off Twitter for a sec to tell the media that they are being DICKS! No, really, just to say that, in the words of Talking Points Memo: