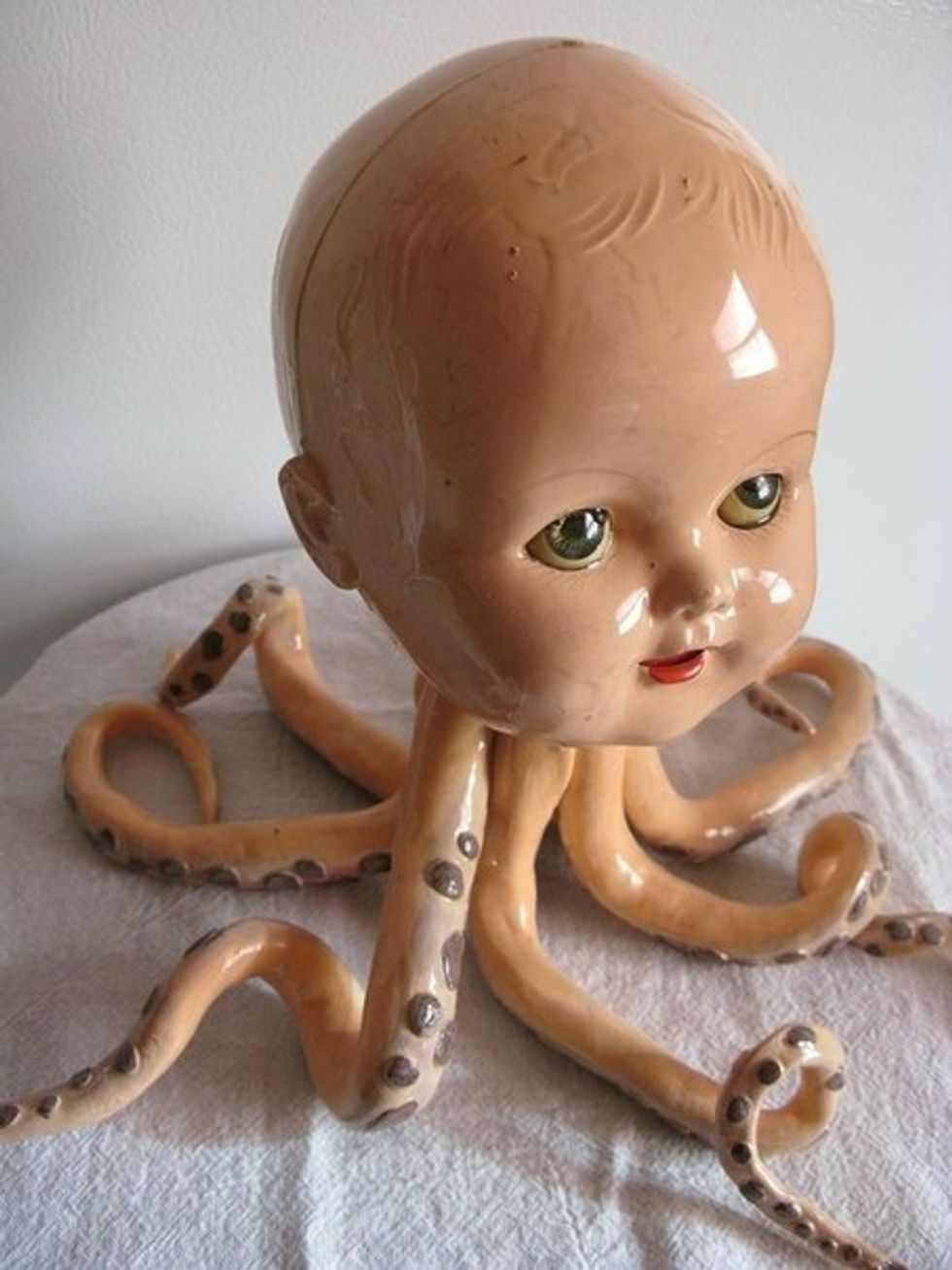 It's taken a while, but now that the government is in the hands of the party of Family Values And A Little Bit Of Child Molestation, the Justice Department is investigating whether Planned Parenthood made big profits selling chop-shop fetal parts to medical researchers on eBaby. Which it didn't, as any number of state investigations and an investigation by the House Oversight and Government Reform Committee already found, but that hasn't made the fake accusations raised in some bogus 2015 videos go away. So of course it makes perfect sense that the DOJ is now launching yet another investigation of the already-debunked claims, because, like defunding ACORN, this is one of those things the right simply will not let go.

The Daily Beast broke the news yesterday that the

head of Justice’s office of legislative affairs has sent a letter to the Senate Judiciary Committee asking for documents from its investigation of Planned Parenthood’s fetal tissue practices. The Daily Beast reviewed the letter, which says the requested documents are “for investigative use.”

Justice wants to look over the documents collected by Republicans on the Judiciary Committee for a report they released last December called "Human Fetal Tissue Research: Context and Controversy." When Judiciary chair Chuck Grassley dropped the report into the public record following the election of President Pussgrab, it generated little news, but now its recommendation -- that the FBI investigate the operations of research companies that did research on fetal parts obtained from several Planned Parenthood affiliates, particularly the "specimen service fees” charged by the companies for processing the fetal tissue -- has taken seed. (I see what we did there.)

Planned Parenthood made clear at the time of the deceptively edited videos' release that it only charged for the costs of transferring donated fetal tissues, and has since stopped accepting any reimbursement at all from biomedical researchers. When the report was released last winter, Planned Parenthood said Grassley's investigation hadn't found any wrongdoing:

“Planned Parenthood’s standards have always gone above and beyond what the law required,” said Dana Singiser, the organization’s vice president of government relations. “As investigation after investigation has shown, Planned Parenthood has done nothing wrong. Senator Grassley’s report attempts to paint a nefarious picture of the simple re-formatting of a document—showing once again that there is no actual wrongdoing to point to.”

At this point, the records are intended for investigative use only -- we understand that a resolution from the Senate may be required if the Department were to use any of the unredacted materials in a formal legal proceeding, such as a grand jury.

The letter doesn't mention Planned Parenthood by name, but it sure has anti-abortion groups in a frenzy, calling on Congress to immediately cease all funding of Planned Parenthood, now that it's under federal investigation for possible trafficking in baby parts hidden inside high-priced knock-offs of designer handbags.

Mind you, the actual Judiciary Committee report doesn't appear to have found any evidence of Planned Parenthood or its affiliates making any profits from tranfers of fetal tissues -- pages 3-5 of the report look at the possibility that some of the companies Planned Parenthood provided fetal tissues to may have transferred tissue to third parties and charged more than they had reimbursed Planned Parenthood, which is the only evidence of "profit" the report mentions. The report also dings the Planned Parenthood Federation of America for not having what the committee considered adequate oversight of its affiliates to ensure that no fetal tissue was "sold," but that section (pages 5-7) only manages to claim the organization should have exercised tighter oversight -- not that the affiliates had actually violated any laws. Grassley insisted that this rose to the level of something that needed investigating.

Of course, that took a rather involved paragraph to explain, and it's much quicker for anti-abortion groups to scream that Planned Parenthood is now under FBI investigation for selling baby parts, so you know how the rest of this narrative goes.

Now all we need to wrap the story up with a bow is a Fox News piece accusing Democrats of waging the real war on women because if the tax cuts don't pass, rich girls will lose the will to work hard, will drop out of boarding school instead of pursuing MBAs, and then have abortions.

Yr Wonkette is supported by reader donations. Please click here to send money. If you formerly made monthly donations through Amazon, please re-up your monthly support through PayPal or Stripe, because Amazon Pay has decided to be a butt.