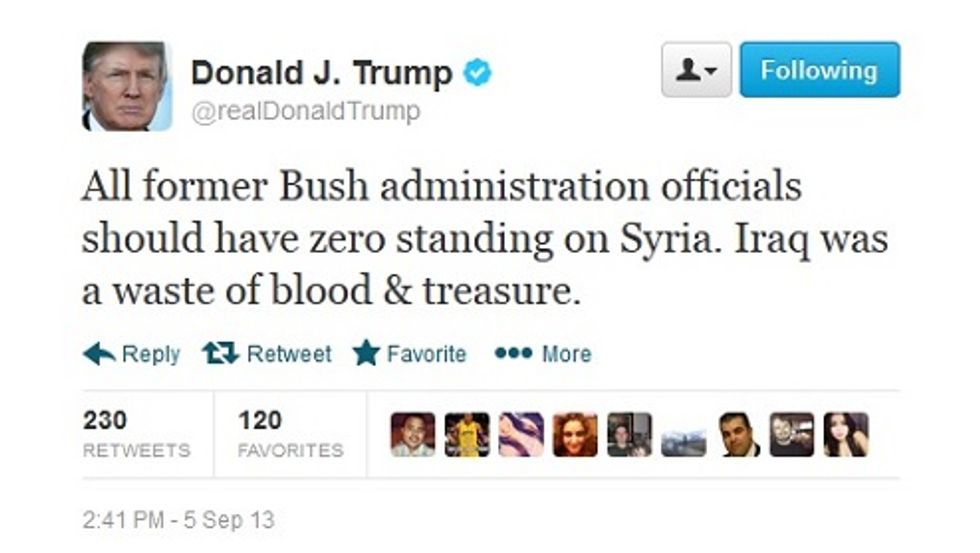 Can we just say that it can be a little nauseating to see so many Republicans saying a lot of the right things about Syria for all the wrong reasons?

Of course, if Syria had any substantial oil reserves, the totally-serious-this-time possible presidential candidate might be singing a different tune, like that one time, so very long ago (March of this year) when he addressed CPAC and advocated re-invading Iraq so we could seize its oil and "pay ourselves back," because THAT would be such an excellent freakin' use of blood and treasure.

He's a man of ideas, you know. Ideas about oil. Oil that we should take.