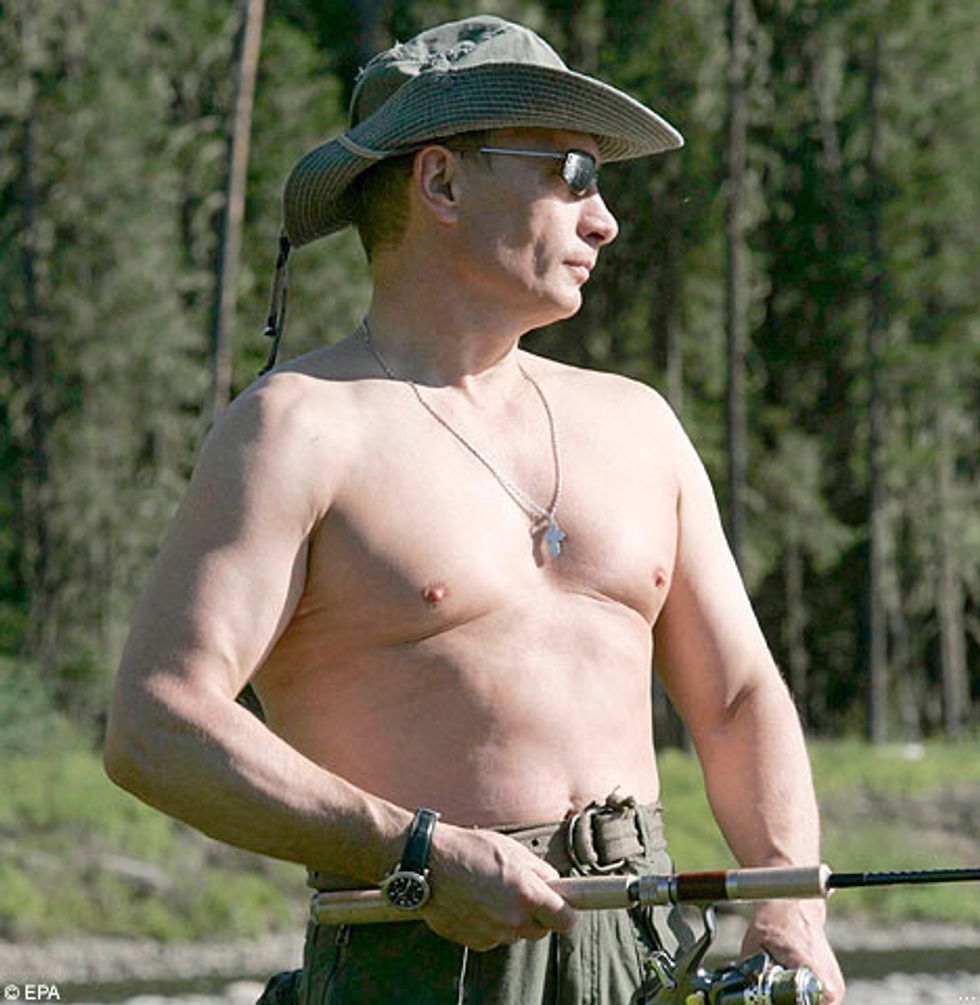 Sure, Vladimir Putin may be a murderous thug who, some say, poses such a gimungous threat to freedom and democracy and the US of A that some Republicans have vowed to block him on Facebook and not even return his sexts if they are elected president. But at least Pooty Poot Poot isn't a pussy. And isn't that really what matters?

After declaring Donald J. Trump a "bright and talented person" and undisputed frontrunner in the race to lose to Hillary Clinton next November, Putin received a reciprocal sack squeeze from his ideological twin, The Donald, on MSNBC's show about coffee:

MIKA BREZEZINSKI: Do you like Vladimir Putin's comments about you?

DONALD TRUMP: Sure. When people call you brilliant, that's always good. Especially when the person heads up Russia.

JOE SCARBOROUGH: Well, I mean, it's also a person that kills journalists, political opponents, and invades countries. Obviously, that would be a concern, would it not?

TRUMP: He's running his country, and at least he's a leader. You know, unlike what we have in this country.

Say what you will about the tenets of a federal semi-presidential republic, Joe, but at least it's an ethos. And the journalists murdered under Putin's regime probably had it coming.

SCARBOROUGH: But again, he kills journalists that don't agree with him.

TRUMP: Well, I think our country does plenty of killing also, Joe. So, you know.

No, we're not sure we do know. We're accustomed to hearing all about how President Obama is a tyrannical dictator for allowing the IRS to do its job, for trying to do some kind of a thing about global warming, for talking to the leaders of other countries, for being a black president in the White House. That is, when he's not being an un-Putinesque girly-man. But certainly if he were to invade some countries, kill some folks, and disappear his political opponents, well, that would make his critics like Donald Trump applaud and cheer and say, "Finally! Leadership!" Besides, Morning Joe, Putin might do stupid things, but who doesn't these days?

We shudder to imagine what question Trump would have preferred Joe ask him.