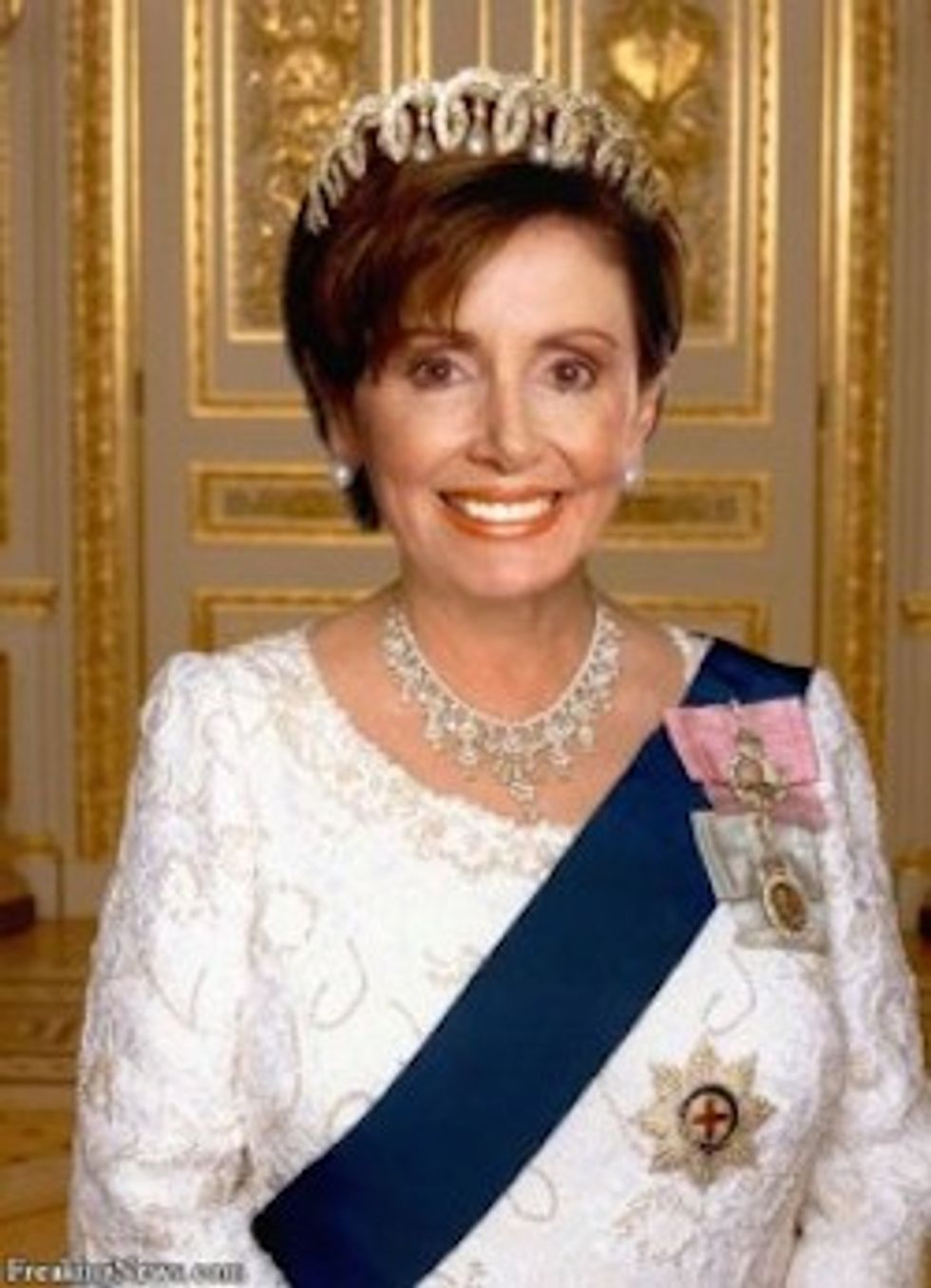 Donald Trump went on the Fox & Friends yesterday and said many stupid idiocies about who was to blame for the death of Navy SEAL William "Ryan" Owens (hint: you want that guy, Not Trump, over there), and we already wrote that for you! But we missed the part about how also Nancy Pelosi is to blame. For the death of Ryan Owens? No, just for being!

Trump: I think she's incompetent, actually, if you look what's going on with the Democrats and the party, it's getting smaller and smaller, you know, in a certain way I hate to see it, because I like a two-party system and we're soon going to have a one-party system, I actually think a two-party system is healthy and good, but she's done a terrible job.

Trump: Well I don't think she's a good spokesman, she's wrong. There are those who say I've done more than anybody in a hundred days, look at all the money I've saved!

Yeah, about that money, you've saved, Mr. President? We think you might be talking about you. You've saved money for you. By charging the US government rent to protect you, and your family in New York, and your family partying down in Dubai. That $12 billion you pulled out of your ass as savings in your very first month? That was Bamz doing what Democrats do, and leaving a surplus. On behalf of US America, and also Bamz, you are welcome!

And your record-breaking first month, of breaking records (we mean besides bragging about applause for a dead man last night), lol yeah, getting a whole bunch of executive orders struck down by the courts isn't usually seen as "done more than anybody," and "those who say" it is are lying to you so you won't tweet embarrassing stuff! Unless you mean you've "done more than anybody" to strike fear into the hearts of minorities? You have done a bang-up record-breaking job of that!

But that is not important, that is just you lying because it is a day. No, what we're interested in here is Nancy Pelosi: Is She Incompetent? So we have decided to wonksplore!

JUST KIDDING! Those incompetent people were all either Paul Ryan or John Boehner, NOT NANCY PELOSI. But sure, let's blame Pelosi for the fact that Democrats are FOR SURE about to go the way of the Whigs, and don't in fact have millions more voters in the country than Republicans do, because it's mos def her fault the state legislatures in 2010 all gerrymandered the fuck out of their Congressional districts so that millions more votes translated to hundreds fewer House seats.

Here, we stole you a chart!

So we have wonksplored, and our investigation has returned the answer, "no, Nancy Pelosi is not incompetent," you're welcome, Mr. President and also any fake lefties who have demanded she step down while also taking $4 million investments from Republicans, but, you know, it's everyone else who's corrupted by money, not them.

Wonkette did not get $4 million from A SINGLE Republican, AND we took out our ads! We are supported only by Readers Like You.