Donald Trump Coming For Your Guns Like A Common Barack Obama 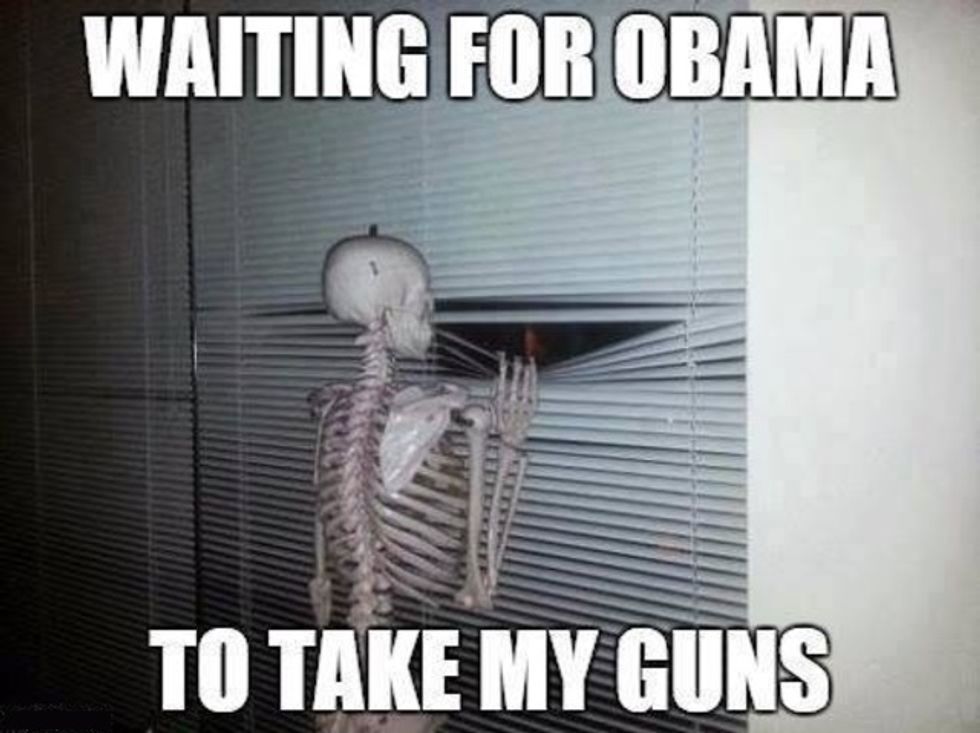 Or Trump. He's stupid enough to actually say that stuff.

Donald Trump said at a meeting with congressional leaders yesterday that he'd be open to a whole bunch of gun-grabbing ideas. It's almost 24 hours later and we're way behind the news cycle on this -- it lasted 22 minutes -- but he did at least briefly worry a few second amendment absolutists before they all went back to calling the kids from Parkland, Florida, a bunch of crisis actors.

In what would be truly worrisome talk for a normal president, Trump said some very stupid stuff when Mike Pence said "violence protection orders" might be a good idea, since they could allow authorities to seek a court order to disarm someone who's made threats of violence. Such a policy could "give families and local law enforcement ... the ability to go to court, obtain an order and then collect not only the firearms but any weapon" from a potentially dangerous person. Pence started to say it would of course be vital to ensure that due process was respected, but Trump wasn't having any of that liberal wussiness with "court orders" and "due process":

"Take the guns first. Go through due process second," President Trump says at a meeting with bipartisan lawmakers. "I like taking the guns early." https://t.co/lQkq3krCWspic.twitter.com/0iPywBQ66b