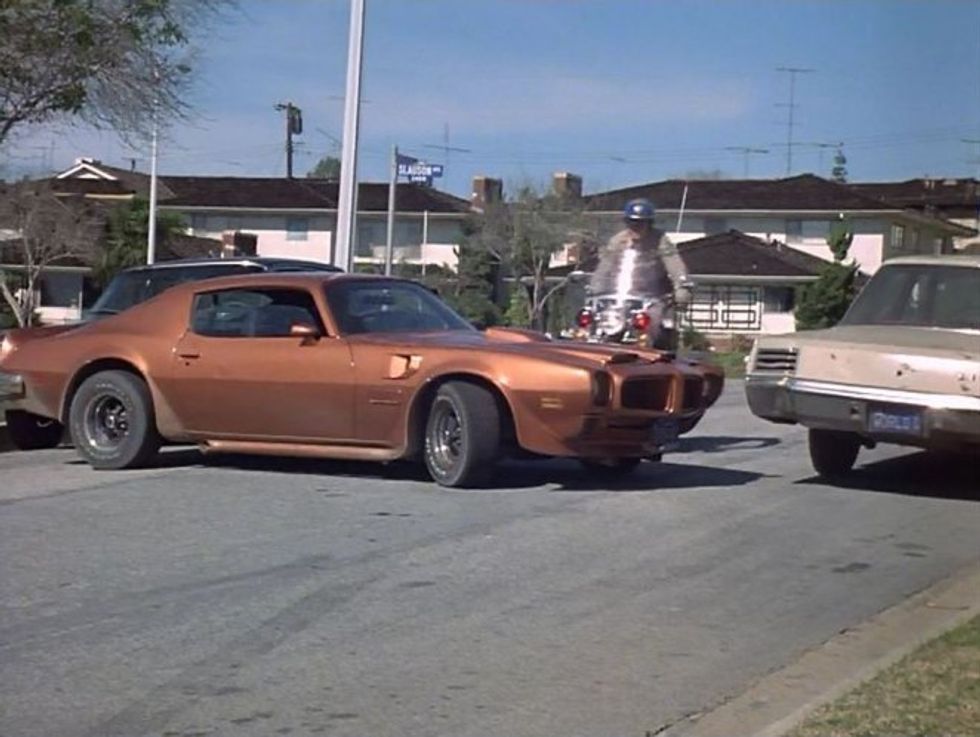 Since the Legendary Days of Horrors Past when our SPY magazine would arrive by postal mail with yet another vicious attack on short-fingered vulgarian Donald Trump, people have wondered about the uncouth troglodyte's horrible hairpiece thing hanging over his neanderthal forehead and beady eyes. Now, perhaps, the mystery is solved: The Donald is either building a tower of comb-over strands as cheap and ugly as his awful buildings, or he's got a wood-grain scalp tattoo.

During his thirty years on the public stage, Donald Trump has been a living embodiment of the old chestnut, "Money can't buy class." His buildings look like something a 1970s Saudi playboy would design, or the architectural equivalent of a 16-year-old finding a bag of money and blowing it all on a metal-flake gold 1981 Pontiac Firebird. None of his various wives would look out of place in a miniskirt outside a truck stop on the Czech-German border. And his suits look like something you'd see in a Century 21 real estate office about fifteen years ago. The man defines "tacky."

This is a guy who has defaulted on hundreds of millions of dollars of loans, a fly-by-night scam artist who skims enough off the top to keep himself in giant gemstone pinky rings and, we assume, rotating mattresses with gold-flecked mirrors on the ceiling. Imagine Elvis Presley with no talent, no looks and even less taste -- that's Donald Trump, a junk-bond gnome so gauche that he makes the cast of Jersey Shore seem genteel.

The hair-thing is just another problem entirely. You would think he could buy better hair, but that would imply he knows what better hair might look like. Whatever, that criss-cross thatch flop of dyed-orange strands has become a trademark of sorts -- the better to avoid those beady red eyes -- so who cares if it's actually a wood-grain scalp tattoo semi-covered in a lattice of brittle, old-man's dyed-orange hair? WHO CARES AT LEAST HE ISN'T BLACK!!!! [Vanity Fair]