Donald Trump Imports Waitstaff From Mexico, To Keep An Eye On Them Probably 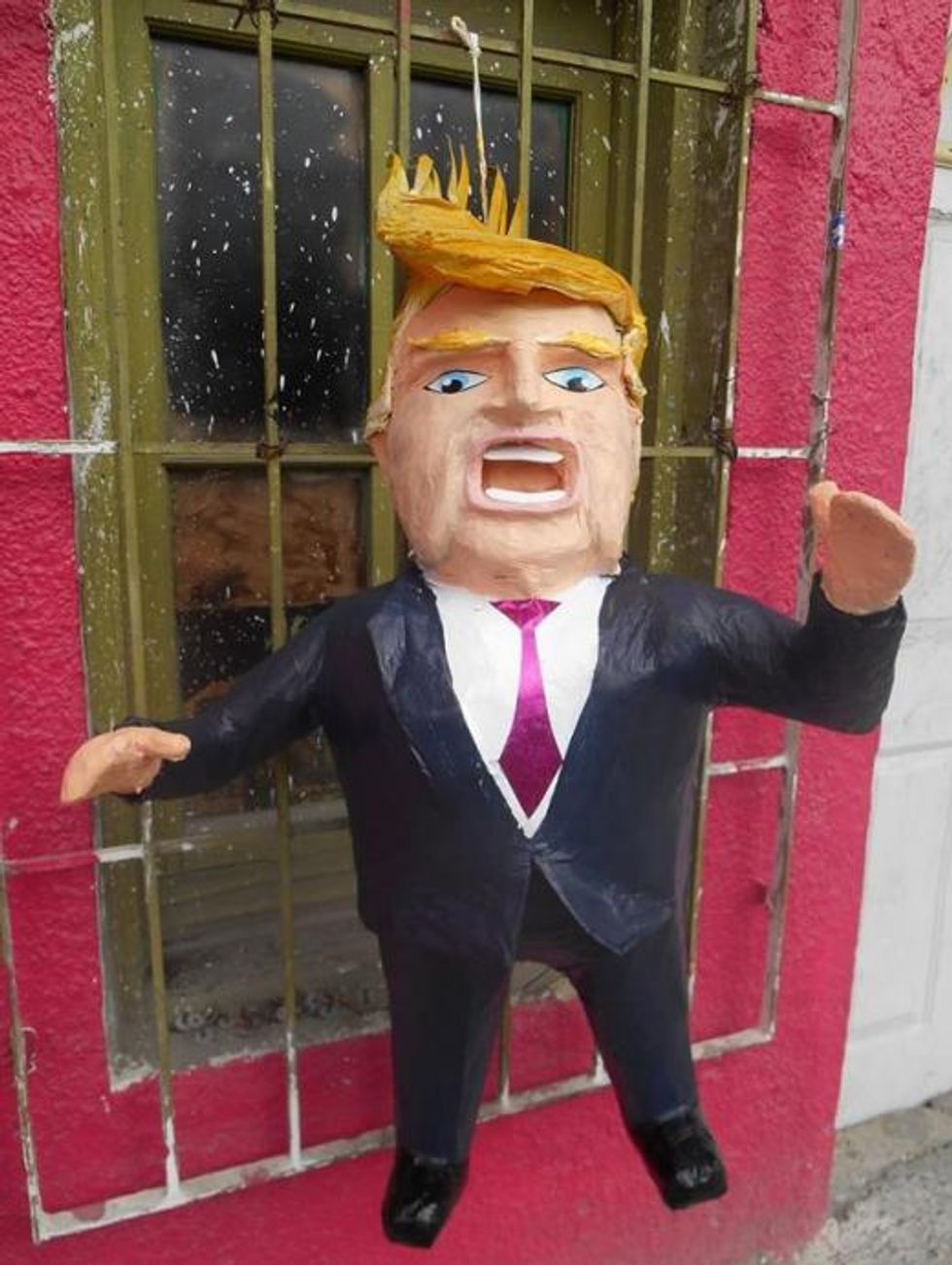 The greatest jobs president God ever created is doing a fantastic job of creating jobs in America, even before he's president. Donald Trump's hotels and resorts have been especially good at creating jobs for foreign workers, according to an investigation by Reuters published Sunday. Not that this in any way contradicts his promise to bring all the jobs back from China and Mexico, because Donald Trump had a really good reason for getting visas for all those foreigners: They were cheaper, like the immigrant workers building his hotel in Washington DC. Look, the guy's a businessman, and maybe China made him do it, just like it forced him to make his crappy Trump-branded clothing line in China. And if Donald Trump were president, this outrageous practice would stop, unless it were still profitable.

Reuters analyzed Labor Department data and found that companies owned by Trump "have sought to import at least 1,100 foreign workers on temporary visas since 2000 ... Most of the applications were approved, the data show." Most recently, Trump's Mar-a-Lago resort in Florida applied for visas to bring in 70 jobs that apparently no American candidates could be found to fill, highly technical jobs like "cooks, wait staff and cleaners." But Trump probably had no choice in the matter because of the terrible things Obama has done to our economy, we bet. The Reuters piece identified nine Trump-owned companies that sought temporary visas for "waitresses, cooks, vineyard workers and other laborers," as well as managers for golf courses and hotels -- the kinds of highly specialized jobs for which there are not enough American workers. And then there's this:

The report did not specify how many foreign wives Trump has also imported.

Neither the Trump campaign nor "a lawyer for the businessman" would comment on the story, Reuters said. We'll assume the lawyer had to be someone other than Trump's Mini-Me, Michael Cohen, who definitely would have had something stupid to say about it.

Most of Trump's foreign workers were brought in as part of the H-2B visa program, which is meant to allow employers to import foreign workers for temporary, seasonal jobs, but employers have to first show that they've tried and failed to hire Americans first. Reuters notes that most H-2B come from Mexico, although it didn't specify whether Trump was importing any rapists or murderers, or if he has a screening process to only get "good people." We assume he only hires the good ones, because that's the kind of guy he is. Terrific people who love their families and want to work hard for Mr. Trump.

While not alleging any specific abuses of the program or workers by the Trump companies, Reuters notes that loose oversight of the H-2B program has led to problems:

U.S. government watchdogs have criticized the H-2B and H-2A programs over the years for failing to protect foreign and American workers alike.

In 2003, the Labor Department Inspector General said: “Abuses of these programs may result in economic harm to American workers and businesses, exploitation of foreign workers, and security risks associated with aliens who are admitted to this country by fraudulent means.”

This year, the Government Accountability Office published a report saying that workers in the country on H-2A and H-2B visas have experienced abuse, including being charged illegal recruiting fees, substandard housing and low pay.

We can't imagine that Donald Trump would have a problem with substandard housing or low pay for his workers, but the question must be asked: How does he know he isn't importing terrorists? He can't say for sure who might be hiding in a Trump hotel laundry room, just biding their time until they can bring down America.

Yr Wonkette would like to thank Reuters for its careful look at this Labor Department information, and we also hope that the question of importing foreign waitresses and cooks comes up at Thursday's Republican debate. Does Donald Trump really believe that Americans are incapable of waiting tables? If nothing else, it should be fun to see what bullshit he comes up with to explain this story away.