Donald Trump Knows Who Broke The Glass Ceiling, And It Is History-Making Donald Trump 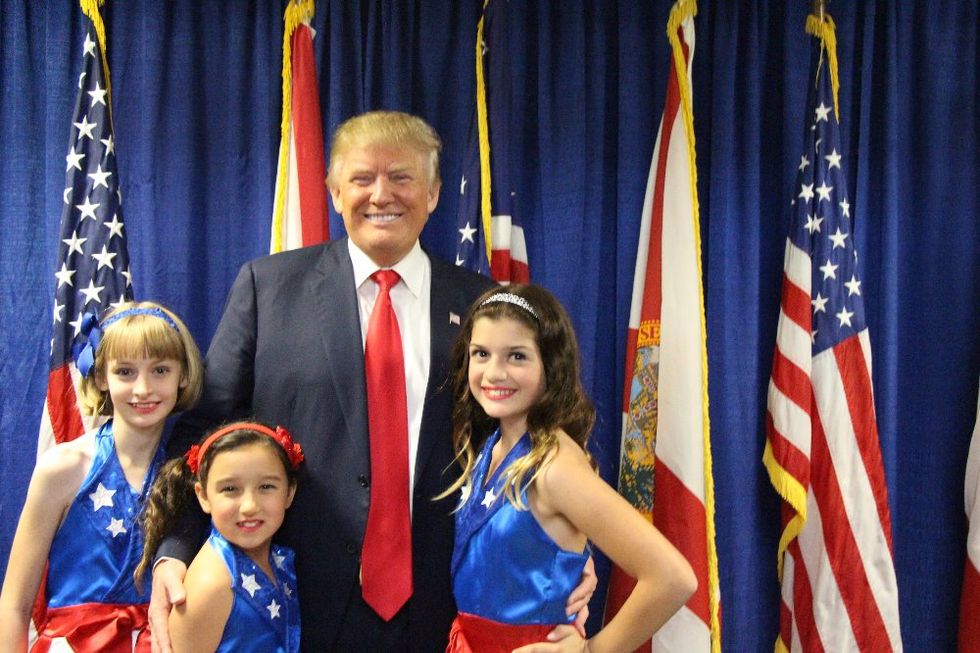 Trump for a more feminist future

As Donald Trump has reminded us many times, he is very popular with women. Just as he is very popular and beloved by "the Hispanics" and "the Blacks," and he is going to win with all of them. Sure, sure. All the "polls" keep saying that the vast majority of people in these demographics actually cannot stand him, but what do they know? They are probably not even asking the ones Trump is talking about. And sure, those people may only exist in his imagination, but does that mean their votes don't count?

In an interview with Trump last night, Bill O'Reilly suggested that the whole reason why anyone was saying that his smearing of U.S. District Judge Gonzalo P. Curiel was racist was because they wanted to make him unpopular with "the different groups" so that he wouldn't win the election. Trump explained that he is actually very popular with all those groups, in his own estimation, and will win with them.

Trump further explained just why he is so popular with the women he imagineered! It is because, back in the '80s, he broke the glass ceiling ALL BY HIMSELF, by hiring ladies in construction. (What is the glass ceiling, youngsters? It is a metaphor for women who stop being promoted at a certain point in their careers -- because they are women -- and can watch as the men are promoted above them. Currently, there is a "glass ceiling" to the US presidency. It is about to be broken.) Anyway, yes, Trump is a glass ceiling breaker, you heard it here first.

“I have great respect for women,” Trump explained in all seriousness. “I was the one that really broke the glass ceiling on behalf of women more than anybody in the construction industry. And my relationship, I think, is going to end up being very good with women.”

Wow! Hiring women to do jobs! In the eighties? That is bonkers! This is like the time he so progressively allowed black people and Jewish people to join his Mar-a-lago Club as early as the 1990s!

And obviously, his relationship with the womenfolk is gonna be GREAT. Because we love being called bimbos and dogs and having our reproductive rights taken away. Donald Trump is totally going to neg us into loving him. Because that is a strategy that works! Just ask dudes on the internet who claim to get a lot of action and are definitely not lying about that at all!

After Trump congratulated himself for all his glass ceiling breaking that he did, O'Reilly asked him about the Boston Globe's report that he pays women on his campaign less than he pays men.

Now, the answer is not actually no (of course it is not), but the interesting thing here is that Trump knew the questions he was going to be asked ahead of time, which is a big ol' no-no unless O'Reilly actually tells his audience that a guest received the questions ahead of time, which he did not do. Weird! I guess Bill O'Reilly and Donald Trump are just rebels playing by nobody's rules but their own, and living in their own version of reality.