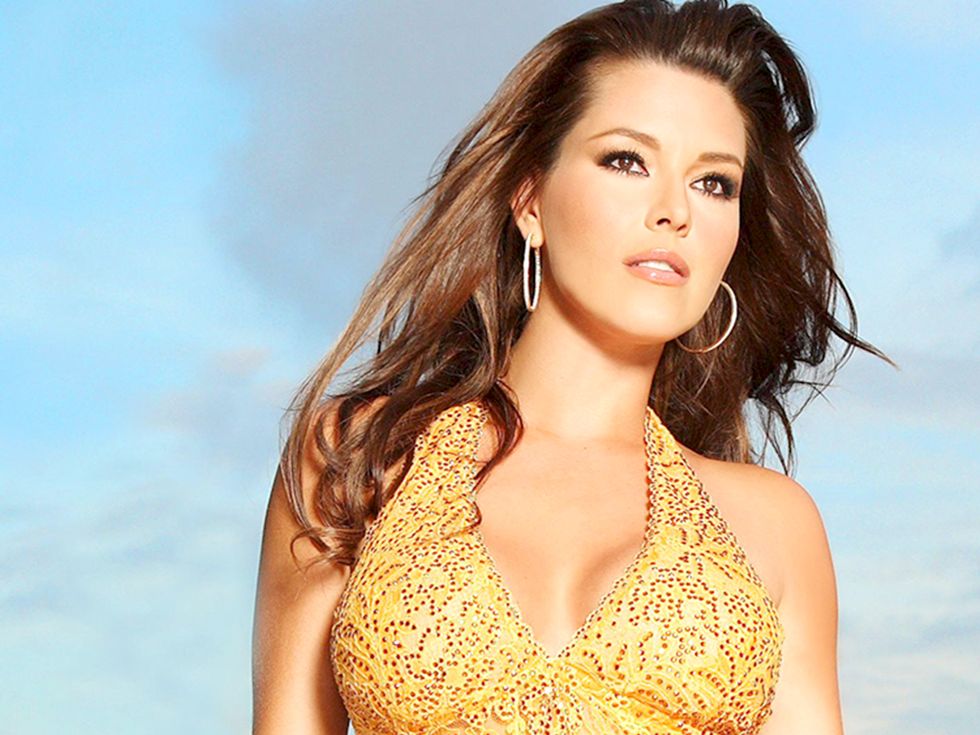 not the next Mrs. TrumpPerhaps you read the New York Times's deep dive into"Donald Trump, Grody Scumbag," wherein it interviewed more than 50 women, and came away from it thinking "meh." Perhaps it was the paper's stilted, stentorian language; while it alluded to Ivana Trump's sworn testimony in their divorce proceedings that he had violently raped her while pulling out clumps of her hair, and mentioned those times he said he would totally bone his hot-ass daughter, the primness of the language hid a lot of sins. Oh, did he creep on a bunch of Miss Universes? Sure, but if that and "here put on this Princess Leia bikini" were the worst of it, he dodged a Ted Nugent's machine gun worth of bullets.

Here, though, is a (sadly not embeddable) interesting video. A Miss Universe we met in the Times piece, who explained in the story that he was always calling her a big fatty, talks to Jorge Ramos about the cute nicknames Mister Trump had for her: Miss Piggy, Miss Eating Machine and Miss ... Housekeeping? Yes, Miss Housekeeping.

Mister Trump was probably just joshing the former Miss Venezuela, as Mister Trump is well-known for his beneficent, gregarious sense of humor. As a man who cherishes women and loves the Hispanics, who will vote overwhelmingly for him over whatsername, the one who can't stop murdering people, he would never call someone "Miss Housekeeping" in a DEROGATORY way. He probably meant it as a paean to her hard work ethic and bootstraps, like the kind he pulled himself up by with just one little multimillion dollar loan and billion dollar inheritance.

What, Alicia Machado, are you ashamed of hard work? Should housekeepers feel BAD about themselves? Why are you ragging on poor people, whom Donald Trump loves? Alicia Machado is sexist, racist, and classist, it is just QED.