Donald Trump Sick And Tired Of Being Hassled By The Man 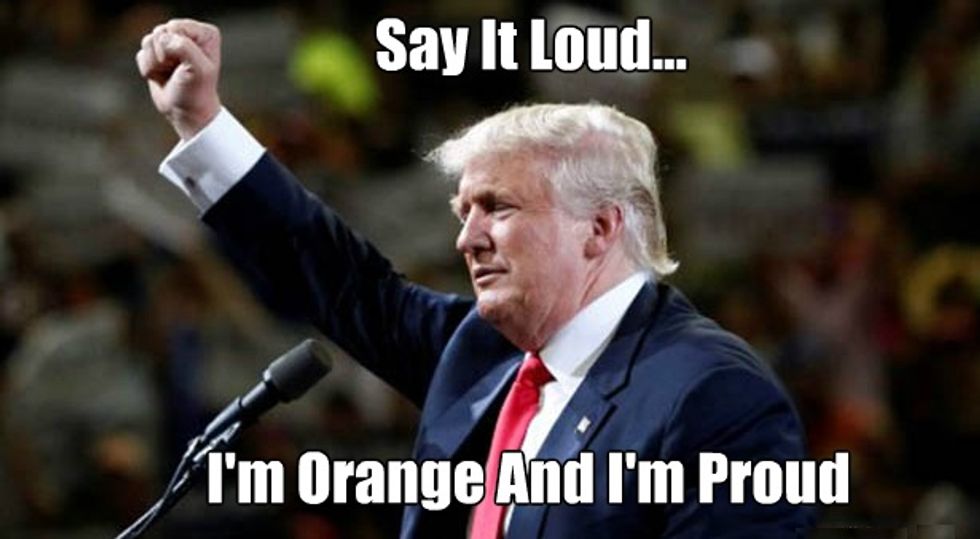 Donald Trump wants black Americans to know he can empathize with their frustrations. He knows it's hard, and he wants to make things better, because he too knows what it is to struggle. On Fox's The O'Reilly Factor Tuesday, Trump told Bill O'Reilly why he can relate to black people: Donald Trump knows America is a very difficult place to be Donald Trump.

O'Reilly eased into the topic carefully, noting the nearly unbelievable notion among "some" blacks that racism might still exist, if you can believe that!

Trump then proved why he's universally known as The Great Empathizer:

Trump power! But wait, is that enough? Is Trump sure he's really got a handle on this oppression thing? He sure does! In solidarity with himself, Trump declared, "We have to fight." The power? Or maybe just the RNC. Not quite clear.

O'Reilly: If you go out and say the system is rigged, that’s not going to lift their spirits.

Trump: No, what I’m saying they are not necessarily wrong. There are certain people where unfortunately that comes into play. I’m not saying that. I can relate it really very much to myself.

O'Reilly kept up with his deep probing questions about how Trump would actually go about lifting the spirits of black Americans, which is apparently the only thing that might solve our nation's racial issues -- higher spirits. Trump explained that he'd create all the jobs again. Sadly, O'Reilly missed the opportunity to explain again that a substantial portion of The Blacks will remain unemployable because of all their facial tattoos.

Trump also took the opportunity to repeat his bullshit claim that someone, somewhere, had called for a "moment of silence" for the Dallas shooter, although there's been absolutely no evidence that anyone was demanding that -- or if someone had, that the opinion was shared by anyone else. Needless to say, he knows it happened, cheered on by the 9/11 Muslims in Jersey, and it's now his go-to example of how deeply divided Obama's America is.

Still, we are encouraged that Donald Trump is doing his best to understand how the system is unfair. Now all we need to bring him up to speed on race in America is to have him watch a few episodes of The Mod Squad.