Donald Trump SO MAD Jeff Sessions Betrayed Him By ... Accepting His Job Offer 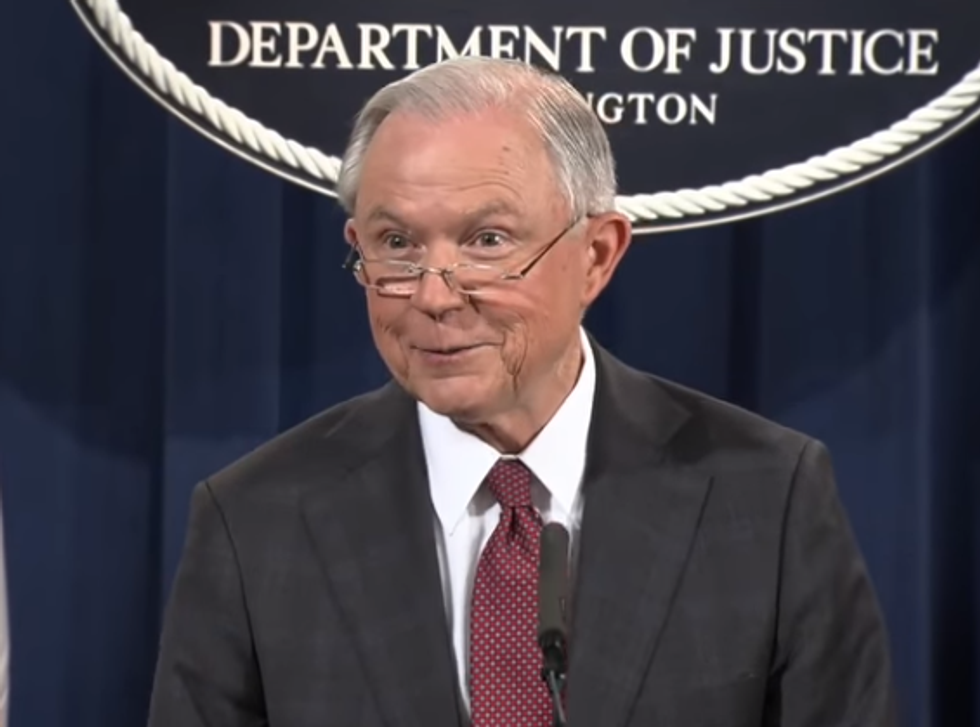 Well this is at least a novel reason for Donald Trump to be enraged with Jeff Sessions. In an Associated Press profile of Trump, we get this little nugget of insight on how the Great Man's mind works: He blames Jeff Sessions for the loss of one of Alabama's Senate seats to a dreaded Democrat way back on December 12. Not only is Trump still butthurt over Sessions recusing himself from the Russia investigation, he's finding all-new reasons to resent his attorney general:

[The] rift between Trump and Sessions still has not healed. Recently, Trump bemoaned the Republicans’ loss in a special election in Alabama and in part blamed Sessions, whose departure from the Senate to head to Justice necessitated the election.

Damn you, Jeff Sessions, if a crazy loudmouth who subscribes to conspiracy theories, would do anything to get a camera turned on him, and has a history of credible accusations of sexual assaults could LOSE an election, then you never should have agreed to leave a Senate seat in the reddest state in America to become Attorney General of the United States. It's all Jeff Sessions's fault that the Senate seat came open, and yet another example of what an unreliable guy he is.

Here's hoping Jeff Sessions will finally take some responsibility for what he's done.

And it is your OPEN THREAD!

Yr Wonkette is supported by readers like you, or we would be if Jeff Sessions would just get off your mouse and let you click here to send us money. Damn him!