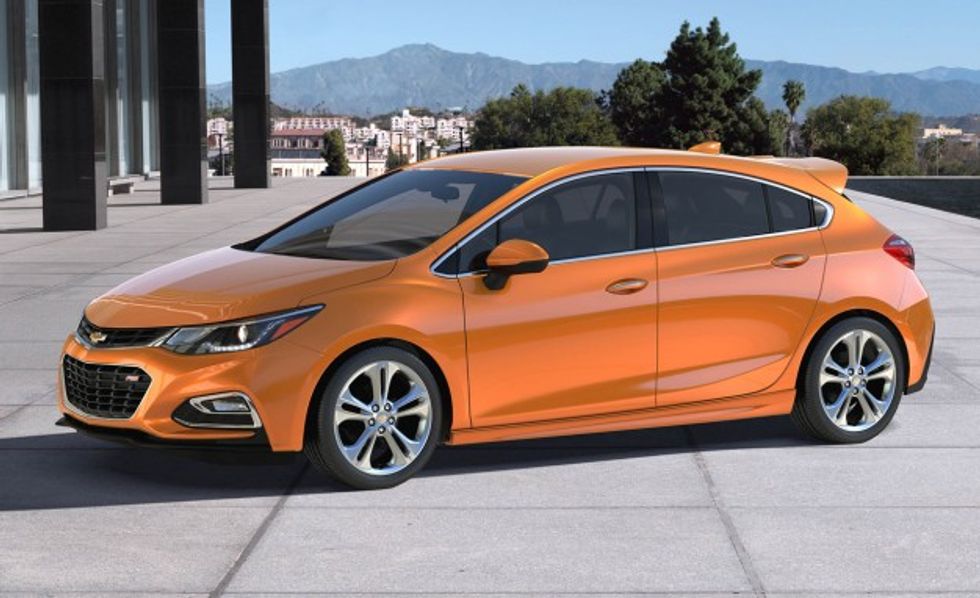 You may be astonished to learn that Donald Trump is once again Wrong About A Thing. This morning, he angrily tweeted about Chevy building its compact Cruze model in Mexico, and threatened to slap a big ol' tariff on the cars when they're imported into the USA:

Yeah, shame on you, General Motors, taking jerbs away from American workers like that! Oh, is there more? There is? Turns out, according to a General Motors statement, approximately 98 percent of Chevy Cruzes are already built right here in U.S. America, and such as:

You can see the headlines already, can't you? "TRUMP FORCES CHEVY TO MOVE CAR FACTORY FROM MEXICO TO AMERICA." And maybe Trump will hold a rally in Lordstown to celebrate the achievement.

GM told CNBC that its American sales of the Cruze were about 190,000 in 2016; of those, about 4,500 were the Mexican-built hatchback. And wouldn't you know it, immediately after Trump's Tweet this morning, GM shares dropped briefly in pre-market trading, but recovered after the stock market opened.

GM announced in November that it would be laying off about 2,000 workers at two plants, the one in Lordstown and another in Lansing, Michigan, but the reason they gave was declining sales of passenger cars, not any shifts of production to Mexico. Cruze sales were down by 20%, the company said in November.

Sales of SUVs and pickups are up, so maybe Trump can take credit for any expanded production of those vehicles.