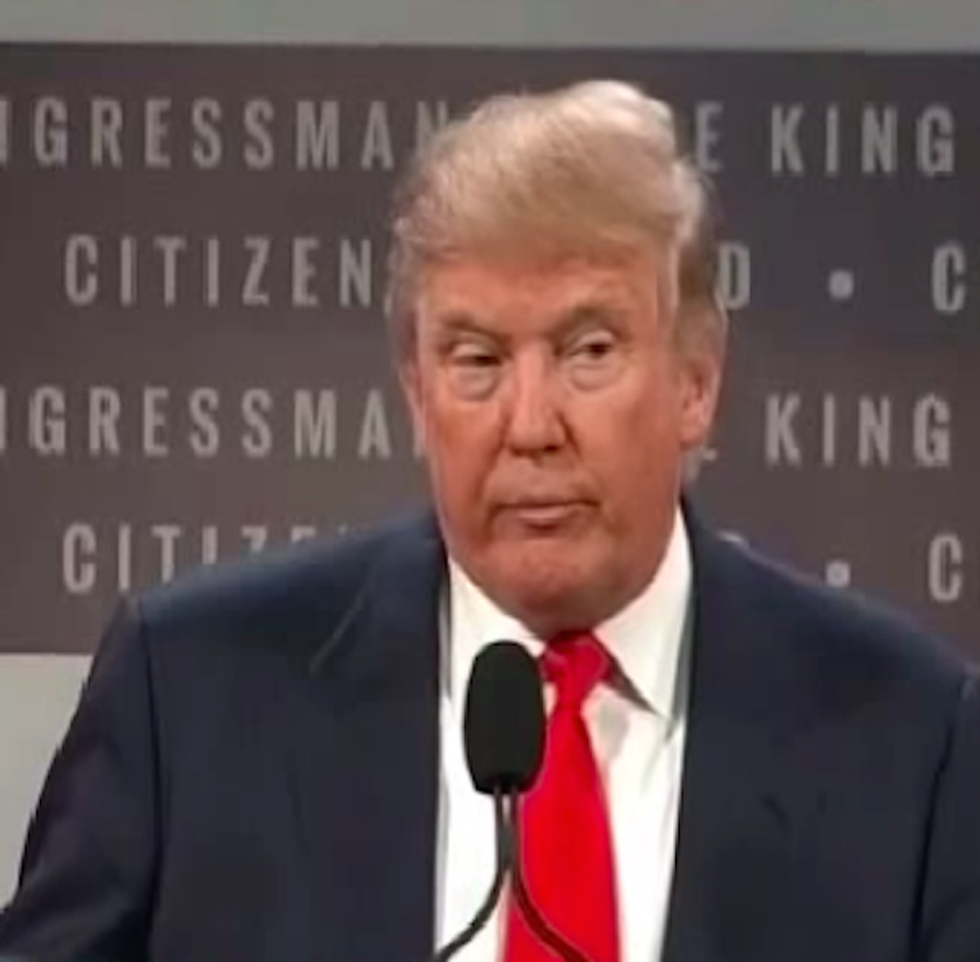 So what terrible untruths is Rupert Murdoch's NYP, usually the bastion of excellence in journalism, spreading about Donald Trump, winner of the Iowa Freedom Summit and all the things? Let's take a shot of liquid courage (hush, it's drinking o'clock somewhere) and explore this yellow journalism coverage of the World's Greatest Man giving The World's Greatest Speech.

You can tell from the headline alone that the story is going to be biased against Trump: "Trump rails on Romney as possible 2016 contender." If that isn't reason alone for Trump to sue the Post for libel, we don't know what is. Onward:

Donald Trump is back on the stump – and he’s taking a blowtorch to the GOP presidential field.

“I’m a big fan of farmland,” Trump declared when asked if the real estate mogul might enter the market. “I’m not a farmer per se, although I’ve always liked the lifestyle.”

If there is any criticism of Trump in the article at all, we must have missed it. Because we went to the tape, and yeah, Trump's speech sure seems like a long tirade of how everyone but Trump sucks, which is why he will probably maybe (but not actually) run for president in 2016 to save America from all those other "conservatives," who suck almost as much as President Obama himself, which is why he practically lost in 2012. [contextly_sidebar id="cpqOuPpg1HHCKdelkvDtnQaALMLdFOsI"]

But maybe the Post's failure to mention that the house was packed (for Trump, obviously) and that he objectively gave the best speech reveals its true anti-Trump, anti-truth bias, just like the rest of so-called journalism today. Which is why, among his other too-many-to-count greatnesses, Trump would be The Greatest "Meet The Press" Host EVER!, according to you know who:

What is Trump going to be too busy doing in the next 10 years, besides fellating himself on the interwebs, explaining how great people have told him he is, and suing Florida for making airplane noises over his mansion? [contextly_sidebar id="eCQqBB6ddL2UTytJ3PT4G76k64Kmpool"]

Actually, that seems to take up a lot of his time, come to think of it. Lucky for "moron" Chuck Todd, his job is safe. For now.