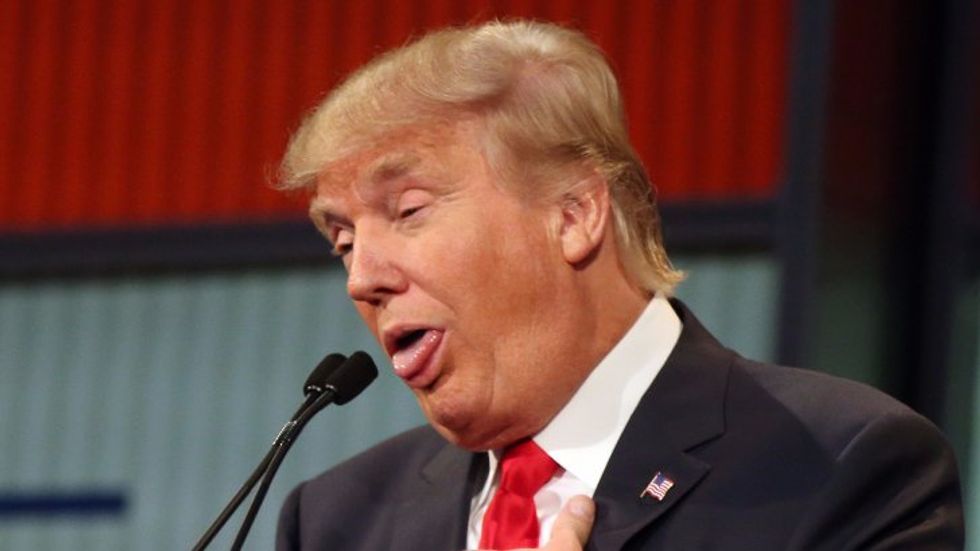 Bernie, you're such a cuck now

Even as Bernie Sanders was in the middle of selling his very soul to Hillary Clinton, Donald Trump's campaign was busy releasing a statement that itemized exactly how terribly Bernie Sanders had sold out his supporters, who should naturally be attracted to the campaign of a pathological liar and fraud who never pays his bills and wants to institute religious tests for people entering the USA, cut taxes for billionaires like Donald Trump, and bring back torture -- and worse -- so we can win the war against ISIS by being even more morally bankrupt than ISIS. Funny, as someone who caucused for Bernie this spring, Yr Dok Zoom is not especially persuaded by this thing, but here it is for your mocking pleasure:

You may want to print out a copy of that to compare to the Deleted Comments from assorted weenies over the next couple weeks. There will be copypasting, you can be sure of it. You might even make a Bingo card out of the thing, which could turn out to be the most productive possible use for it. Assuming your home printer doesn't handle toilet tissue.

Not quite an Elizabeth Warren caliber burn, but a Bern all the same.