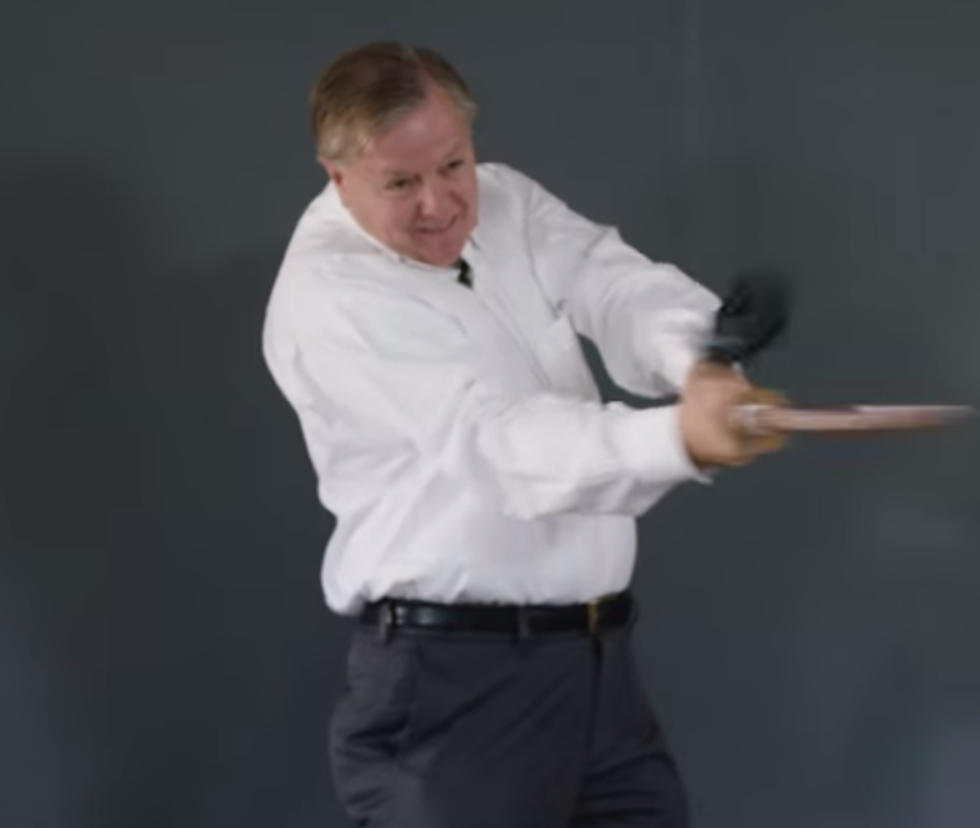 Remember yesterday, when Donald Trump decided to do the weirdest campaign speech in the history of weird campaign speeches, by talking about how Lindsey Graham is even stupider than dumb Rick Perry, which is saying a lot, and regaled the crowd with a story about how Graham begged him one time to give him money and say nice things about him on the "Fox & Friends" program? And then he gave out Graham's cell phone number and told everybody to prank call it? Of course you remember, it was yesterday! Later in the day, Graham tweeted that he was probably going to have to get a new phone and we were like LOL does he not understand how phone numbers work?

But we guess he just really wanted that new phone, and also to have some fun smashing things, so we must give him credit for releasing the following video, in which Lindsey Graham smashes his phone with a cleaver, and purees it in a blender, and kills it with fire, and all the other ways South Carolina senators dispose of their phones when it is time for a trade-in. And for a bonus, he does it to the sweet sounds of Vivaldi's Violin Concerto in F Minor, RV 297, second movement. NOW WHO LOOKS CLASSY, Donald Trump? It is Lindsey Graham, who really didn't have to do that to his phone but whatever, kudos on making something fun out of a Trump situation.

Wednesday afternoon, Graham's work daddy John McCain tried to get in on the Twitter LOLs:

Yeah HAW HAW maybe it's that, or maybe this experience taught Lindsey Graham that he can fight back all by himself, with meat cleavers and golf clubs and blenders, and he no longer wants to talk to loser war hero losers who got captured.