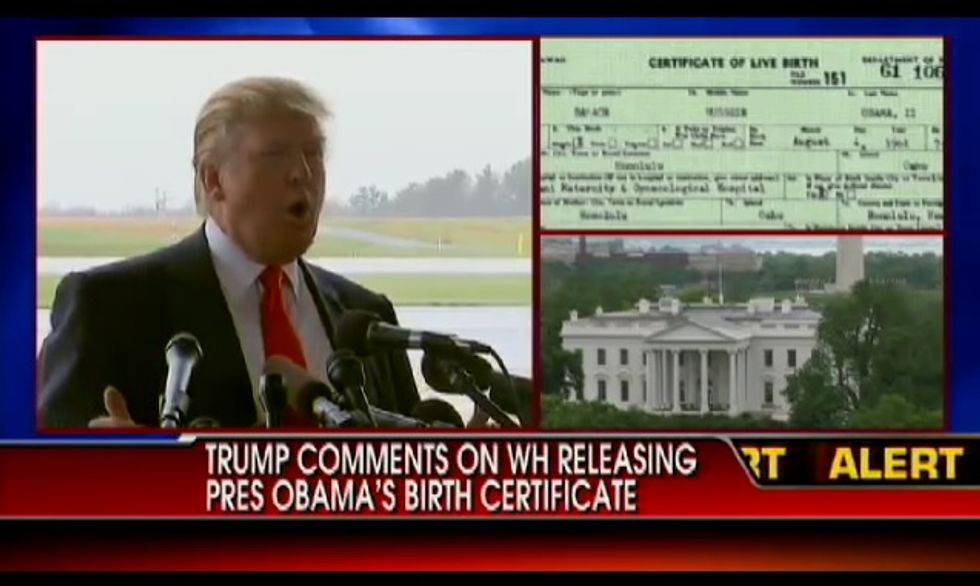 Honored. He is honored. A weary nation looked for a hero to finally get Barack Obama to release his birth certificate, and it found Donald Trump. He is the only person in the world who could do this. And he heard the call of duty because HE IS A PATRIOT and HE WANTED TO DRAW ATTENTION TO HIS CARTOON LIFE. Today Americans flooded into the streets, embraced one another at long last, and wept in gratitude knowing they could never repay Donald Trump for all he has done.

In times of great peril, certain selfless Americans rise up and do what nobody thought was possible. It speaks to the great character of this nation. No matter our differences, we will always be a free people, and we will stand up with free people across the world for what we know to be right. Together, and under the leadership of great Americans, anything is possible.

There is no way we can truly thank him. All we can do is carry the torch of freedom forward and be a beacon of hope for all the world in this, the Second Chapter of World History.