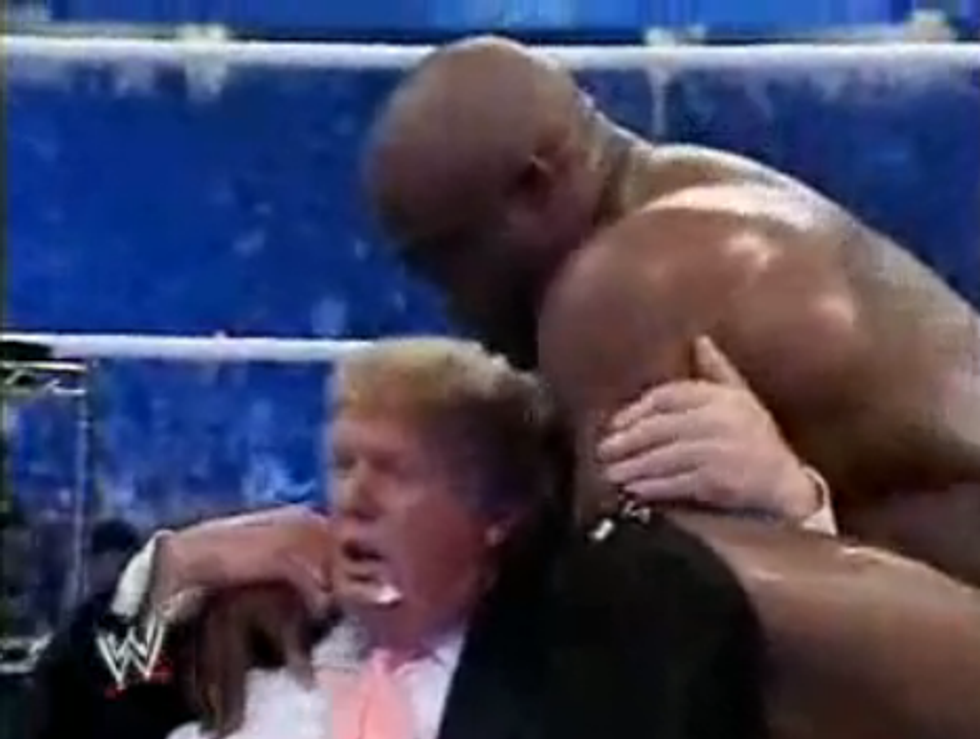 While Donald Trump's team of gumshoes are now travelling the globetrying to find evidence of how President Obama got into Harvard Law School even though he is one of the blacks, it turns out his very own son-in-law, Jared Kushner, is one of those rich types who sneak their way into the Ivy League despite being a poor student that Trump suddenly despises so much. Kushner's father bought the slot for $2.5 million; later, this nice dad went to prison for tax evasion, so it was like the government paid poor Harvard this douche-stained money. It sounds like our next First Family will be quite upstanding citizens, unlike that current resident who rolls around in his own feces. (We're talking about the dog. We think.)

Wall Street Journal education writer Daniel Golden's book "The Price of Admission" explores the Kushner donation at length. An official at Kushner's (expensive, private) high school told the author: "There was no way anybody in . . . the school thought he would on the merits get into Harvard. His GPA did not warrant it, his SAT scores did not warrant it. We thought, for sure, there was no way this was going to happen."

Will the cartoon rich man stop speaking to his son-in-law for the rest of his life in order to defend the honor of the whorish institution of higher education that let him buy his way in. We assume so. If Trump is one thing, it's consistent. [Salon]