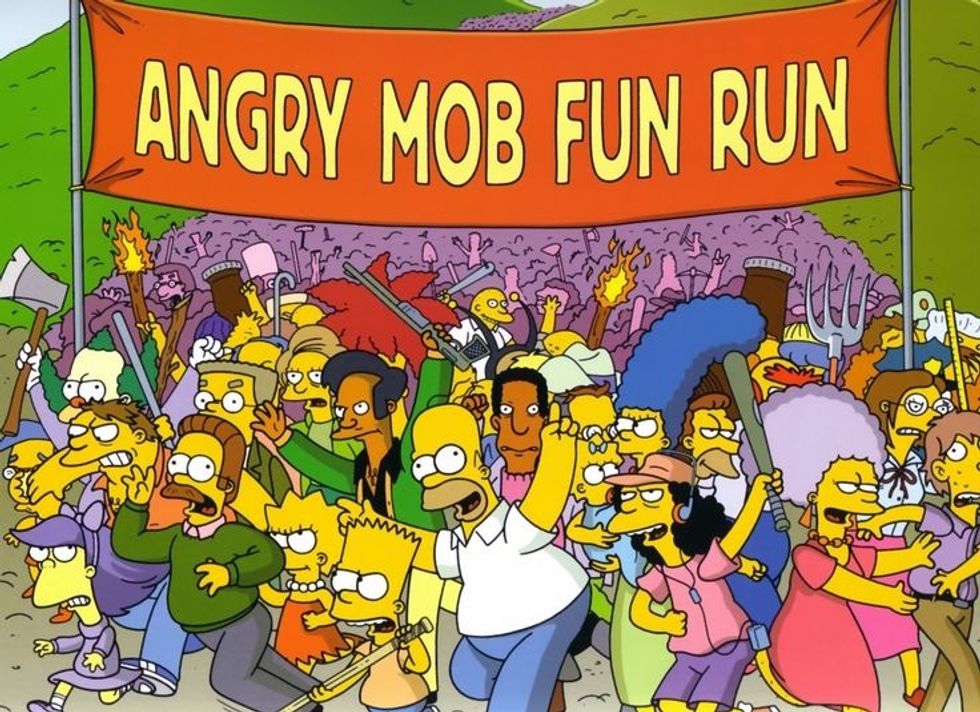 Burn it all down. With votes. Flaming votes.

Back in March, Donald Trump dropped a 1-page summary of vague wishes from the Republican Id and the Heritage Foundation and called it a "tax plan." Everyone knew it wasn't really a tax plan, because a real tax plan would be a bill, or at least something more detailed than what a hungover Wharton School dropout might sketch on a napkin, but from time to time Team Trump reminds us it wishes we'd talk about his terrific "tax plan" instead of the weird shit he tweets. We aren't so sure they should wish for that, since looking at it closely only makes it look a lot worse, according to a new study from the Tax Policy Center, which finds that the "plan" -- or at least the details in the incredibly vague outline -- would help the super-rich a whole hell of a lot and not do much of anything for middle- and working-class taxpayers. We are sorry for the fainting spell we've caused you.

Mind you, the TPC warns that there's not really enough information in the one-page "plan" to base a full Congressional Budget Office-style analysis on, but if Trump wants us talking about his terrific plan, then by golly, here's some talk: .

Vox has put together a handy 'splainer of some of the chief findings of the TPC's admittedly ballpark estimates, which add up to a couple of simple points: If Trump gets something like the tax plan he gestured at in March, then U.S. government revenues would drop sharply, the deficit would explode, and the benefits of the tax cuts would overwhelmingly go to people in the top 5% of the economy. Yay, rich people win again, somehow:

Oh, hooray! What are you going to do with your extra pittance, average Americans?

We won't get into the weeds of all the terrific benefits that will rain down on the already well-to-do, because there are only so many jokes we can make about "polishing the Bentley," which is a euphemism for applying a shine to the paint of your luxury car. But most of the cuts will be terrific for rich earners, including a nifty new tax rate of 15% on "pass-through income," which could cut taxes enormously for high earners who can call themselves corporations, stop collecting a salary and get paid as "independent contractors," and then pay a much lower tax rate than they would have on the same amount of income had it been considered wages. Oh, yeah, and if enough people take advantage of that One Weird Trick, it could result in a $2 trillion revenue loss for the federal government, whee!

All told, the TPC study estimates, using the administration's wish list, that over ten years, the Trump "plan" would reduce government revenues by "$7.8 trillion over the next decade and by $13.1 trillion over the following decade." Remember how terrified Republicans always get about deficits -- at least when the president is a Democrat?

Now, the Trumpers have hinted -- no specifics -- that their plan would include some measures to raise revenue as well, though they're far less specific than the wish list for tax cuts, because little kids can fantasize endlessly about toys and desserts, but would rather not give too much thought to eating broccoli. If you add together all the various ideas TrumpWorld has floated for improving revenue -- from both the one-pager and ideas floated in the three different tax "plans" the campaign released prior to the election -- then the revenue loss is smaller, but it definitely doesn't pay for itself: Even if every tax increase or loophole elimination were included, the Trump "plan" would still result in a loss of "$3.5 trillion over the first decade and $5.7 trillion over the second decade."

And of course, it's extremely unlikely Trump would really push through every single revenue-raiser his team put out during the campaign, like maybe eliminating the federal deduction for state and local income tax, or partly offsetting the elimination of the estate tax by collecting unassessed capital gains taxes at death. Sure thing. As Vox notes:

[It's] worth asking whether these are revenue raisers that the Trump administration is actually willing to countenance. Would Donald Trump, a wealthy person living in a high-tax liberal state, really do away with the state and local tax deduction, which predominantly helps people like him? Would he really raise taxes on wealthy estates like his own?

Nahh, of course not.

But math is hard. Let's focus on the important stuff: When the Trump plan goes into effect, what will YOU buy with the extra grocery-shopping trip you might be able to afford? Oh, never mind. Your health insurance just went up 500%.

Yr Wonket is supported by your generous donations. Please click the "Donate" clicky to keep us out of the poorhouse!