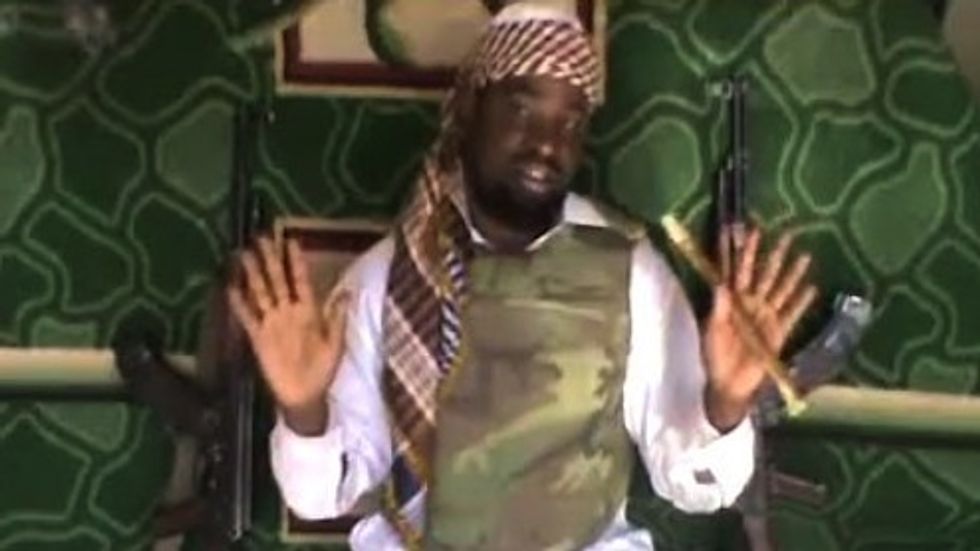 You may have heard, though not from us, that a bunch of Nigerian assholes are going around kidnapping all the girls. Almost a month after more than 300 girls were taken from their school (50 or so escaped), and days after eight more were kidnapped, and seeing what an Obamacare-website-style clusterfuck Nigeria's president, Goodluck Jonathan, has made out of "not searching" and "not rescuing" and "insteadarresting some of the parents because apparently the Nigerian president is married to Winnie Mandela," world president B. Barry Bamz is on the job! He is sending a team of whoever -- Seal Team Six? JFK-styley "military advisors"? Amazon drones? We don't care -- to go get those girls.

Sometimes, we are in disagreement with our lefty brothers and sisters on our global adventurin' and interventioning. We are pretty sure though that this one is a gimme? Everybody, WE ASSUME, wants Barack Obama to go get those girls? Nigeria's president is a shitball, and these Boko Haram dudes are fucked, and helping one fight the other is probably one of those morasses where only John McCain can tell the good guys. Don't care. It is time to take out the Boko Haram dudes like you took out those pirates, and get those girls.

Seriously, just drone the shit out of em. Go get those girls.