Dozens Of Truckers Show Up To Completely Shut Down DC; Constitution Likely To Survive Anyway 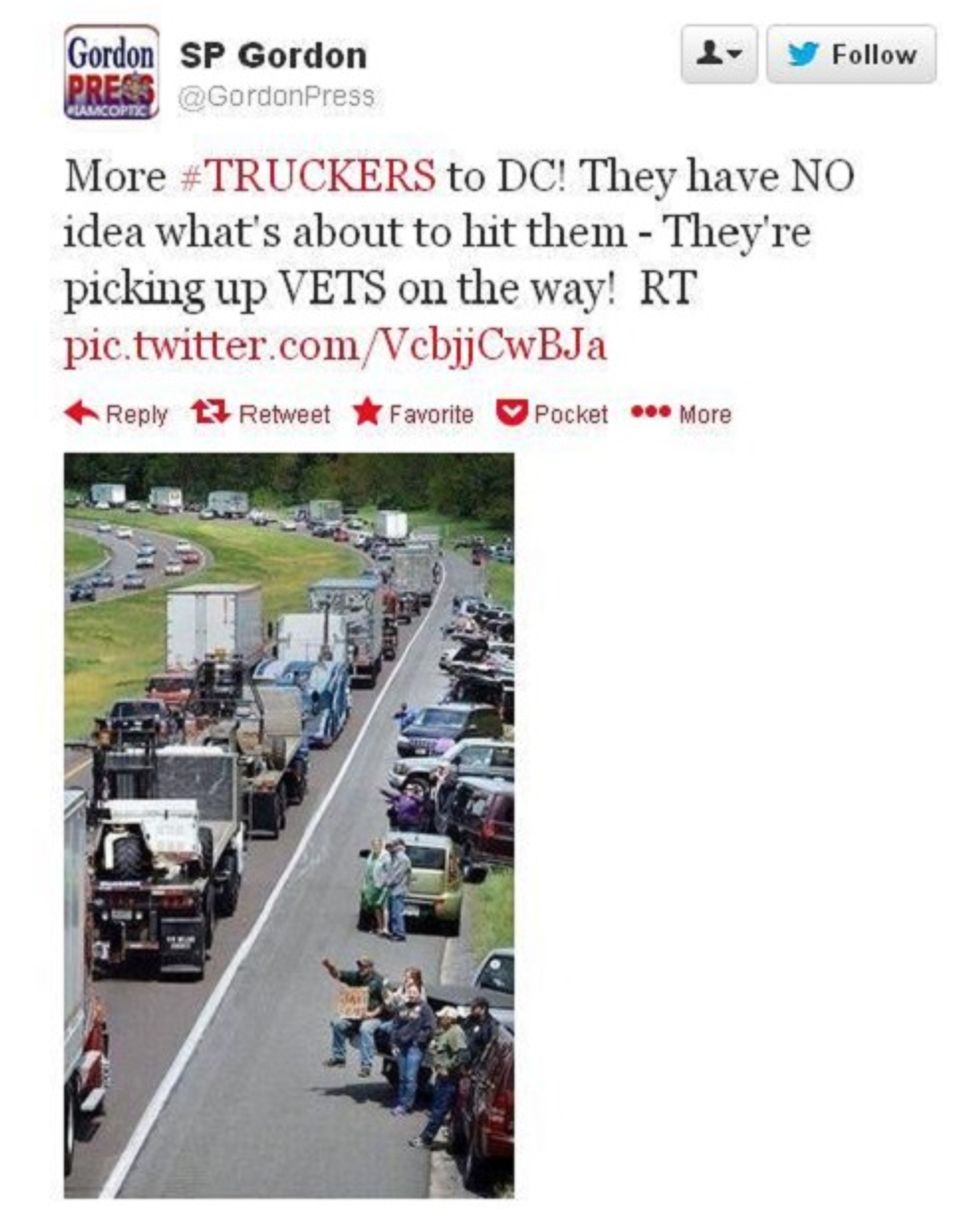 In a development that took nobody by surprise, the Great Big Trucker Siege of Washington DC has drawn several thousand fewer participants than the several thousand truckers that the organizers had hoped would show up and block traffic on the Beltway all weekend, for Freedom. Fox News reports that "dozens, not thousands," of tractor-trailer rigs have arrived for the "Truckers Ride for the Constitution" protest that was supposed to have saved America from corruption, members of Congress who have violated their oaths, high fuel prices, and the Antichrist in the White House.

Virginia state police say they stopped four tractor-trailer drivers on the Beltway, pulling them over after they began driving side-by side across all four northbound lanes of the Beltway in Fairfax County.

Their actions slowed traffic to about 15 mph. Officers warned the drivers not to impede traffic and did not write any tickets.

Police say a convoy of about 30 trucks began traveling north on Interstate 95 from Doswell, Va., on Friday morning. The truckers are circling the Beltway.

At press time, it was unclear whether the officially tally included the eleven long-haired friends of Jesus in their chartreuse Microbus.

It would appear that the group may not force the corrupt federal government to bow to any of its demands, which include the immediate resignation of President Obama, a Congressional refusal to raise the debt ceiling (because a worldwide economic crash would be great for the trucking bidniss?), and a complete cease to all NSA surveillance of communications. They may not even force America to reduce fuel prices.

Even so, organizers say they're hoping more truckers will show up over the weekend, possibly swelling the turnout of angry wingnut truckers from dozens to scores. Yr Wonkette is looking forward to the backbiting and conspiracy theories that will inevitably follow the debacle.

We suppose maybe the truckers who have sent comments to Wonkette complaining about this story are more right than they knew -- trucking is difficult, important work that the nation depends on. And apparently not that many truckers wanted to waste their weekend driving around the Beltway like idiots when they could be working.

The photo is actually from a Lancaster, Pennsylvania, charity fundraiser for the Make-A-Wish Foundation in May.