Driving Out Of Cleveland With A Bullet In My Bumper: Wonkette's RNC Reflections 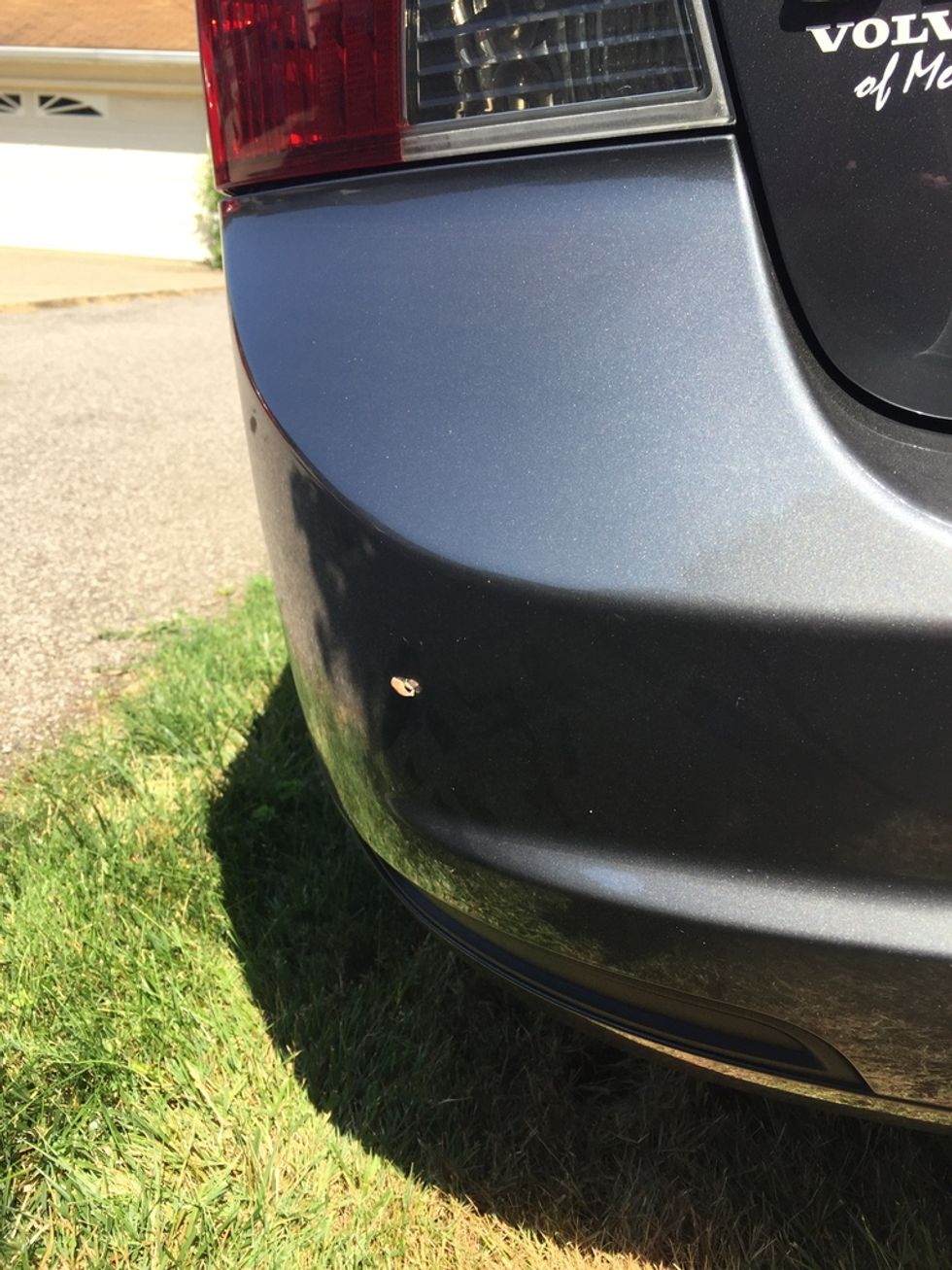 Is that a bullet in your bumper or are you just ... ayup, it's a bullet.

You know there are those trips where things just go incorrectly? That has been our experience in the lovely, beautiful, friendly city of Cleveland at the Republican National Convention. We were delayed going back downtown Thursday for the festivities, because our Obamaphone -- which was actually made by Apple, not Obama, and thus should be better than this -- decided to break to the point that we couldn't use ANY data at all. Thus, we could not call an Uber or a Lyft to go to there (we haven't been driving downtown because parking is a nightmare and also one million dollars), and we could not Tweeter-Twatter pictures we took with fun conservative celebrities, and everything was terrible. Basically we can play the sudoku game on our phone right now, and is that Making America Great Again? No, it isn't.

We could try to get a cab, yes we could! And we did, and after waiting such a long time it was pointless, we canceled the ride. :(

[wonkbar]<a href="http://wonkette.com/604506/rnc-night-four-lets-watch-the-trumpendammerung-together-a-livebloog"></a>[/wonkbar]But Donald Trump officially accepted the Republican nomination, and there was only a little bit of racism inside the arena last night, hahahahaha, just kidding, it was terrifying.

Hopefully by the time you read this, the phone will be fixed, or maybe it won't be, who the hell even knows.

Also by the time you read this, we will hopefully be safely on our way to the DNC in Philadelphia (DRINKY ANNOUNCEMENT COMING LATER, BUT IT IS ON SUNDAY AT THE INDEPENDENCE BEER GARDEN AT LIKE 4 PM WE THINK) in our car that -- LOL! -- has a bullet in the back bumper, and also a second bullet hole. We were not in it at the time, and it had nothing to do with the Republican convention, which is why we waited until the convention was safely over to tell you all about it.

Basically what happened was ... fuck if we know. It was parked, either where we stayed or at the CVS the one time we had to go there -- remember what we said about how we weren't using the car to go downtown for the convention? Those are the only two places it really could've been. It has body damage in the general vicinity of the bullets and thank Jesus for good insurance, that's what we have to say about that.

[wonkbar]<a href="http://wonkette.com/604318/rnc-day-one-round-up-here-are-the-hottest-cops-weve-seen-so-far"></a>[/wonkbar]But there have been good and lovely things about this trip. Remember all the hot cops? Mmhmm. On top of the ones all over Cleveland protecting the convention, there were also these fine menfolk who took the police report on our poor shot-up car:

We met and hung out with many wonderful people -- Andrea from NPR, Sanjiv from Esquire UK, AJ from Mother Jones, and also too a bunch of hilarious, fun Republicans who DO TOO EXIST -- and we also spent many lovely hours with you Wonkers on Sunday night at the Tremont Taphouse!

(IDENTIFY YOURSELVES IN THE COMMENTS IF YOU WOULD LIKE.)

On this trip, we mostly learned that, while they are demonstrably insane, Republicans can also be nice people too. We actually already knew that, but with all the crazy tensions and bullhockey in the lead-up to the convention, it wasn't all that unreasonable to be worried that something bad might happen. Mostly people were pretty kind to each other, at least that we saw, except for when they were being all racist and xenophobic at the actual convention itself.

So meh, what the hell, if you're going to have your Obamaphone go apeshit and basically leave you stranded by the side of the road in a van by the river, and if your car is going to get SHOOTED WITH GUNS, might as well be at the RNC in sexxxy Cleveland.

See you in Philly!