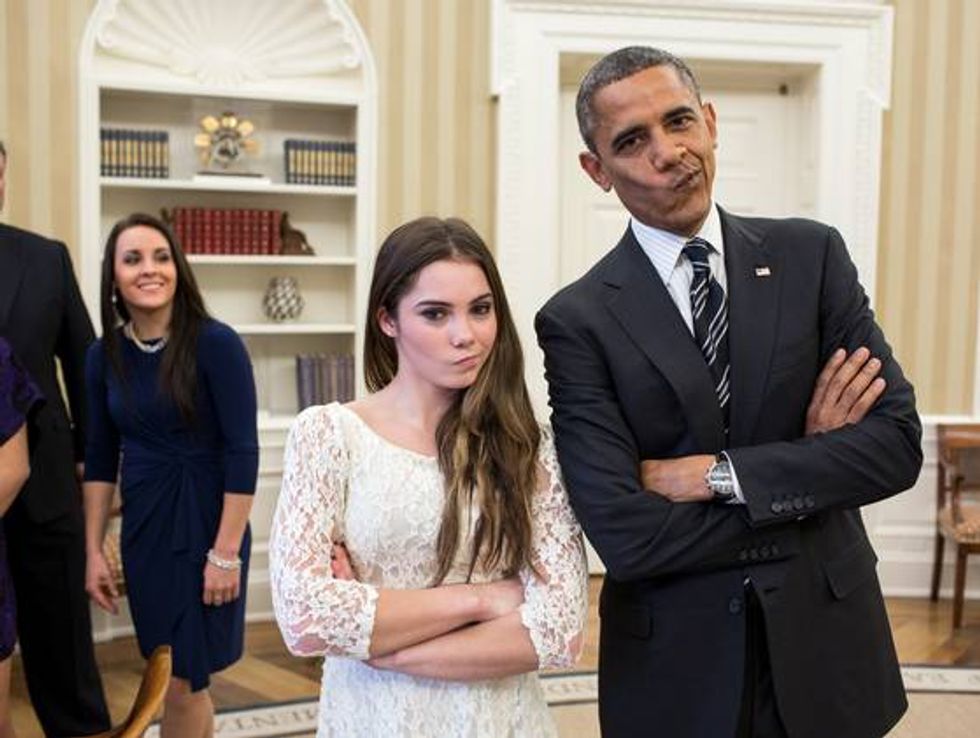 Here, in its entirety, is the Weekly Standard story to which Drudge is appending pictures of Hitler and Stalin:

Vice President Joe Biden revealed that President Barack Obama might use an executive order to deal with guns.

"The president is going to act," said Biden, giving some comments to the press before a meeting with victims of gun violence. "There are executives orders, there's executive action that can be taken. We haven't decided what that is yet. But we're compiling it all with the help of the attorney general and the rest of the cabinet members as well as legislative action that we believe is required."

Biden said that this is a moral issue and that "it's critically important that we act."

Biden talked also about taking responsible action. "As the president said, if you're actions result in only saving one life, they're worth taking. But I'm convinced we can affect the well-being of millions of Americans and take thousands of people out of harm's way if we act responsibly."

Biden, as he himself noted, helped write the Brady bill.

Eric Holder was scheduled to be at the meeting that's currently taking place at the White House.

Here, in its entirety, is our response to Matt Drudge calling Barack Obama Hitler and Stalin.