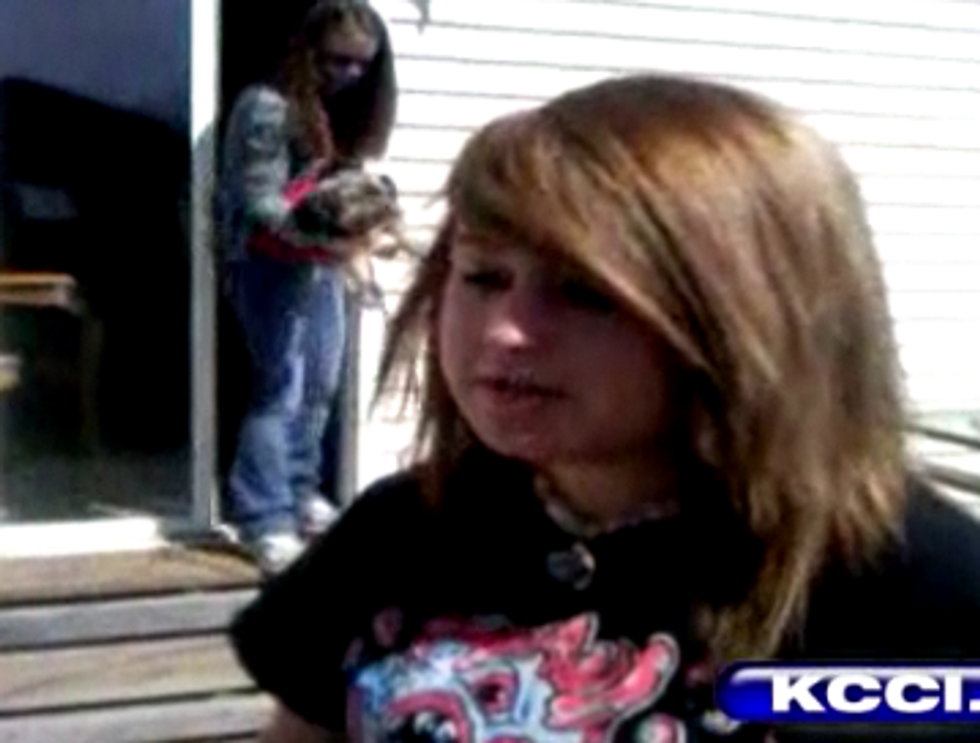 A man named Benjamin Foster, who is apparently a Tim Pawlenty campaign staffer, was arrested for intoxication and trespassing at a home in Ankeny, Iowa early this morning, according to Des Moines station KCCI. This scared a teen and her dog, as you can see from this video. Maybe we judged Tim Pawlenty too soon. Maybe he will be something other than a boring loser. A chicken in every pot and a drunk intruder in every back door!

The Steward family said Foster was drunk and was trying to get home to a friend's house in Johnston. They said he vomited in their backyard and scared their daughter.

According to Scared Teen, her dad got his gun out and confronted the man, and that was that.

We can't wait to see the shaky camera angles and cool lens flares that are used when the official Tim Pawlenty version of this event is released. The part of Benjamin Foster will be played by a Furby or something; a Furby that has been tinkered with so it can vomit. Tim Pawlenty is just unpredictable like that, Iowa! [KCCI]