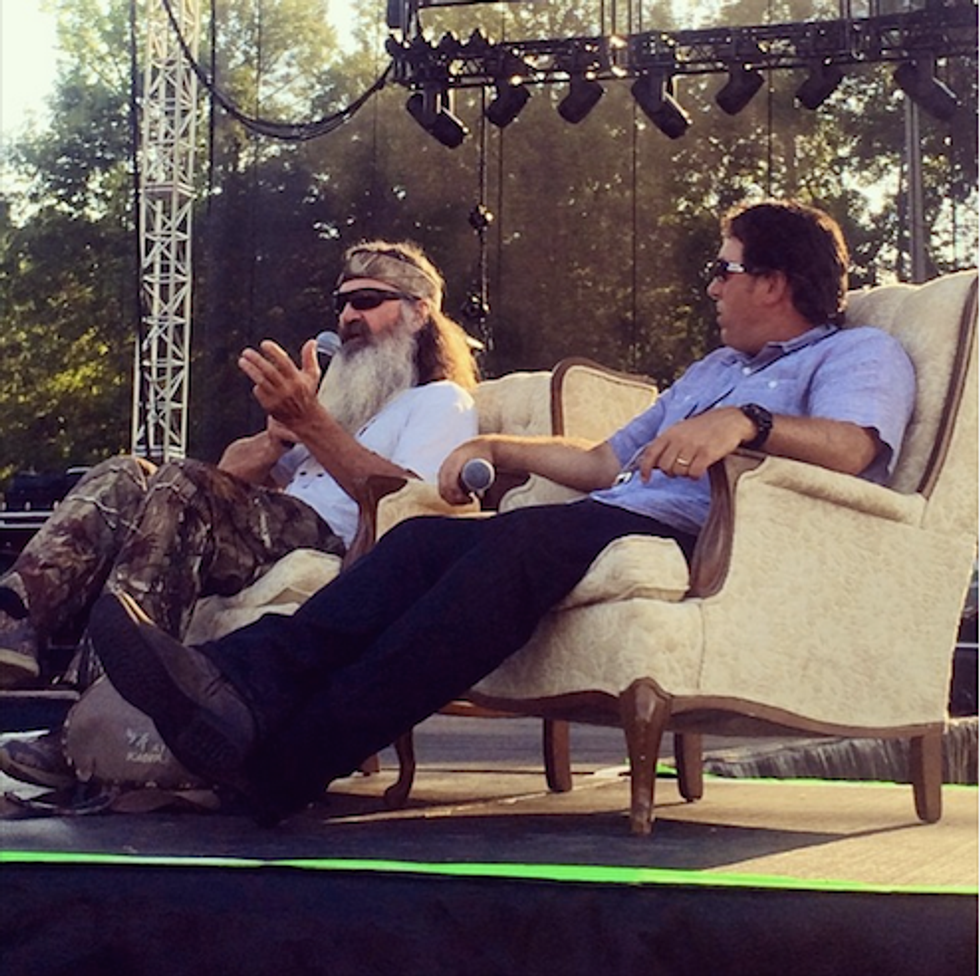 We try not to disparage the South with a broad brush, because that is some bullshit. Good people can live in the South, stupid people can live in the North. But sometimes, The South, you do not make it easy when you have things like Rock the South, which seems to be some sort of redneck Lollapalooza, starring the Charlie Daniels Band, the dudes in Lynyrd Skynyrd that didn't die but got real conservative. and the Duck Dynasty people. Seriously, if someone offered us a bullet or Rock the South, it would be a hard choice.

We're not sure we can do any better a summation of this modern day Woodstock than the poor Alabama critic that got sent to cover this thing.

Robertson, 68, shared his thoughts on teen brides (he's definitely for them), the Crimson Tide under Bear Bryant (powerful as a thunderclap), hunter's rights (he believes the Bible tells us to "whack 'em and stack 'em") and things that define a Southern man (a beard and "a wife he can stand," for starters).

Do you think that woman got hazard pay for covering this event? We'd demand double time for sure. Also, we really wish someone could point us to the part of the Bible that covers "whack 'em and stack 'em." Is it one of those newfangled modern translations?

We're having significant trouble taking Robertson seriously -- OK, OK, more trouble than usual -- because the man did this Q&A sitting on the semi-fancy chairs our grandmother had in the "good" sitting room aka the room you couldn't actually sit in, yet he still wore that shitty camouflage like he was going to go straight from this festival to a duck blind. That's what they call it, right?

Anyway, there is your Phil Robertson update. Oh wait, we forgot. He also still hates the gays, but with love, people. With love.

Robertson defended his stance on homosexuality, as aired in that infamous article in GQ: "I'm actually a nice man. … I'm trying to help those poor souls and turn them to Jesus."

No word on how he still maintains a gentle sense of humor about his incredibly virulent racism. He's probably saving that for his TED talk.