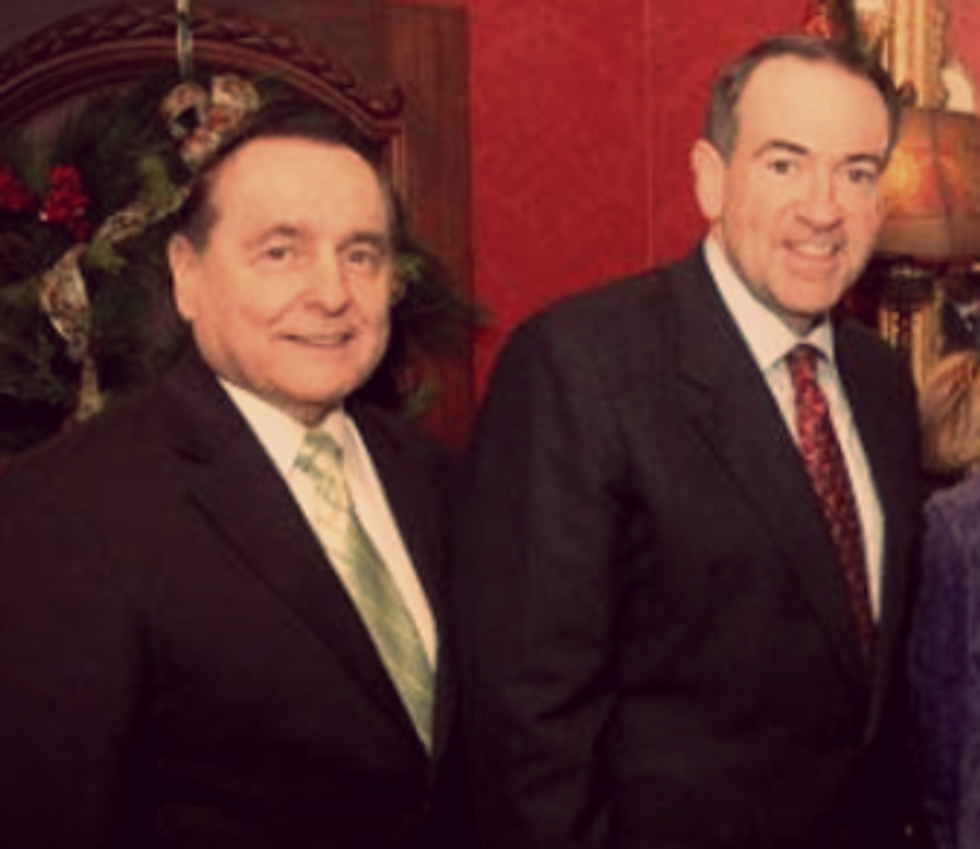 [contextly_sidebar id="q03d4EABr2xOCwynObwCQfWT5HQkZrWx"]Once upon a time, Josh Duggar was a little boy who had just fingerbanged a bunch of his kinfolk, and because he was very, very bad, his parents sent him off to "therapy" with a "family friend" in Little Rock. That program was the Basic Life Principles Training Center, housed in the old VA hospital, and run by homeschooling guru Bill Gothard of the Institute Of Basic Life Principles. Now how did Gothard get to use that old VA hospital for his "therapy" programs? The Green family, who owns Hobby Lobby, gave it to him, of course! Wasn't that nice of them? Oh, also he's friends with Mike Huckabee, so all the grossest people in America are part of this story.

Anyway, Gothard has been accused of doing and covering up a whole lotta sexual abuse in a new lawsuit:

Ten women on Wednesday filed a lawsuit against Bill Gothard, who for decades was a major force in the conservative Christian homeschooling movement, charging him and leaders in his ministry with sexual abuse, harassment and cover-up.

Gothard says he hasn't seen the lawsuit, but it's definitely not true.

“Oh no. Never never. Oh! That’s horrible,” he said. “Never in my life have I touched a girl sexually. I’m shocked to even hear that.”

[contextly_sidebar id="aSJraWJkgfS97Fa7AZhtgr7rAF8Ycasx"]Golly gosh gee whiz Batman, how shocking that must have been to hear! Because, as we explained many moons ago, Gothard was accused of sexually harassing "more than 30 girls" in 2014, but it was OK because his own organization said he didn't do anything bad, so no harm, no foul, right? No diddle-fingers here, no siree!

And it must have been REALLY shocking for Gothard to get this news since, as Gawker 'splains, five of the ten current plaintiffs originally filed suit in October. Now the complaint has been amended, more women have joined the suit and oh look, this is gross:

One of the Jane Doe plaintiffs in the lawsuit alleges that she was raped by her father and other relatives and says she was sold by her father through human trafficking when she was a minor. She said she reported the abuse and trafficking to IBLP staff, which failed to report to authorities. [...]

The Jane Doe then alleges that Gothard had sexual intercourse with her without her consent, saying she notified IBLP of the rape through an email in 2013. She alleges that an IBLP-employed counselor also raped her in his office at an IBLP training center in Indianapolis. David Gibbs III, the plaintiffs’ lawyer, said she is not sure how old she was at the time of the alleged rapes, but was likely around 17 or 18 years old.

Lord have mercy, he seems nice! Another plaintiff says Gothard would "would play footsie with her and he would sit across from her with an erection and with his legs spread wide apart." Because that's what you do when you're in counseling.

Did we mention that LOTS of kids were sent to this man's programs? As we reported last year, it wasn't just wingnut parents like the Duggars sending their molesty kid off for "counseling" -- even the state of Arkansas was sending juvenile offenders to Gothard, to learn how to be Fine Upstanding Citizens. According to the Washington Post, HUNDREDS of kids went through his programs.

For a little context, let's all remember what Gothard's teachings have to say about sexual abuse and who's to blame when a girl is raped. Surprise, the whore was probably asking for it, according to #4 on this list! And if you'll take a gander at #8, you'll see that it's much better to be "mighty in Spirit" and also raped by Bill Gothard (ALLEGEDLY AGAIN!) than to be godless and not raped at all:

Here's another thing about how girls (even babies!) are to blame for getting raped, diddled or otherwise molested, what with how they insist on having vaginas and all:

And in case you really hate yourself and want to throw up, here's some more reading about how, According To Bible and According To Bill Gothard, bitches be askin' for it.

So yeah, we're sure Gothard was SO fucking surprised to hear about this lawsuit accusing him of sexually abusing all these girls he was "counseling." We bet he almost fell out of his sticky, rapey chair.