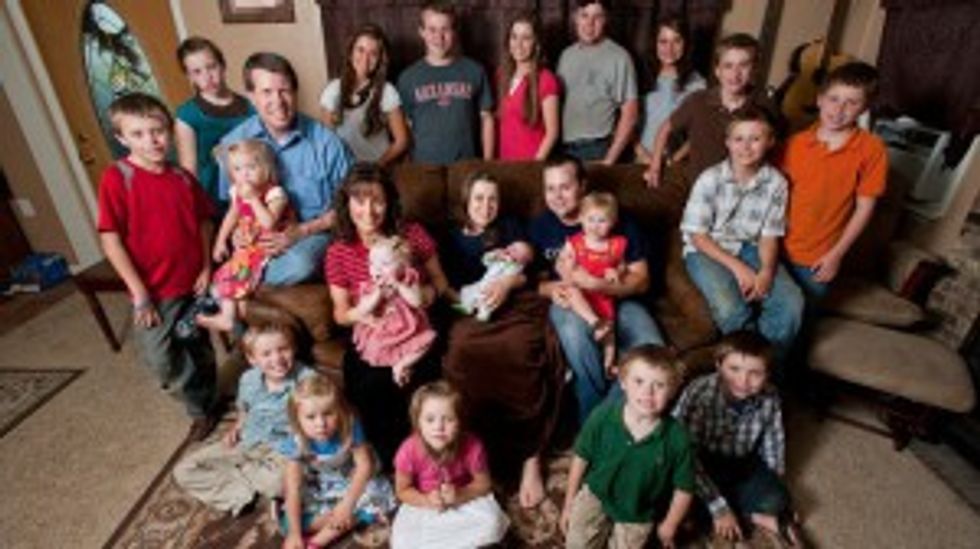 In Touch Weekly is doing the journalism again, having obtained ANOTHER police report through a Freedom Of Information Act request, pertaining to young Josh Duggar's sister touching. A lot of it rehashes what we already know, but we get a couple of new, specific details, to help us all put a fine point on how grossed out we are by this. For one thing, the report states that Jim Bob and Michelle Duggar were told not only by their daughters, but by Josh himself, on three separate occasions, that he just couldn't stop fondling his sisters --one of whom was only five years old -- in their beds at night. And his parents still waited 16 MONTHS to do anything about it, even after being told "multiple times." The new report claims Ma and Pa were just shrugging it off all those times Josh told them, "I am so sorry, for I have fallen short and diddled your younger girl children once again." What did they say, those "multiple times?" "Oh, Josh, we've told you TIME AND TIME AGAIN. The only girl you're allowed to diddle against her will is your Christian Wife, when you are older. You're GROUNDED from homeschool, for a week!"

Legal experts told In Touch, "Jim Bob and Michelle could have faced six years in prison for their inaction, if the statute of limitations had not expired." Well, thank goodness they didn't go to jail, because then the world wouldn't have gotten to learn about clown car vaginas and Christian side-hugs on the TLC channel every week!

The new report is from the Washington County, Arkansas, Sheriff's Department, which referred the case to the Springdale Police Department, which produced the report we all now know so well. Both reports were taken in 2006, several years after the molestation occurred.

Here are some more specifics from the new police report, about Josh Duggar's molestation of a 5-year-old who was his sister, and how the fact that all these Duggar girls slept in the same bedroom made it real easy for him to travel from bed to bed, diddling:

Jim Bob and Michelle Duggar will be interviewed by Megyn Kelly tonight on Fox News. Kelly has said that she really isn't planning on lobbing any kind of hard-hitting journalism questions at the Duggars, but maybe with these new revelations, JUST MAYBE, she might find it in her heart to try to do her job. That is, unless Mike Huckabee has already written her interview questions out for her and she's scared of getting of getting in trouble if she doesn't follow the script.