Duggars Did A Pretty Good Job Edumacatin' Their Womb-Fruits, All Right 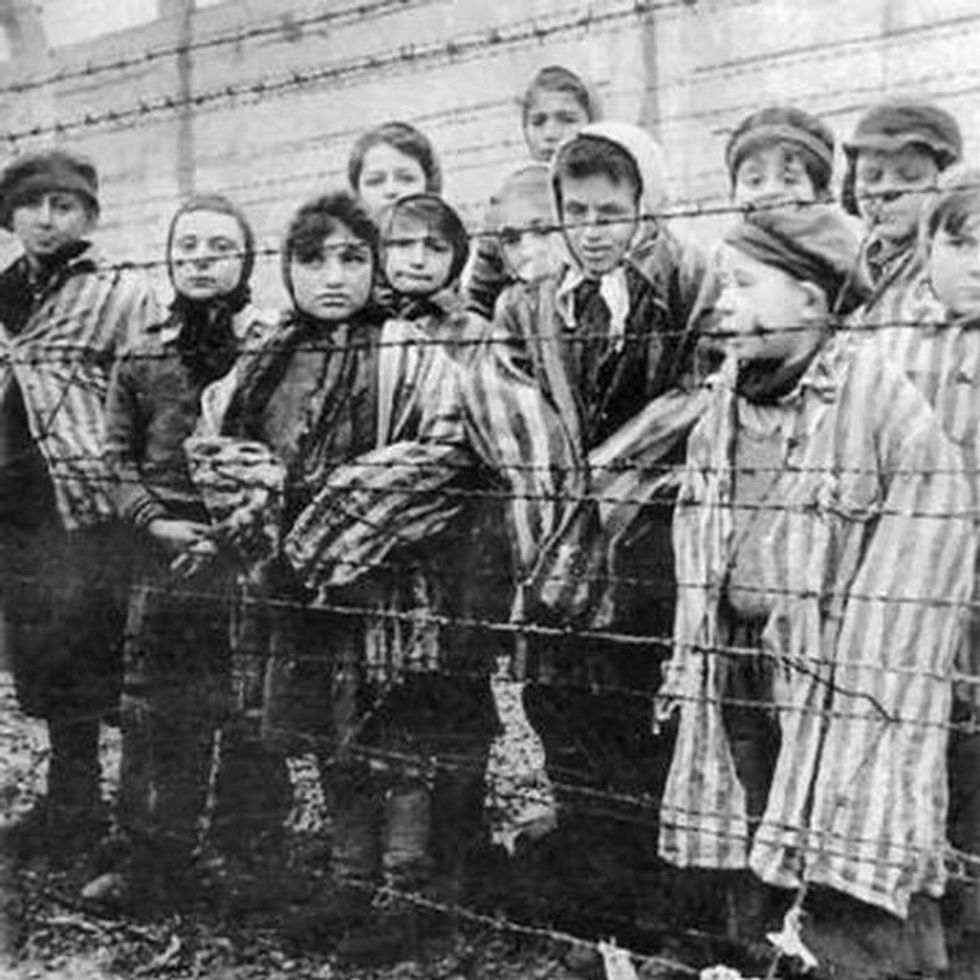 Reality Teevee show person Jessa Duggar went to theUnited States Holocaust Memorial Museum in Washington DC, and came away believing that Charles Darwin led directly to the Nazis' attempted extermination of European Jewry, which suggests that the museum's docents really need to up their game. Ms. Duggar, 21, explained on Instagram the profound anti-science message that she derived from the historical exhibits:

I walked through the Holocaust Museum again today... very sobering. Millions of innocents denied the most basic and fundamental of all rights--their right to life. One human destroying the life of another deemed "less than human." Racism, stemming from the evolutionary idea that man came from something less than human; that some people groups are "more evolved" and others "less evolved." A denying that our Creator -- GOD -- made us human from the beginning, all of ONE BLOOD and ONE RACE, descendants of Adam. The belief that some human beings are "not fit to live." So they're murdered. Slaughtered.

Now, just to be clear, despite Ms. Duggar's fantasies, the Holocaust Museum actually explains the ideological roots of fascism and National Socialism, and you may be shocked to learn that nothing at the museum mentions evolutionary theory as a cause of the Holocaust. Imagine that. That's the sort of bullshit you're far more likely to learn in a Christian homeschool setting, after all.

And no matter how much the nice people at Answers In Genesis insist that the Holocaust was the inevitable result of evolutionary theory, the Nazis were mostly interested in plain ol' racism, which predates Darwin by a good bit. Have racists glommed on to the theory of evolution and claimed it gave their beliefs scientific legitimacy? Absolutely. Just as they also have claimed that the Bible justified them. Which almost makes it true!

After explaining how science will inevitably lead to mass murder on an industrial scale -- as we see every spring when college students are required to set up their own death camps as part of introductory biology classes -- Ms. Duggar explains how evolution also makes us do abortion and euthanasia, practices which also never happened prior to the 1859 publication of On the Origin of Species:

Kids with Down syndrome or other disabilities. The sickly. The elderly. The sanctity of human life varies not in sickness or health, poverty or wealth, elderly or pre-born, little or lots of melanin [making you darker or lighter skinned], or any other factor. "If thou faint in the day of adversity, thy strength is small. If thou forbear to deliver them that are drawn unto death, and those that are ready to be slain; If thou sayest, Behold, we knew it not; doth not He that pondereth the heart consider it? and He that keepeth thy soul, doth not He know it? and shall not He render to every man according to his works?" (Proverbs 24:10-12) May we never sit idly by and allow such an atrocity to happen again. Not this generation. We must be a voice for those who cannot speak up for themselves. Because EVERY LIFE IS PRECIOUS. #ProLife

Message received: legal abortion is what caused the Holocaust.* That and gun control.

RawStory notes that Ms. Duggar also blogged about the Holocaust Museum and abortion last year, concluding that "there is a Holocaust taking place right here in America!" She also posted another Instagram message, a week ago, about the deep learning that she got from Kentucky's Creation Museum:

From this outpouring of intellectual activity, a veritable one-woman Renaissance of Derp, we can come to only one conclusion: Museums are pretty dangerous things.

*In reality, though, Hitler actually banned abortion and restricted contraception for "Aryan" women so they'd have more white babbies, and encouraged it only among Jews and Slavs.