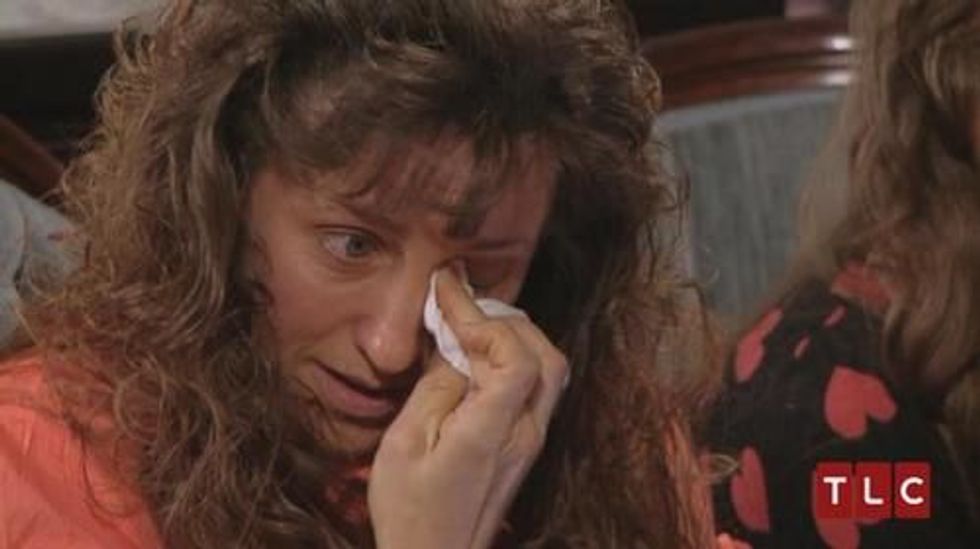 We were under the impression that TLC, due to advertiser pressure and the fact that "Duggar" is now a verb that means "to diddle thy younger sister," made the decision to cancel "19 Kids And Counting," but it seems that was God's plan all along, and know who's real sad about that? The Duggars. They thought they knew God's plan! He had chosen them to have a real stupid reality show about a vagina that cannonballs out a new member of God's army every nine months or so, and that by broadcasting this to the world, every ear would hear the very Biblical message of how you, too, can do cannonball shots with your vagina for Jesus, which will make you go to heaven, glory glory hallelujah, His truth is marching on, The End. Right?

But the Lord spake a new commandment unto the Duggars, and what He said was "eat some dicks":

The source says the evangelical Christian family, who often discussed their religious faith on their TLC show, is "heartbroken that they've now lost that platform."

"The Duggars want to return to TV because they truly believe it was part of God's plan for them to spread the word about their faith," the source says.

"I think Jim Bob and Michelle honestly did expect people to just move on from this," the source adds. "Their thinking is, they put this behind them ages ago, so why wouldn't the rest of the world?"

Yeah, it's funny how Americans seem to think child molestation is some kind of "big deal" or something. It's almost as if in the real world, you don't get completely absolved for covering up the fact that your older son was molesting his younger sisters by saying "LOL our bad, Lord Jesus, plz forgive us and stuff."

And sure, as the New Civil Rights Movement points out, this might all have caught the Duggars by surprise, because they're like "Our daughters got diddled, OLD NEWS, but have you heard the GOOD NEWS?" Whereas, for the viewing audience at home, well, they're still processing all of this, and haven't quite had the time to get that Duggar taste out of their mouths.

Anyway, they would like to be on television again, please, is the point. Why must God forsake them this way? This must be what Jesus felt like when he got crucified.