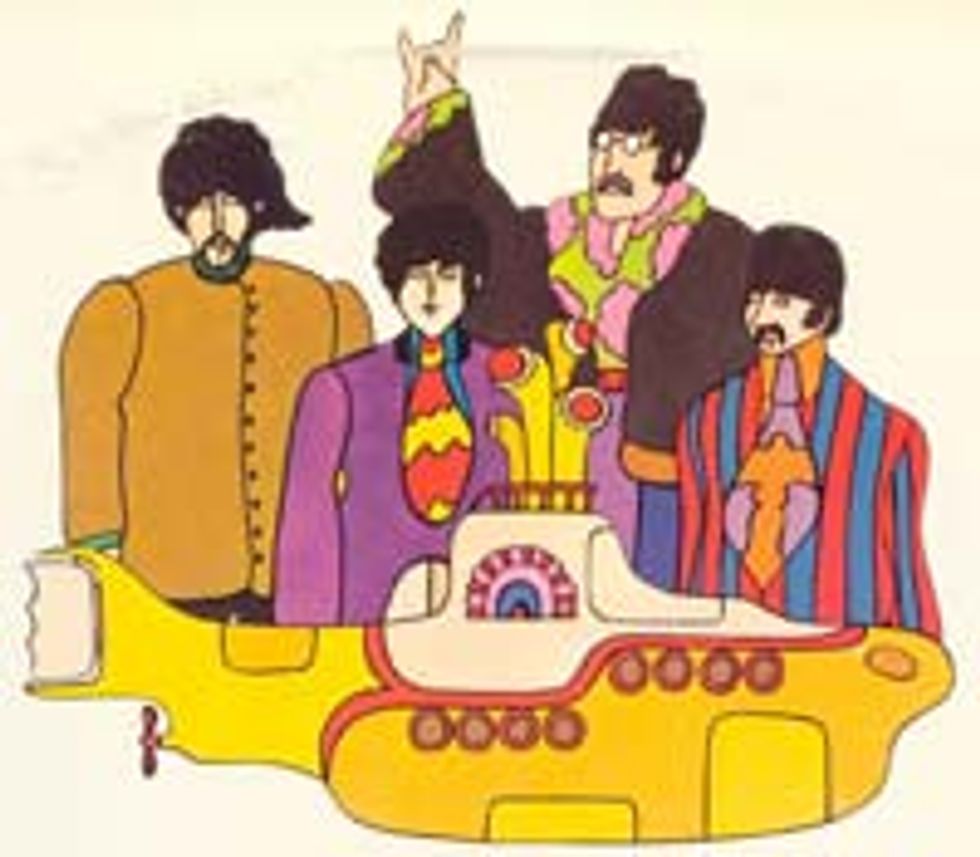 Our former colonial masters, the British, used to be renowned for their terrifying navy, which would obliterate rival fleets and bombard barbarian cities from the sea in order to pave the way for colonial conquest. Unfortunately, the Brits are stone cold broke now, having spent all their Pounds Sterling on booze, and so their navy sucks. CASE IN POINT: the HMS Astute, a fancy new submarine that is supposed to be invisible to sonar because of fancy British technology, not-so-astutely got itself stuck in the mud off the coast of Scotland. Is there video? Oh, you bet there's video. Was this video shot by someone who works for some kind of otter rescue group? BELIEVE IT.

This is more or less the Last Year at Marienbad of British-submarines-stuck-in-the-mud videos. It was shot by the good people of the International Otter Survival Fund, who usually just put up adorable videos of otters but, hey, when a nuclear submarine runs aground right outside your offices, you FILM THAT SHIT, right? Then the New York Times ran an article about it (although the headline was "Video Shows 'Stealth' Nuclear Submarine Stuck in Scottish Mud" so it's really about the video upload, not the submarine per se) which included this bit of crack reporting:

Right now, though, the Astute would have a hard time sneaking up on an otter, as Helen Birch, a colleague of Mr. Yoxon’s at the International Otter Survival Fund on the Isle of Skye, confirmed in a telephone interview with The Lede minutes ago. After explaining that Mr. Yoxon had shot the video of the beached submarine uploaded to YouTube, Ms. Birch was kind enough to put the phone down, go to an upstairs window of the otter group’s offices and look to make sure that the Astute was still stuck. It was.

But it isn't leaking nuclear fuel or anything, according to the British government! Everything is fine, just fine. And that is your British naval update for the day. [NYT]