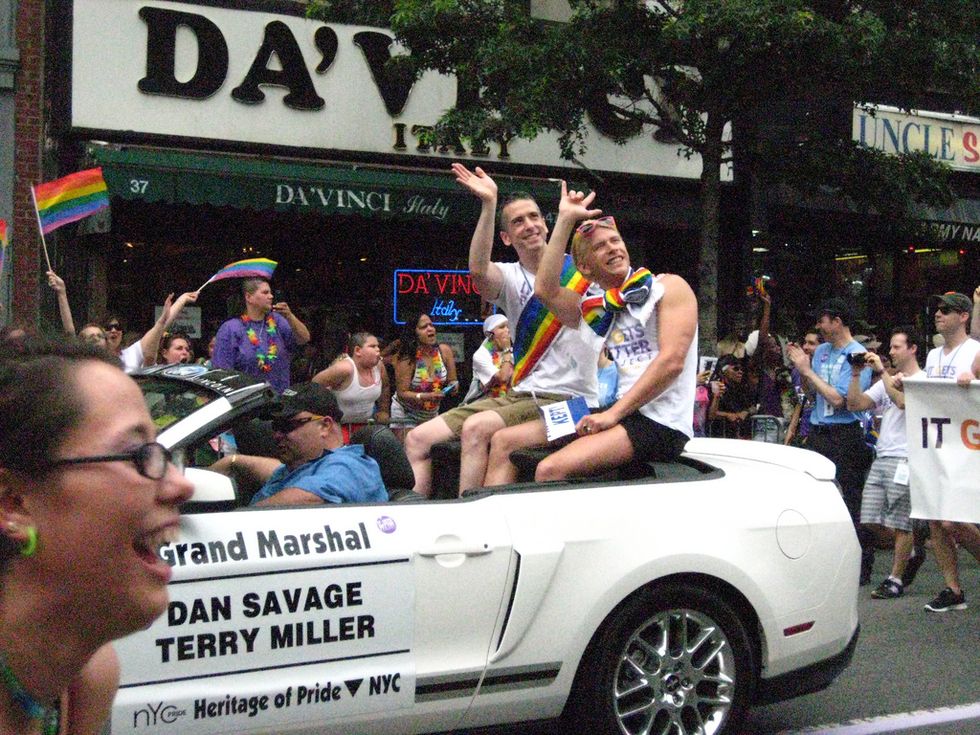 First the lesby-friends singlehandedly poison-pilled the Violence Against Women Act, by asking if pretty please they could be included in legislation to Stop Beating Your Wife. Now they and their Proud Mary male gay counterparts are ruining Republicans' chances of ever getting to vote for an immigration bill -- because if they don't it is "demographic" "suicide" "blah" "blah" "blah" -- by having their Demoncrat familiars in the House and Senate twirl their mustachios and ask if they wouldn't like to be able tosponsor immigrant spouses just like the straights!

HOW IS A REPUBLICAN SUPPOSED TO VOTE FOR THAT? Next you will be amending the immigration bill to mandate Gay Voodoo Chicken Fuckings in Liberty's crown/visor thing! Is that open again yet? Can we fuck some chickens there?

Senate Judiciary Committee Chairman Patrick Leahy (D-Vt.) has told advocates that he will offer an amendment during the bill markup next week allowing gay Americans to sponsor their foreign-born partners for green cards, just as heterosexual couples can. The measure is likely to pass because Democrats face pressure from gay rights advocates to deal with it in committee, rather than on the Senate floor, where the odds of passage are far less favorable.

But by doing so, Republicans warn that Democrats will tank the whole bill.

“It will virtually guarantee that it won’t pass,” Sen. Marco Rubio (R-Fla.), a member of the Gang of Eight negotiating group, told POLITICO in a brief interview. “This issue is a difficult enough issue as it is. I respect everyone’s views on it. But ultimately, if that issue is injected into this bill, the bill will fail and the coalition that helped put it together will fall apart.”

Think about it: Do you really want Andrew Sullivan's husband to be able to sponsor him so he can run shirtless and hair on fire around Martha's Vineyard, like whenever he wants?

DID WE MENTION HE WOULD NOT BE WEARING A SHIRT?

Now how are Republicans supposed to be able to get any Messican votes anytime in the next 40 years, and also too how are the giant agricultural concerns in Georgia supposed to get any workers, and also too next thing you know Dan Savage is going to gay marry nine different Nigerian children, for NAMBLA, and he will cold run a Nigerian Banking Scam right out of the Stranger offices, and NOBODY WILL BE ABLE TO STOP HIM, NOT EVEN GOD.

Fucking Leahy. Why do you hate God?