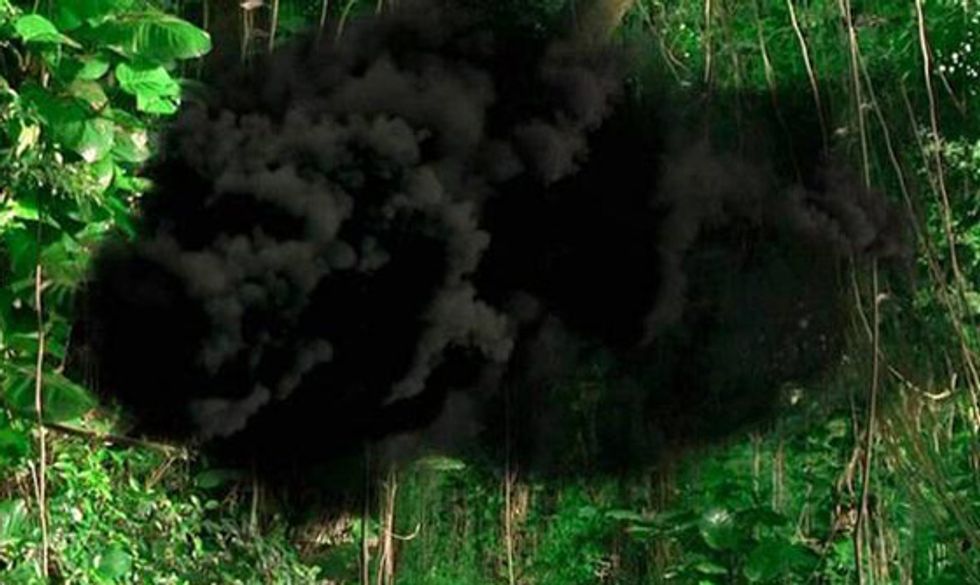 Your editor thinks it was adorable when young Riley Waggamansaid this morning that "Democrats win" on this whole tax cut thing, because c'mon, Riley, even Democrats themselves don't think that. You are Thinking Progress too much. According to Dick Durbin, Nancy Pelosi, and "many other House and Senate Democrats," that strange, menacing smoke monster that makes them do things they don't want to do is floating around being VAGUELY THREATENING again, so now they have to make a deal on tax cuts they don't want to make. "In return, Republicans said they would probably agree to extend jobless aid for the long-term unemployed." They're letting Democrats kill off a valid "Republicans hate the unemployed" talking point. How nice of them.

In meetings with administration officials after the Senate votes, the House speaker, Nancy Pelosi, and many other House and Senate Democrats voiced deep unhappiness at the prospect of extending all the tax cuts and also expressed their belief that the White House did not appear to be getting enough for such a big concession, officials said.

But what are you going to do? Smoke monsters: They force you to give Republicans whatever they want.

Democrats could shut down Senate business until Republicans are shamed into extending unemployment benefits, but they would worry about their precious middle-class tax cuts, and economists tell them they need these tax cuts, because Americans need to devote every single dollar they do and do not have to increased inches of flat-screen televisions.

Thus these tax-cuts, passed in a time of prosperity for no reason at all except maybe to run up huge government deficits, will never die. Republicans can keep getting extensions for them until they wield enough power to make them permanent, but they will never have too little power in the minority not to be able to keep them around.

And breaking news: The Democrats have no backbone and will somehow get screwed in messaging on an issue on which America totally agrees with them. The end. [NYT]