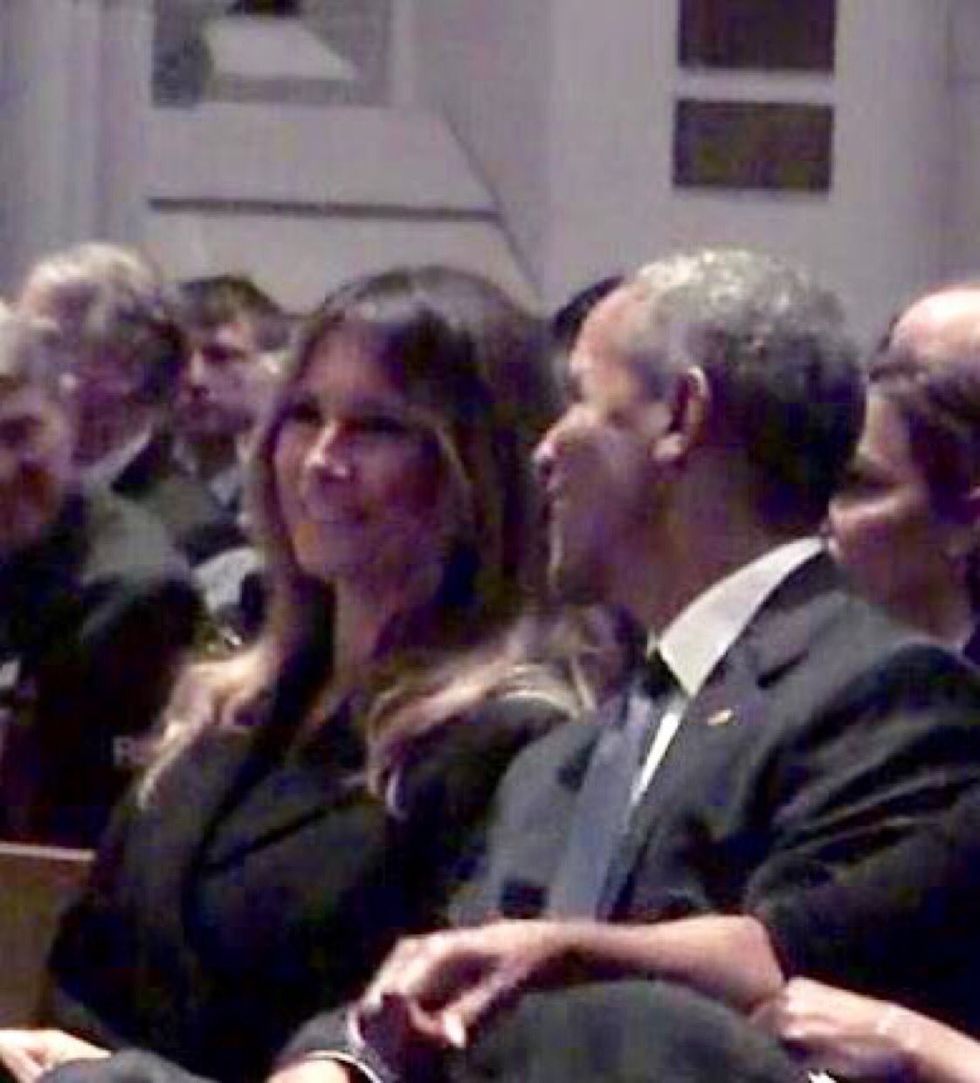 Did you all have a nice weekend? We did! And Melania Trump did! She represented the Trump family at the funeral for Barbara Bush, which, regardless of your politics, was a lovely event. Donald Trump had a weekend of golf and Twitter, and, though it was entirely appropriate for him to skip the funeral as the sitting president, the difference between his weekend and his wife's weekend sure did make for quite a contrast!

By now you have seen this picture:

Wow. Three presidents and their wives surrounding Republican George H.W. Bush, whose wife just died: His son, Republican George W. Bush, with one arm around his wife Laura Bush and his other arm around Hillary Clinton, whom he sat next to at the Trump inauguration after her devastating "loss" in the 2016 election, and to whom, after Trump's inauguration address, he remarked, "That was some weird shit," because it was; her husband, the Democratic President Bill Clinton, who is known as an unofficial son to George H.W. Bush; Democratic President Barack Obama and former first lady Michelle Obama, who is buddy-buddy with George W., and who is as naturally as anything in the world posing with First Lady Melania Trump, wife of El Dipshit, as if to say, "Your husband is never going to be accepted into this group, but we'll let you in."

It's enough to bring a single bald eagle tear to your eye, if you like American shit like that!

A picture from the front row of the church during the funeral -- to which Melania did not bring Stormy Daniels's lawyer Michael Avenatti as her date, but we wouldn't blame her if she had, because come on, they'd be adorable together -- is getting quite a lot of attention:

Obama: you know that upsets him