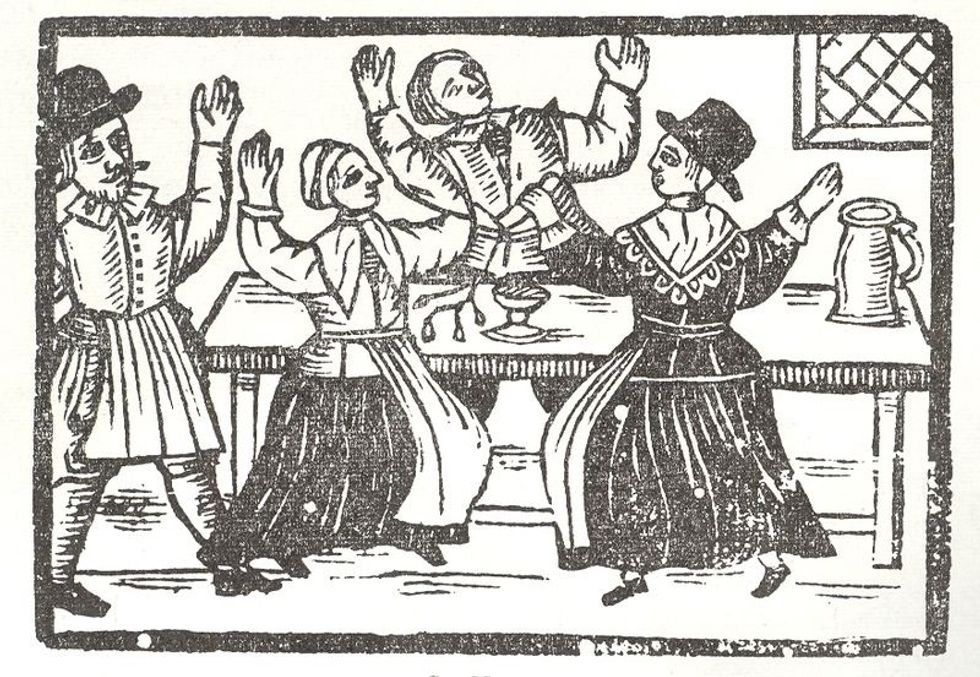 Now that the Trump Era is fully in place, seems at least a couple of Southern Gentlemen are being anything but gentlemanly when it comes to the unspeakable rudeness of Senator Elizabeth Warren, who Started It Anyway when she read aloud Coretta Scott King's testimony against Senator Jeff Sessions. Something about that nasty Elizabeth Warren just brings out the Inner Jerk in some Republican men, not that you'd really tell, since their Outer Jerk is pretty much all you see anyway. Consider this tweet from Mike "Mr. Decorum" Huckabee Wednesday, promoting a guest spot on Fox Business, in which the twice-failed presidential candidate and total holy man, you bet, promised to yell at Warren real good:

Yes, he went there -- called her a "scold" and everything, as one must needs do when an unladylike harridan speaks ill of a good ol' boy who's never meaning no harm, except maybe to some blackamoors' voting rights. Somehow he managed not to call her a harpy. We can also be thankful he's a Huckabee of little learning, or he might have recommended she be fitted with a "scold's bridle."

But Elder Huckabee was not to be outdone in relishing the Massachusetts Senate-wench's chastisement. Sen. Lindsey Graham, apparently worried that his occasional squeaks of opposition to Donald Trump might make him too tolerable to progressives, also took the opportunity to glory in Warren's being told to stop quoting that turbulent civil rights negress at poor Sen. Sessions, since clearly Warren has no understanding of basic comity, and did rant so, like a woman possessed, as he explained on the Mike Gallagher Show Wednesday: