Election 2013 Loose Ends: America Elects A Whig And A Klingon 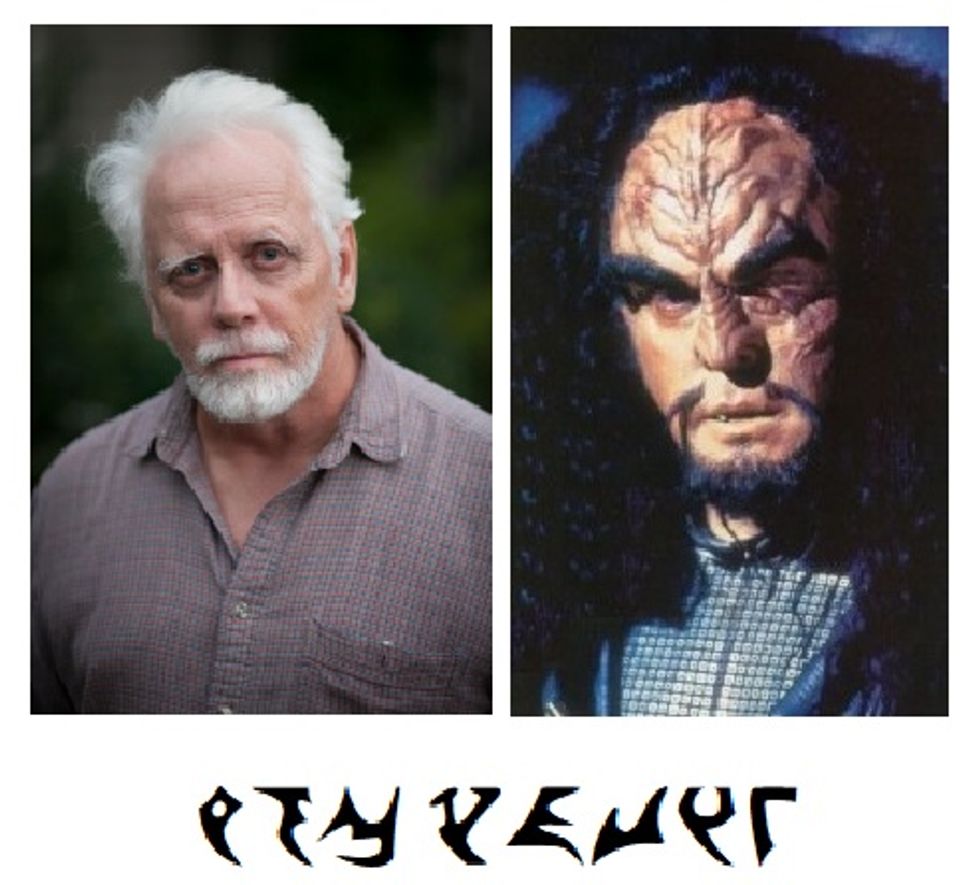 Big news, everyone! American political diversity expanded considerably with Tuesday's elections. In Ulysses, New York,voters elected to their town board actor J.G. Hertzler, a human who is best know to fans of the Star Tracks: Deep Space Nine television program as "Chancellor Martok." Martok, of course, helped lead Klingon forces in the Dominion War (not including that unfortunate period where he was temporarily replaced by a Changeling, duh), and eventually became leader of the entire Klingon Empire. We can't say with any certainty that Hertzler is the first Klingon elected to office in the USA, but he is definitely the highest-ranking. A former employee of the Environmental Protection Agency during the Nixon administration, Hertzler was elected on a platform that strongly opposed hydraulic fracturing as an environmental threat. Our respect for the integrity of science fiction franchises prevents us from making a Battlestar Galactica/"fracking" joke here. Qapla’! Board Member Hertzler.

And in Philadelphia, voters have elected Robert "Heshy" Bucholz, a member of the Modern Whig Party, to the office of election judge in the Rhawnhurst section of the city. Buchholz won against a Democratic opponent by a lopsided 36 to 24-vote majority, giving him a mandate to get all Whiggish in doing whatever it is that the office entails.

Buchholz told the AP that he was attracted to the Whigs' "fiscally conservative but socially liberal views" and that he believes the party represents a "middle path" between the polarized Democratic and Republican parties, but we suspect that he mostly is a smartass who just likes saying "Whig" all the time, because really, who whouldn't? Whe sure whould.

The AP report notes that Buchhols says he is "a little bewildered" by the media attention his whin has received, since his whife Dinah is usually the big celebrity in the family -- she is the author of The Unofficial Harry Potter Cookbook, which is an actual thing that you can buy. Dinah Buchholz was also elected Tuesday as an elections inspector, which is like a whole different office. Needless to say, we have no choice but to proclaim them Wonkette's Power Couple of the Week. MajQa', Huj nuvpu'!