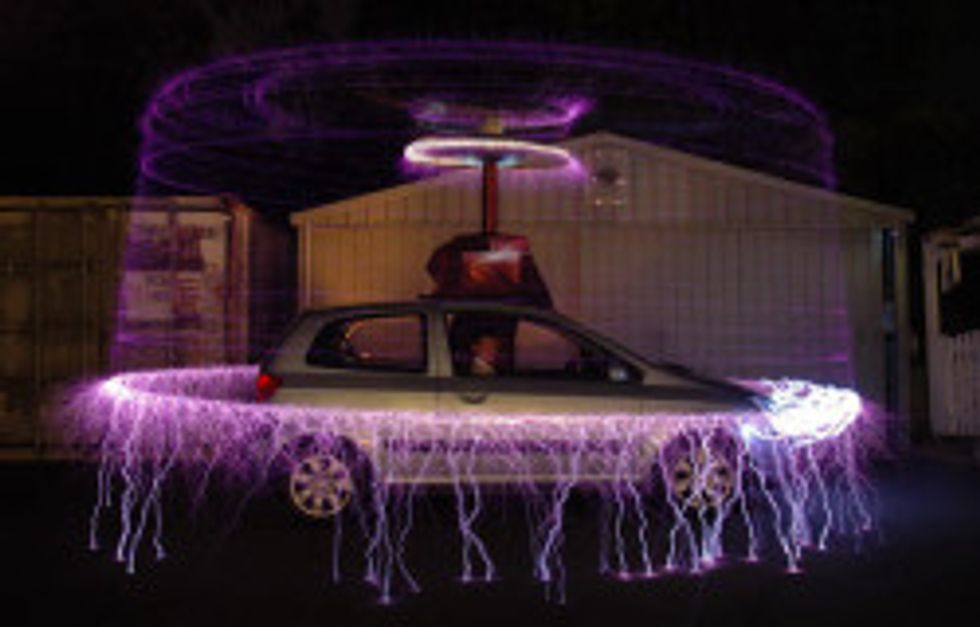 Five hundred million American bucks, chiseled out of your ass, and “loaned” to a South Africanbillionaire who’s building an all-electric luxury car and… it worked?

Looks like it! OK, yes, this is Tesla’s first quarterly profit in ten years. And yes, it’s not clear whether Tesla CEO Elon Musk is an actual James Bond supervillain or just comically bad at public relations. Nor is it clear whether the batteries in the cars he makes will work for ten years, like a normal engine, or for six months, like that shitty phone you bought and are now stuck with, like a chump, until it falls in the toilet.

And yes, it would be nice if this weren’t a political issue. It would be really awesome if we could all agree that the ability to raise private capital is not the sole standard by which an idea should be judged. And it would be so fucking rad if Tesla's or any other successful public-private partnership would cause just one erstwhile blowhard to say, “Well ya know what by gosh, maybe it does make sense to borrow at a negative interest rate to temporarily support innovative domestic industries during an economic crisis, also too!”

But no, it will be business as usual in the Fever Swamp: Tesla remains a failure, Barack Obama drone bombed the stock market, and government money is always poison and if you spend it at Denny’s then Denny’s will die, and then America dies.

So let’s leave them to that. Meanwhile, we real-worlders can be content knowing that it looks like Keynes had the right idea after all, despite his being, in econo-historical terms, a homosexer.