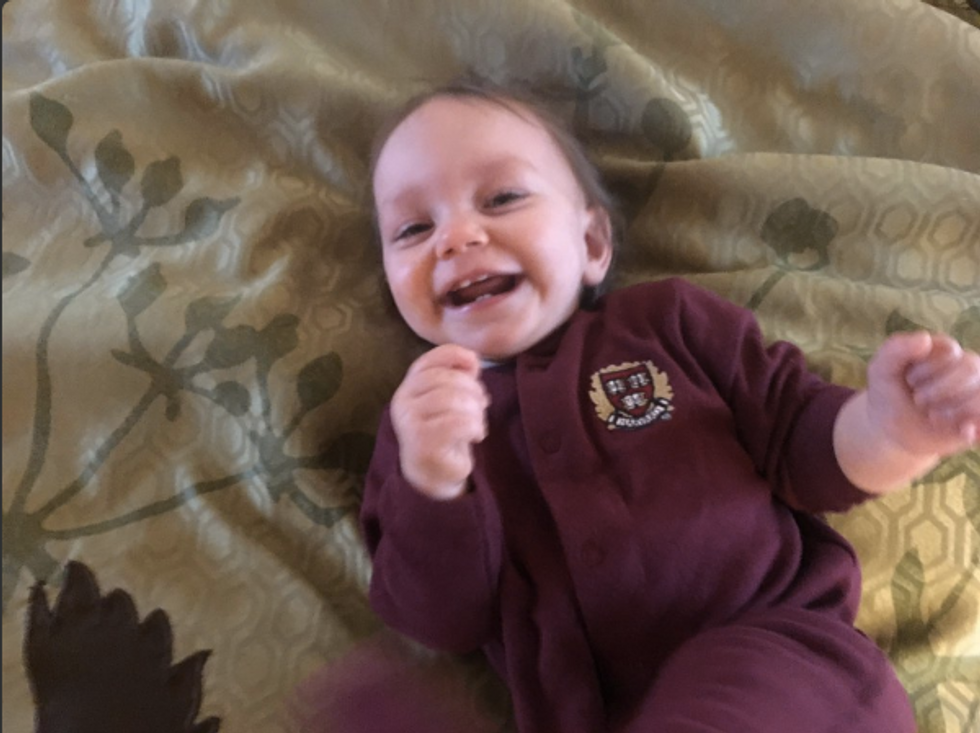 AHOY WONKERS, HOW'S TRICKS? We are fine, thank you for asking. Welcome to Saturday, the day when we deliver unto you the weekly Top Ten List, full of all your favorites from this past week! READ THEM ALL! Or read them again and check out the new comments to see if someone said something super clever or whatnot!

But first, if have enjoyed your time here this week and other weeks and also all of the time always, won't you please click on this link right here to donate some alms for the editors and writers you love so dearly? Because we love YOU, dear readers, all of whom are looking very attractive today, we must say. Are you doing something new with your hair? Donate $5, $10, $25...whatever you've got on you so that Rebecca can justify having purchased a new human (that would be me! Hello!) and also send the Wonkette Baby to HARVARD.

You do not want the Wonkette Baby to cry, do you? No you do not! Because you are all very nice people!

Anywho, let us commence with the listing of our top ten articles from this week! THEN MORE BABBY PICTURES!

2. A server in a Chinese restaurant got in trouble for mocking some jerk hipsters who were acting like jerks.

3. The FBI totally proved they were all paid shills for Hillary Clinton by not finding anything incriminating in her emails.

4. Camile Paglia had it UP TO HERE with Hillary's gross wormwood tits.

5. Attorney General Loretta Lynch kicked North Carolina's ass, announced that the Justice Department would be supporting the rights of trans people to use the correct bathrooms!

6. Wingnuts made a lot of terrible jokes about Elizabeth Warren being A FAKE INDIAN in our deleted comments.

8. Former Arizona Governor Jan Brewer told Jake Tapper all about how she is a COOL GIRL who can totally hang out with the guys, not like those other girls who get all offended when Donald Trump calls them bimbos.

9. Sean Anderson, a Bundy militia dude known for going on a crazed rant, is very sorry and embarrassed now, but you have to understand that he was nearly murdered by birds.

PHEW! And that is that! OH, except there is one more thing we will ask of you, and that is to sign up for the Wonkette newsletter, if you have not done so already! All of the cool kids are doing it, and you know you want to keep up to date with all of our best things, and also our secret jokes and promotions and SEXXX chats!