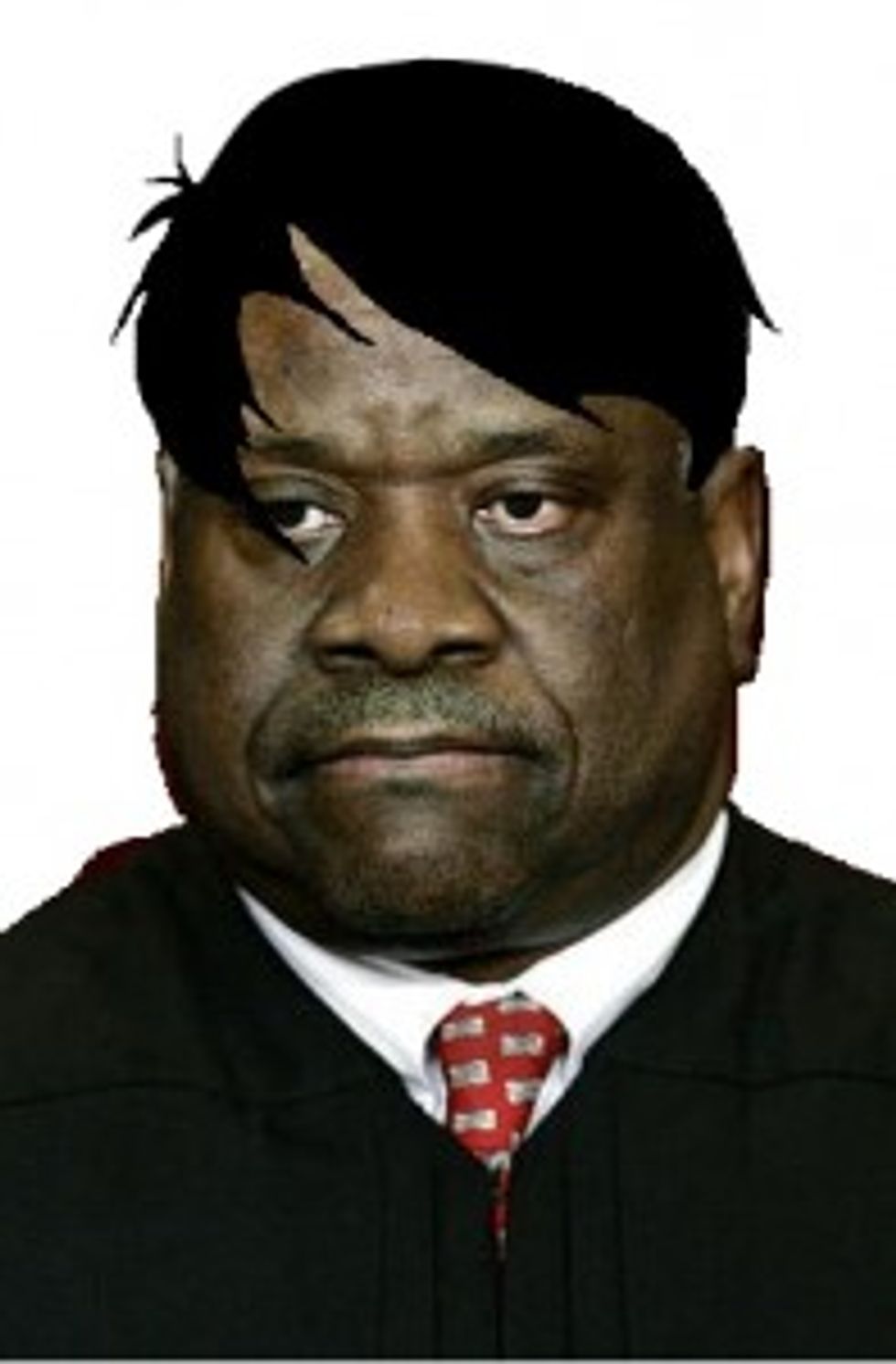 [Clarence] Thomas can on occasion be melancholy in his speeches, such as saying he sometimes envies the seemingly carefree lives he sees from his chamber windows. Several years ago, he told a group of high school students that he sometimes gets “morose,” and bucks himself up by reading inspirational speeches or retreating to the basement to watch the movie “Saving Private Ryan.”

What are some happier movies with which Clarence Thomas can console himself for the terrible burden of having a lifelong gig bossing presidents and snuggling with ol' Cuddles Scalia?