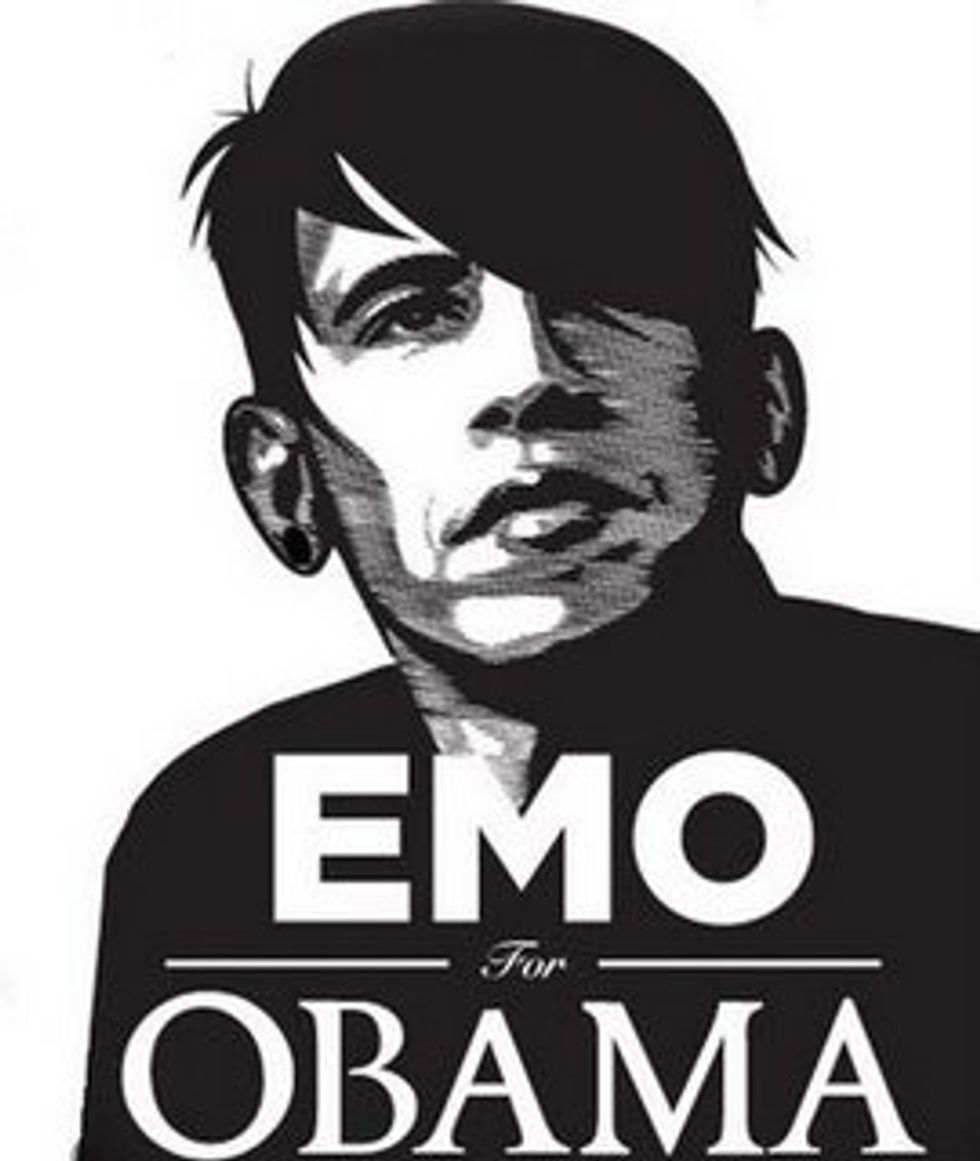 President Obama made his big post-election press conference this afternoon, and itturns out he heard about that election thing that happened last night too. He said his party received "a shellacking," but that wasn't merely a quoted pun from a Teenage Mutant Ninja Turtles cartoon he had seen; the president's tone and face were dire, and he doesn't seem to see too much room for this whole "bipartisanship" thing. Sure, maybe the Republicans will stop hating gays for a moment and let them serve openly in the military, but that's about it. Cap and trade? Yeah, any chance of that happening is pretty much over, the emo president mumbled. He's probably just going to lay on the couch in his sweatpants eating arugula chips for the next couple years, because he also said he's not going to just suddenly become a Teabagger.

Asked to reflect on the returns, he said, "I feel bad," adding that many Democrats who went down to defeat had done so knowing they risked their careers to support his agenda of economic stimulus legislation and a landmark health care bill. He blamed himself, in part.

Cheer up, young president. Economies improve eventually. It Gets Better.

"The relationship that I've had with the American people is one that built slowly, peaked at this incredible high, and then during the course of the last two years, as we've together gone through some very difficult times, has gotten rockier and tougher," Obama said.

Whoa, whoa, whoa, are you breaking up with America, or do you just want to express your melancholic attachment to us? It's always hard to tell with these damn emos.

Largely absent were his smiles and buoyant demeanor, replaced by somberness and an acknowledgment that his policies may have alienated some Americans.

Did Bo die or something? It's okay, Barry. Those Republican douches can't take away your health care reform for the next two years, no matter how much they gossip about you on Formspring and make mean drawings of you on the bathroom stalls. [WP]