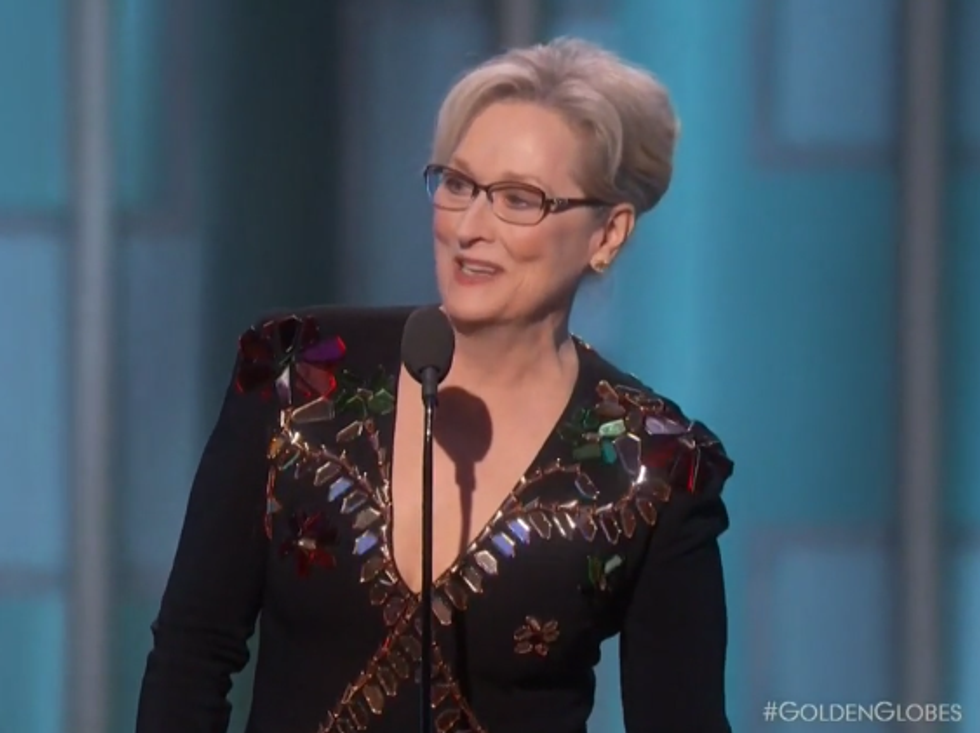 As we ate our liberal elitist Thai food at our neighborhood Thai watering hole Sunday night, we watched as Viola Davis presented the Cecil B. Demille award to Meryl Streep, America's greatest living actress, on the Golden Globes. Streep had lost her voice, but she made a speech anyway, and instead of thanking her agent and her hamster and Jesus, she decided to talk about the Hollywood Foreign Press, the "Hollywood" part and the "Foreign" part, and the "Press" part. And she utterly defenestrated, eviscerated, and fucked right up that grotesque orange asshole a solid minority of Americans voted to elect in November, without even once saying his name.

As we watched, we said to ourselves, "Oh, I DARE A MOFO to get on Twitter and call Meryl Effing Streep OVER-RATED." And because Donald Trump is a thin-skinned man-baby who takes dares Wonkette says in our brain, he delivered:

We don't need to paste the rest of Trump's tweets, because fuck him.

If you were not currently a homosexual American on Sunday night, you might not have seen this speech in real time, but that is OK because you are going to watch the video, YES JUST THIS TIME YOU WILL OBEY OUR INSTRUCTIONS AND WATCH THE VIDEO.