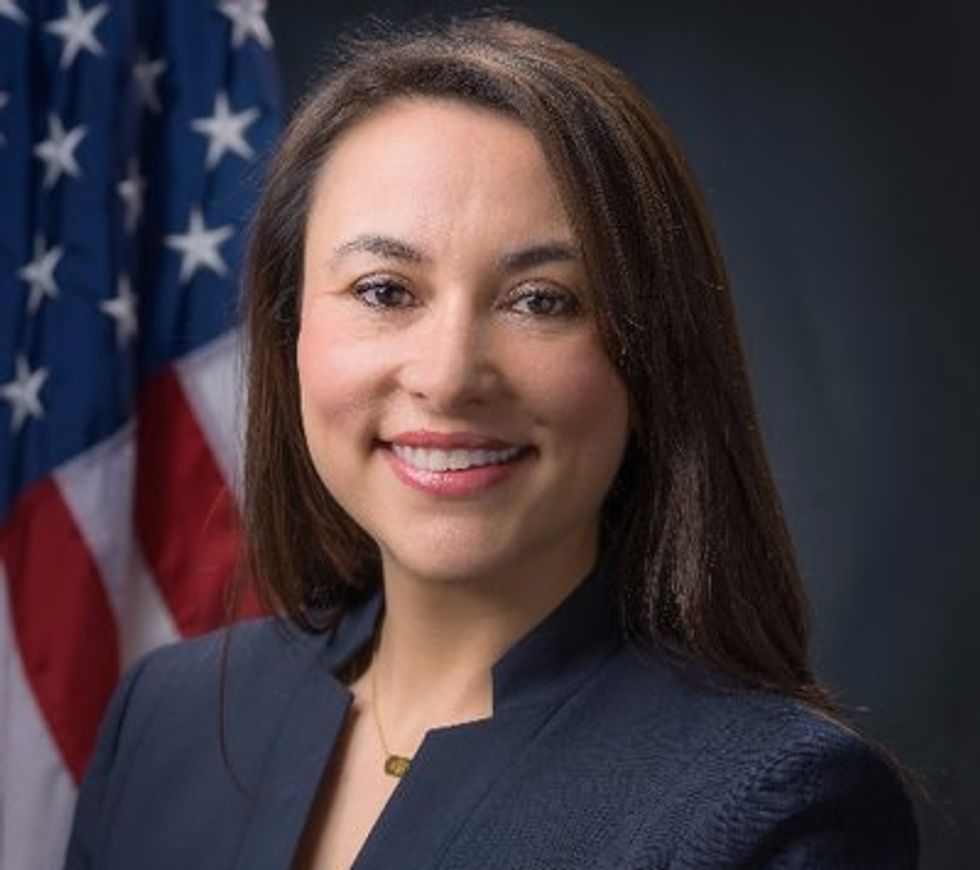 Environmental Protection Agency spokesperson Liz Bowman is really making a name for herself in the press. Of course, it's a name that 50 years ago would have been politely elided as "unfit for a family newspaper." Consider her reply this week to a request for comment on some detailed questions from the New York Times's Eric Lipton, who was preparing a major story on how the EPA has grown much friendlier to toxic chemicals after hiring Nancy Beck, a former executive at the American Chemical Council, the industry's top trade association. Instead of answering a single question, Bowman blew them off and replied:

No matter how much information we give you, you would never write a fair piece. The only thing inappropriate and biased is your continued fixation on writing elitist clickbait trying to attack qualified professionals committed to serving their country.

So that's professional communication in the Trump administration these days. The Times offered the EPA a chance to comment on or clarify a number of matters before the story went to press, and instead Bowman said there's no point in replying, because ELITIST CLICKBAIT and you hate America.

We first became aware that the official tone for EPA press releases had gone off the rails when the Associated Press did that story about flooding at EPA Superfund sites in Houston and the EPA released a statement attacking the reporters:

Yesterday, the Associated Press’ Michael Biesecker wrote an incredibly misleading story about toxic land sites that are under water.

Despite reporting from the comfort of Washington, Biesecker had the audacity to imply that agencies aren’t being responsive to the devastating effects of Hurricane Harvey. Not only is this inaccurate, but it creates panic and politicizes the hard work of first responders who are actually in the affected area.

Not mentioned in that press release? The AP's lead reporter for the piece, Jason Dearen, was very much in Houston, and had been to all the Superfund sites he described, with video of him going there, for chrissake.

Commenting on this week's fuck-tussle with the EPA, NYT Washington bureau chief Elisabeth Bumiller told WaPo journalism blogger Erik Wemple simply, "It’s an unusual statement coming out of the EPA, let’s put it that way," and so Wemple put it that way -- and also noted that your average clickbait story doesn't get into the weeds of how toxic chemicals are classified by government agencies. Perhaps Bowman was thinking of the Times's follow-up piece, "You'll never BELIEVE what happened when this adorable kitten got into the perfluorooctanoic acid (PFOA)!"

Today, Wemple documents yet another exchange between Lipton and Bowman, in which Lipton just wanted confirmation, for the same story, on a couple of simple questions: What was a guy's exact title, and when did he start working at EPA? A website that covers the energy industry, E&E News, had reported the guy had actually started work at EPA before he was confirmed by the Senate, so Lipton wanted to make sure that was right.

Instead of answering the questions, which would have required her to write down the guy's title and a date, Bowman replied by sending him a link to USA Today and the link to the E&E News story that said the guy started working before he'd been confirmed. Lipton got a bit uppity, and emailed back:

So that to me is confirmation from the EPA that he is working at EPA and that he arrived this week.

Then another EPA comms office person, Jahan Wilcox, jumped in and emailed Lipton,

If you want to steal work from other outlets and pretend like it’s your own reporting that is your decision.

Lipton patiently wrote back to both:

My job is to get direct confirmation of facts.

I do not rely on other news outlets, repeating what they have reported, without getting direct confirmation.

You avoid Fake News that way.

Bowman replied that Lipton darn well better quote as his sources USA Today and E&E News, and then Wilcox cc'ed the whole conversation to those two sources, writing to Lipton,

Adding the two outlets who you want to steal their work from to this email.

So. Fucking. Petty. Ultimately, Lipton didn't mention either story, says Wemple, because by the time the story went to print, "reporting on Dourson’s status at EPA had already been picked up by other outlets, to the point that it was a congealed public fact." He then notes that it's really not normal for a federal agency's press people to start "preemptively refereeing protocols for story credit among media outlets. Talk about regulatory overreach!"

Liz Becton Is The Meanest Person In DC

We can hardly wait to get our very own condemnatory email from Liz Bowman on this story, because we certainly have gone out of our way to portray her and her comms shop in the most negative light possible. We would even go so far as to say that she may well not be a very nice person at all, and we stand by that. We wonder if she flips her lid when you call her "Liz"?

Yr Wonkette may be elitist clickbait, but we depend on donations from YOU. Please click this clickbait linky to send us money!