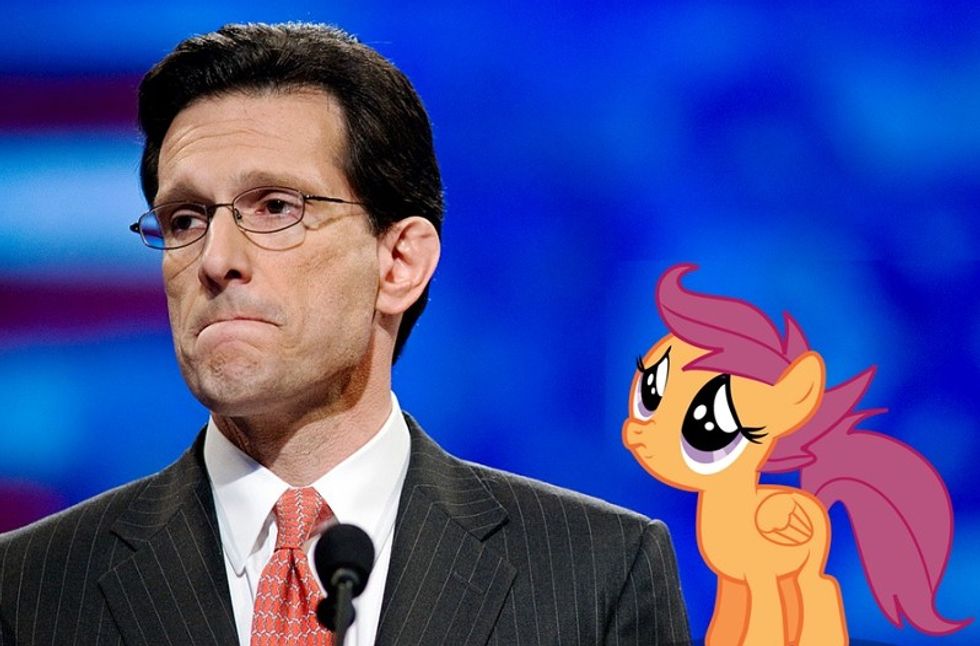 It's a sad week for Democrats, and a really happy week for Republicans, at least most of them, except maybe for Scott Brown, who's busy crying bitter tears and checking the real estate listings in Vermont and Maine.

But it turns out that Brown is not alone in feeling left out from the victory party. On CNBC, little Eric Cantor snuffled that, unlike all the Republican senators-elect who've been hearing from That Man In the White House, Barack Obama hasn't called him even oncesince he lost his primary back in June.

The seven-term Republican congressman from Virginia said on "Squawk Box" he did hear from Vice President Joe Biden "several times," in addition to many colleagues on both sides of the aisle, offering words of encouragement.

But not a word from Barack Obama. Imagine the nerve -- and after all the nice things Cantor said about the president, like the time he congratulated him for finishing George W. Bush's mission of killing Osama bin Ladin or all the times Cantor reached out to Obama in the spirit of bipartisanship.

Poor lad. Now all he has to comfort him is his cushy Wall Street job and all the money that came with it. Really, Eric Cantor just wants people to like him. Or give him money and power, that's nice, too.