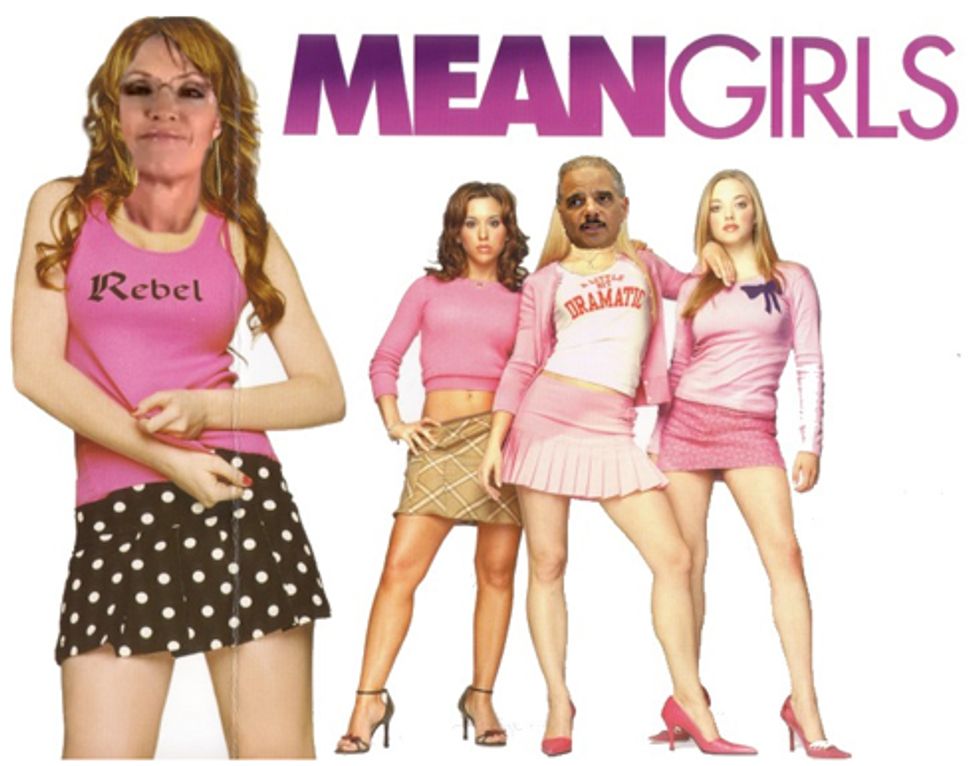 Turns out that Eric Holder is turning into the Obama administration's very own Spiro Agnew. He hasn't quite achieved Agnew's level of verbal brutality -- Hunter S. Thompsoncalled Agnew "a flat-out, knee-crawling thug with the morals of a weasel on speed" -- but for these degraded times, Holder ain't bad. He took on Louie Gohmert and disparaged his asparagus, and now he's refudiated Sarah Palin's eloquent argument in favor of impeaching Barack Obama for arrogantly not shooting Guatemalan 6-year-olds on sight:

Speaking with Pierre Thomas on ABC News' "This Week," Holder took a swing at Palin, dismissing her credentials for making such a statement.

"She wasn't a particularly good vice presidential candidate," Holder said. "She's an even worse judge of who ought to be impeached and why."