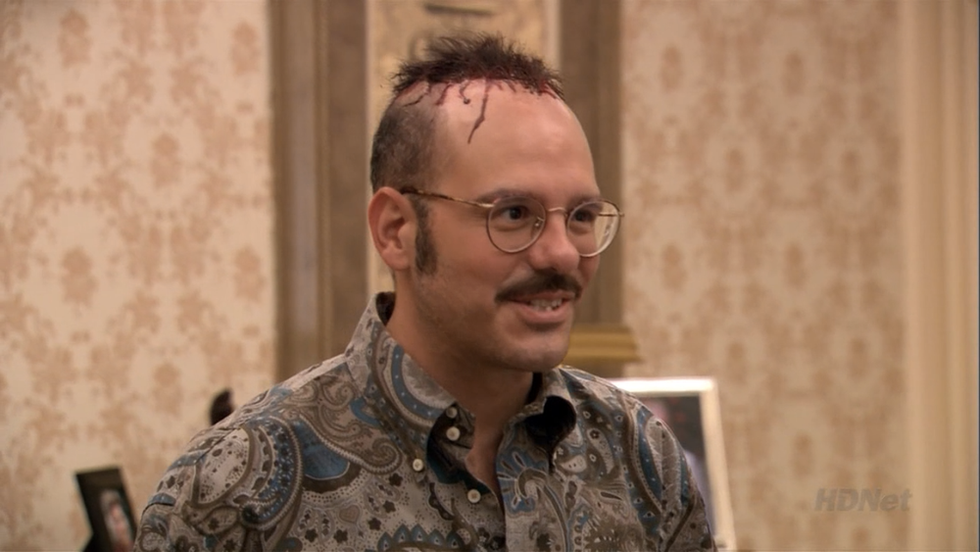 We don't know how we missed this delightful Daily Beast story back in September, but with Eric Trump's 'charity' in the news because of how it is 15 kinds of shady, it is time for us to go back in time, to simpler, happier days, where we will read and laugh!

How much money did Eric Trump's charity spend at his dad's golf courses, for 'charity'?

Hundreds of thousands of dollars a year! But it's okay, because it was for "stuff."

Isn't there a law though that says the golf courses had to charge Eric Trump's foundation some money?

LOL sure, just ask The Best Most Greatest Lawyer, Michael Cohen, who also thinks by definition you can't rape your wife.

When asked why the Trump Organization didn’t donate the use of the courses, Michael Cohen, a longtime attorney to Donald Trump and board member on the Eric Trump foundation, said, “I believe there are certain rules that you do have to pay for certain things—they’re not marked up. It’s inexpensive. I think there’s some law that says you have to.”

There is no such law.

Wait though what the fuck is this "plastic surgery for children" thing Eric Trump was giving money to, it must mean like "cleft palates or something," not just Lindsay Funke raising funds for Tobias's Graft vs. Host Disease, right?

Well, sometimes. But other times the charity, the Little Baby Face Foundation, literally diagnoses "crooked nose" as a "deformity."

By 2013, [the Eric Trump Foundation] had given $15,000 to The Little Baby Face Foundation, a controversial charity run by a Manhattan plastic surgeon that provides surgery for children with big noses, large ears, and other more serious facial deformities so they can face bullies at school—one which critics have warned sends a warped message to such young children.

Now Eric Trump doesn't get to raise money for St. Jude Children's Hospital anymore, and Donald Trump is going to dissolve his 'foundation,' ARE YOU HAPPY NOW?