Esteemed Teevee Journalist Would Like Ted Cruz To Say A Spanish, For Journalism 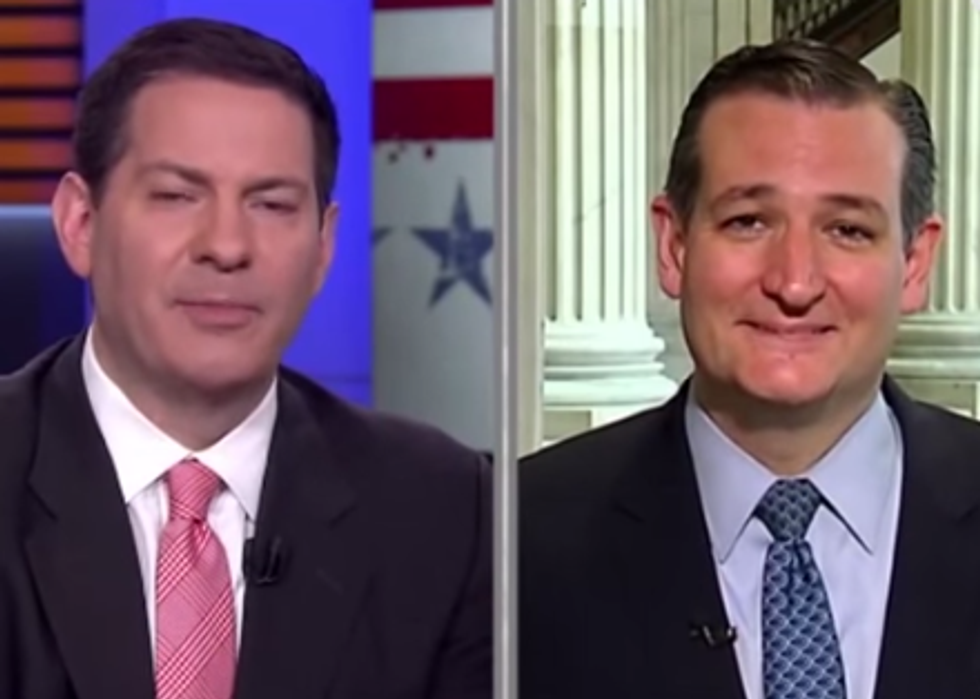 Mark Halperin is a hack whom everybody hates, who does hacky "journalism" and somehow, because the world is not fair, makes more money than yr Wonkette. Ted Cruz is an obnoxious, entitled asshole whom everyone hates, who has always been an asshole, who thinks he doesn't have to playby any rules, but who adorably think he has a chance in hell of becoming president someday. He also has Cuban heritage, even though he actually invaded America from the north. So Halperin decided to interview Cruz, and what SHOULD have been a perfect demonstration of hack journalism, akin to two men using a double-headed dildo backing up into each other repeatedly, instead turned into a big gross racist thing where we ALMOST felt bad for Ted Cruz. Almost.

Ostensibly trying to figure out whether Cruz is REALLY a Hispanic Cuban Messican, Halperin asked the important, racist questions:

Halperin: You got a favorite Cuban food, Cuban dish?

Cruz: Oh, I grew up eating Cuban food all the time ...

Score one for Cruz! What else, Halperin?

Halperin (looking ALL serious and like he's asking real questions): You like Cuban music, you got a favorite Cuban singer?

Cruz: You know, I have to admit, in that, I'm much more of a Texan, I tend to listen to country music more than Cuban music.

Uh, huh, and of course, if Halperin were a REAL JOURNALIST like all of your Wonkettes, he would have immediately been able to follow up with "Yes, but I mean pre 9/11, before your musical taste magically changed? What Cubano music were you listening to before EVERYTHING CHANGED THAT DAY?"

All right, Halperin, put a big racist cherry on top:

Halperin: All right, finally,  we wanted to give you the opportunity to directly welcome your colleague Senator Sanders to the race, and I'd like you to do it, if you would, en español.

Mark Halperin would like you to MAKE A SPANISH, Sen. Cruz! Could you put on this sombrero while you FUNNY TALK? Cruz, to his credit (we cannot believe we just typed that), declined to act as Halperin's singing, dancing, exotic monkey, and ended the interview. Halperin chuckled to himself, because he knew he would get to go home that night and pleasure himself to a rousing climax, thinking about all the hard-hitting journalism he did that day.

Look, as we said, Ted Cruz is a giant dick. It sure is saying something that he was able to go into an interview with the lamestream media and end up looking like THE BETTER GUY, but that's just how much Mark Halperin sucks at his job. For the record, Halperin says he is very sorry, but we assume cannot promise that he won't do it again.