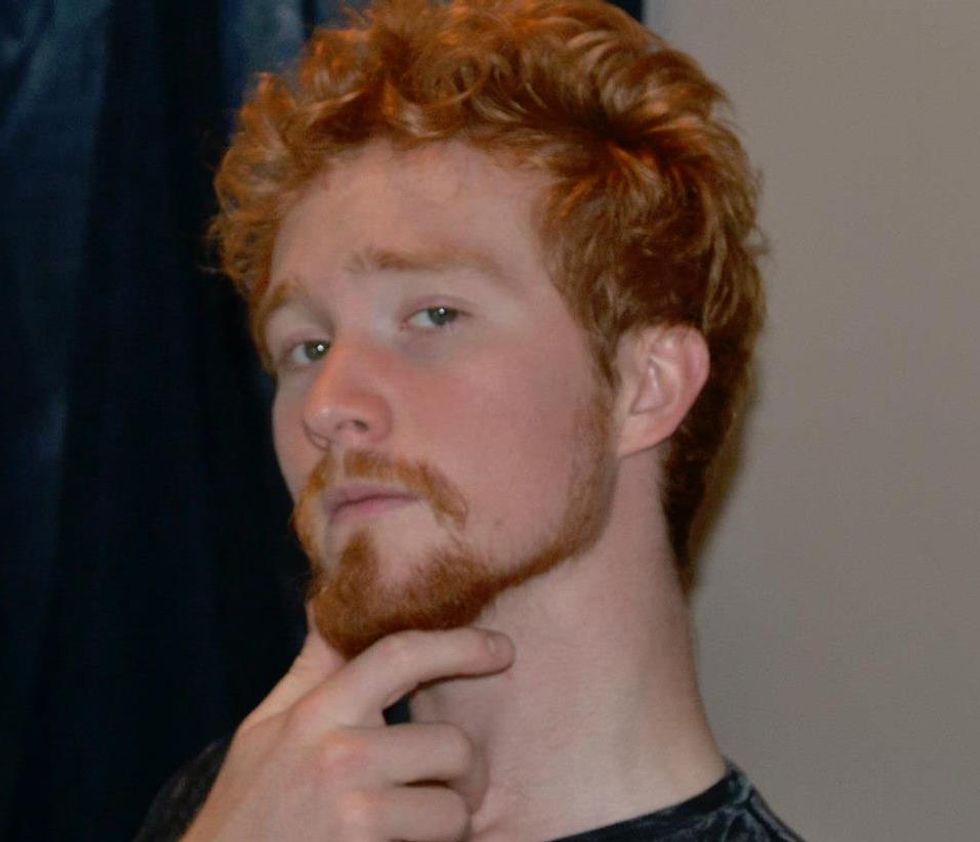 Last week, a 13-year-old girl ran from her home while her stepfather and stepbrother were "out for a jog," banged on the door of a neighbor, and told them that the men had been keeping her locked in their basement. Police were called and the girl told them she had escaped by finding a key and unlocking the iron leg shackles holding her in place. She told them this was a punishment for having wet the bed, and that she had been locked up like this several times before, including once for an entire year. She was forced to eat spoiled scraps of food, and to go to the bathroom in a bucket of ammonia rather than an actual toilet. She also told them she had not been to school since the first grade.

Toledo police soon arrested 53-year-old Timothy Ciboro and 27-year-old Esten Ciboro on kidnapping and child endangerment charges, and the other children in the home were removed to foster care.

Esten Ciboro, it turns out, has a lot of opinions about where people should be going to the bathroom! In fact, just a few weeks before the girl escaped, he was posting on Facebook about how VERY MAD he was about Target's inclusive bathroom policy, which allows trans people to use the correct bathroom.

Let's take a moment and get this straight! Putting a 13-year-old girl in iron leg shackles and locking her in her basement is a very wholesome and Christlike activity, and forcing her to relieve herself in a bucket of ammonia is totally fine -- BUT, letting trans people go to the bathroom in a regular bathroom that is not a bucket of ammonia supports CONFUSION. That's what he thinks is a really big problem. And he was probably typing that out as there was a middle schooler chained up in his basement.

Here is another picture of him, by the way, which I felt was important to include here:

Esten, a Trump supporter, was also very concerned with an advertisement for Cedar Creek amusement park featuring a cartoon doing a "devil horns" hand gesture, suggesting that this means they were in league with the devil.

And, again, not concerned with the fact that he had a 13-year-old girl locked up in his basement.

Now, sure. There are psychopaths on all sides! Surely we've got ours as well, though I would venture to guess not as many. I am not suggesting that ALL transphobic assholes have 13-year-old girls shackled in leg irons in their basements. It's probably only something like 30 percent. Still, it is rather fascinating that someone can so firmly believe they hold the moral high ground, and express deep concern for the well-being of the children of this world, WHEN THEY HAVE A 13-YEAR-OLD SHACKLED IN THEIR BASEMENT AND ARE MAKING HER PEE IN A BUCKET OF AMMONIA.

The father, for what it's worth, is a real piece of work as well. In a jailhouse interview he repeatedly expressed his concerns for the well-being of his other two children, but not for the girl he'd kept locked in the basement.

My, what holy and righteous people they are!